Under Schauna Chauhan Saluja, Parle Agro is growing despite all the odds.
By Nevin John | Print Edition: October 9, 2016 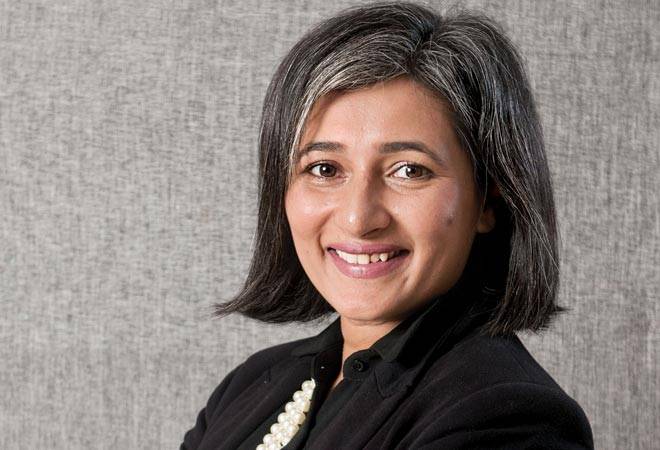 About a year and a half ago, Parle Agro had relaunched Frooti in an effort to differentiate it from rival brands. The company began intensive campaigns with its celebrity brand ambassador, actor Shah Rukh Khan, to woo both children and adults. The effort seems to have paid off. "We have increased the market share after the relaunch. Touch wood, we are going strong," says Schauna Chauhan Saluja, Chief Executive Officer, Parle Agro. Indeed, Frooti's market share rose 160 basis points in one year.

The 40-year-old Saluja, the eldest daughter of company founder Prakash Chauhan, leads the charge of Parle Agro amid growing competition from multinational beverage giants. "As a retailer, we are the largest seller of Frooti. The relaunch of Frooti has worked out well, connecting the brand with the youth. The company has expanded well amidst intense competition from MNCs," says Devendra Chawla, Group President - Food, FMCG, Brands at Future Group. Frooti grew its sales by 12 per cent last year while the category growth rate was just 1 per cent. Parle Agro has now embarked on repositioning of its carbonated apple juice Appy Fizz, roping in actor Priyanka Chopra as its new brand ambassador. The company has seven beverage products including bottled water brand Bailley. It has also forayed into the food market with its brand Hippo.

Saluja counts the construction of a manufacturing plant in Uttarakhand as her biggest achievement this year. "It is a plant that has been designed with the best process flow for manufacturing? We are also focusing a lot on simplifying the business with the use of automation," she says. The plant would be up and running by December 2016. Saluja plans to set up the next plant in Karnataka in 2017/18.

Saluja, who completed schooling from International School at Kodaikanal, got a Bachelors degree from the Business School in Lausanne. Joining the family business subsequently was a logical step. After all, Saluja had grown up watching her father work from close quarters. She joined the companys board as a director in 1999 and became the CEO in 2006. "I never joined the business for becoming rich. I wanted to make a difference to the people who work at Parle Agro." She believes that her confidence came from her parents.

Parle Agro has 14 beverage and 48 Bailley packaged drinking water manufacturing plants. Schauna travels a fair amount, along with her technical and quality team, visiting the manufacturing units spread across the country.

A major challenge for Saluja, she says, is developing a robust leadership pipeline in the company. "Its relatively easier to identify and assess experts in specific functional or technical arenas. But it is difficult to determine whether they have the required people skills, leadership capabilities, business breadth and global diversity sensibilities," she says.

Saluja sees competition as healthy. "The competition drives companies to cut costs and focus on innovations." Its also important to learn from your failures, she says. "Remember to stand up again and reroute your path."

According to the latest data available, Parle Agro Pvt Ltd had registered a revenue of Rs 1,260.99 crore in the financial year ended in March 2015, up 26 per cent over the previous financial year. The net profit rose to Rs 107 crore from a loss of Rs  66 lakh in the same period.

Meanwhile, its all in the family for Prakash Chauhan. Salujas sister Nadia is the Joint Managing Director and Chief Marketing Officer of Parle Agro. "When we are stuck on something and neither of us would like to compromise, our father's decision is final," says Saluja.

She already has plans to pass the baton on to her son Jahaan in the future. She will consider herself successful if the transition is seamless, Saluja says.