Nusli Wadia, the Chairman of the Wadia Group and an independent director on Tata Steel, Tata Motors and Tata Chemicals boards, has threatened legal action against Tata Sons and sent a defamation notice asking it to immediately withdraw the charges against him. This is in response to the special notices Tata Sons had sent for removing him from Tata Steel and Tata Chemicals boards. The notices alleged that Wadia was working in concert with Cyrus Mistry and rallying other independent directors against the group. Interestingly, Wadia is a childhood friend of Ratan Tata and used to call J.R.D. Tata his mentor. Infosys CEO Vishal Sikka recently said the company's margins might be impacted in the near term due to anti-immigrant policies expected to be followed by the next US President Donald Trump. He said hiring people in the US would become more expensive but the company had so far not done any simulation on how large the impact would be. He added he saw no shortage of potential employees. "There are enough universities, enough ability to hire, enough ability to teach," he said. Trump's election has worried the IT industry due to his anti-immigrant stance while campaigning for the elections. 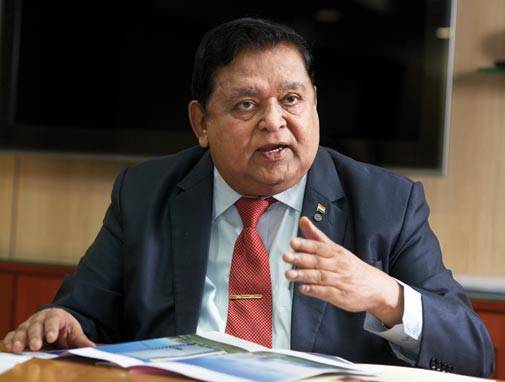 Larsen & Toubro, headed by A.M. Naik, laid off 14,000 employees across businesses in the first half of 2016/17, in what it called a strategic move to reshape businesses that were under-performing. "There are certain low performers [businesses] and we have to re-look at them. In this competitive world, you need to be agile and smart and move forward," said Deputy Managing Director and President S.N. Subrahmanyan. He added the layoffs were a one-time exercise. However, according to the general consensus, the move is the result of an economic slowdown. Former Massachusetts Governor Mitt Romney is reported to be serious about accepting the potential offer from US President-elect Donald Trump to serve as Secretary of State. Trump and Romney have been adversaries for long and have often made scathing comments against each other. However, according to some reports, a group of advisers to Trump is against the move and wants him to select former New York Mayor Rudy Giuliani for the job. Trump, though, seems to be leaning towards Romney. Social media giants Twitter and Facebook had to suffer embarrassment due to internal glitches. While Twitter suspended the account of its own CEO Jack Dorsey, Facebook declared its founder and CEO Mark Zuckerberg and several others dead. Dorsey's account was restored after some time and he later tweeted that the suspension was an internal mistake. Facebook, on the other hand, reportedly declared two million dead and posted memorials on their profile pages. The social network later apologised for the error, and said it worked as quickly as possible to correct the problem.

Smile, you're on call!