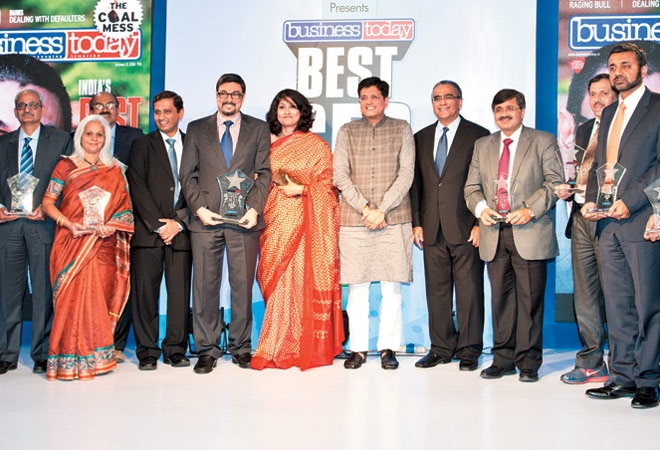 After months of deliberations to identify the best financial brains in Corporate India, the names of the winners were declared at a glittering event on September 18 at the Taj Mahal Hotel in New Delhi. Piyush Goyal, Minister of State with independent charge for Power, Coal and New and Renewable Energy, gave away the awards. "Its not just about the ownership of a company, but its also about decisive leadership. And, CFOs reflect leadership in their companies," said Goyal, a qualified chartered accountant. '[The winning] CFOs are the people who have managed their money well. They have guided their companies on paths that are less risky, less expensive, and less burdensome,' says India Today Group Chairman and Editor-in-Chief Aroon Purie.
Goyal also talked about the challenges he faced after taking charge of the coal and power ministries. These challenges, he said, included severe power shortages in Delhi, coal production not being able to meet demand, and a drop in hydro-power generation due to poor rainfall. Goyal said there's need to boost coal output and curb imports as well as expand the country's long-distance electricity transmission capacity. Outlining his agenda, he said that he would make actionable and doable plans for the energy sector, and map out how those plans would be achieved in the next five years.

India Today Group Chairman and Editor-in-Chief Aroon Purie pointed out that the economy seemed to be finally bottoming out, with the GDP growing in the first quarter, WPI inflation down to a five-year low, current account deficit under control, and so on. But he also pointed to pressures still extant. "Stressed assets, which are a combination of NPAs and restructured assets, in the Indian banking system stand at almost nine per cent of total credit outstanding. This is dangerously high." He added that much of this was because of the economic slowdown, but there was also an element of ambition being bigger than one's pocket.

In this context, he mentioned that the CFOs in the room - the winners of the awards - were a different, meritorious lot. "They have guided their companies on paths that are less risky, less expensive, and less burdensome. In doing so, they have built sustainable businesses that will withstand not only competition but also the test of time," Purie said. Speaking to BT after receiving the award, Chakraborty said that, besides the CEO, the CFO is the only other executive in a company who has a complete end-to-end perspective and plays a critical role in shaping its future. "Right from capital allocation, risk management, growth strategy and profit improvement, the role of a CFO is very interesting with a lot of scope to add value," he said. 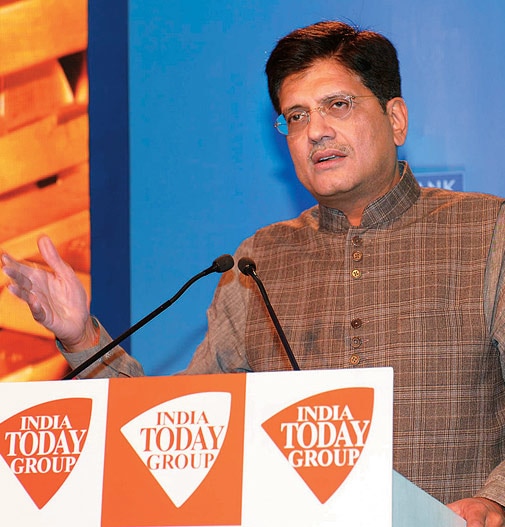 'It's not just about the ownership of a company, but it's also about decisive leadership. And, CFOs reflect leadership in their companies, says Piyush Goyal, Minister of State for Coal, Power and New & Renewable Energy.
Chakraborty also said that the CFOs also play a critical role in ensuring high corporate governance standards working closely with the board of directors. "A CFO's life is getting difficult and complex, as he/she has to face challenges continuously and keep adding value to the company, while protecting it as well," he added.

YES Bank was the presenting sponsor of the event, and Ipsos was the survey partner.

B Schools: Overall order of merit