La Opala has done well to dominate a market once considered a domain of only foreign brands.
by Anik Basu   Delhi     Print Edition: March 26, 2017 It is perhaps a metaphor for a new middle-class India where sleek is in, dowdy is out, something that excites Sushil Jhunjhunwala, Vice Chairman and Managing Director, La Opala. "We want people to stop using steel utensils," he says. "Ours is an aspirational brand."

And it is happening. Opal glass tableware from La Opala, shortlisted as one of the "most trusted brands" in the 2016 Brand Trust Report, is being lapped up by buyers looking for low-priced branded crockery. "There is a shift in customers' preference towards LORL products," says a research note from brokerage house Nirmal Bang Securities. Salony Nangia, President, Technopak, a consultancy, says, "The brand bridges the gap between steel- and melamine-based ranges and fine bone china."

LORL is also focusing on crystalware, being designed under Executive Director Nidhi Jhunjhunwala. "I was always inclined towards art, and when I got married into the Jhunjhunwala family, I got an opportunity to explore my interests in the business." Exports account for about 75 per cent of La Opala's crystalware sales. "Since ours is 100 per cent handcrafted crystalware, it is in great demand in the US," says Jhunjhunwala. 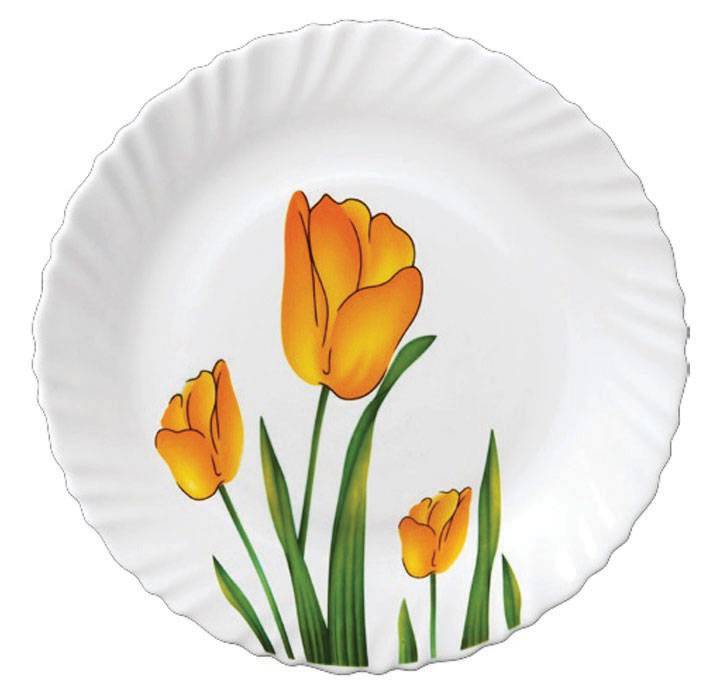 Recipient of 19 certificates and awards from trade bodies CAPEXIL (Chemical and Allied Export Promotion Council) and EPCH (Export Promotion Council for Handicrafts) for exports to over 40 countries, including the US and Germany, La Opala sells 75 per cent of its production in India through 200 distributors and 12,000 retailers. Clearly, it is riding the boom in India's glass and ceramic tableware industry, which Nangia pegs at Rs900-1,000 crore.

What has helped the company are rising incomes and the resultant lifestyle changes, such as more people hosting guests at home, rise in gifting, and increasing use of microwave ovens. Nangia feels a parallel boom in hospitality and food services industries has also helped sales.

Jaffer of Nirmal Bang says the new pricing strategy, unveiled last financial year, also helped; it promoted volume growth and addressed price anomalies. First, the Diva range, accounting for 65 per cent revenue, was made 15 per cent cheaper. Then, the additional 15 per cent promotional trade discount offered to dealers was scrapped to bring down selling and advertisement expenses. "It is an important development that took place in the fourth quarter of 2015/16," says Jaffer.

Jhunjhunwala's tryst with semi-vitreous cups, plates and tumblers started 28 years ago. In the '80s, Jhunjhunwala's family was into making hurricane lamps and glass chimneys from recycled glass. But he was smitten by opal glass products from France. However, when he tried to source the technology - to make opaque or translucent glass whitened by adding tin dioxide and bone ash - he was stonewalled. "It was sacred to the Europeans."

Undeterred, he visited Korea in 1987 and used "contacts" to source the technology from Hosan Glass. La Opala's first plant, a semi-automated unit with a capacity of 688 tpa, came up in 1988 in Madhupur (now Jharkhand), rich in raw materials such as feldspar and quartz. Two years later, the capacity was upgraded to 1,032 tpa; today, the unit has an installed capacity of 4,000 tpa. La Opala went public in 1995, and a year later, with the help of a tie-up with South Korea's Doosan Glass, started manufacturing handcrafted crystal glassware at Madhupur's 1,000-tpa facility.

But the real standout move was a 2007 decision to start a fully-automated unit at Sitarganj in Uttarakhand. Then a Rs55-crore company, it went for a Rs40-crore expansion to set up a 4,000-tpa facility, taking advantage of the tax breaks the state was offering. It invested another Rs50 crore to ramp up capacity twice - first from 4,000 tpa to 8,000 tpa in 2012, and then doubling it again to 16,000 tpa in 2015 on the back of a Rs55.3-crore investment by private equity firm WestBridge Capital Partners (which took a 4.5 per cent stake; it was the first of the two WestBridge investments in La Opala). Today, the combined capacity of Sitarganj and Madhupur plants is 21,000 tpa.

Joint Managing Director Ajit Jhunjhunwala says capacity utilisation at Madhupur is almost 90 per cent. At Madhupur and Sitarganj, it is about 70 per cent. "Since we increased the capacity at Sitargunj by 100 per cent in late 2015, it will take some time for the full capacity to be used," he says. "This is a consolidation phase."

Jaffer says one big reason for this was the 37-110 per cent anti-dumping duty imposed in December 2011. Before this, imports from the UAE, China, South Korea and elsewhere used to account for 53 per cent of India's crockery market. "Anti-dumping duty, weak rupee and a better product mix helped La Opala report 26.3 per cent revenue growth a year between 2010/11 and 2012/13. The operating margin rose 122 basis points and 350 basis points in 2011/12 and 2012/13, respectively," says Jaffer.

All in all, La Opala is sitting pretty. It launched two new ranges in December. The response to both has been "very encouraging," says Ajit Jhunjhunwala. "We are quite upbeat about 2018."