'The shift to the developing world will sustain' 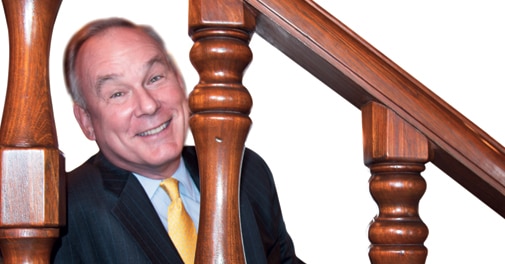 Dennis M. Nally, Chairman, PricewaterhouseCoopers (PwC), joined the company - the world's largest audit firm - in 1974 and became a partner in 1985. In 2009, he became its chairman. When not travelling on business (PwC has offices in 157 countries) he likes to play golf, though these days his four grandchildren are keeping him off the golf course. In Delhi recently, between client meetings, he spoke to Sunny Sen. Edited excerpts:

Q. Does the Satyam scam haunt you every time you come to India, considering PwC was Satyam's auditor at the time it occurred?

A. Not really, I think the early days with Satyam were pretty challenging, but the firm has done a remarkable job by moving past that and we don't talk much about it. We have learnt a lot from those days. The firm has made a lot of progress. We see that as an important lesson of the past.

Q. What were your two biggest learnings from the Satyam scam?

A. In a Satyam-like situation you always try to go back and reflect on what you could have done differently. We've  learnt that our people should be best prepared and trained to do their jobs. Also, it is really important to know your clients, your business and the industry and ensure that is factored into the work we need to do as external auditors.

Q. The auditors' job is on the line as regulators are becoming more vigilant.

A. The auditors' job is that of a custodian of the capital markets. But the world has become more complicated today. The rules we need to comply with, the accounting standards we need to provide are much more complicated than they were 10 to 20 years ago. We see that as a really important role to ensure integrity and quality in the capital markets. Investors are looking at that kind of assurance. But which business is not complicated today? I don't think we are an anomaly.

Q. The four top global auditing firms - PwC, KPMG, Ernst & Young and Deloitte - are often referred to as "The Big Four". Is that mere hype?

A. This is a hard one for me to answer. When I started 39 years ago, there were eight (big firms). We always asked how many (people) could actually name the eight. Very few could. There is a reason why we came down from the eight to the Big Four. The world is much more global now. You need more critical mass. You need more scale. PwC operates in 157 countries around the world. To do our jobs and do them effectively we need that critical mass.

A. Much of our audit focus is very much sector-driven. Say for a technology company, we have individuals who understand technology, how that impacts the business, the risks. Because how you audit those companies is critical. You need to have those kinds of deep industry skills. So, one individual auditing a bank one day and a technology company the next day just doesn't work.

Q. How important are emerging economies?

A. We actually describe that as one of the key mega trends. The shift from the developed world to the developing world is happening and will sustain. We are looking at markets like China, India, and the traditional BRICS [Brazil, Russia and South Africa are the three others]. We (are also) looking at new countries like Indonesia, Vietnam and parts of Africa. In case of PwC, we get 20 per cent of our revenue from developing markets. And we see that doubling in the next five years.

Q. How important is it to have a large amount of your investments in developing countries?

A. That is absolutely critical. If you see the shift from the developed world to the developing world, you have to have a disproportionate part of your investments in those developing territories.

Q. How do you see India vs China vs Africa?

A. Historically, we spoke about all the BRICS in one sentence. But in the last several years, we have seen different movements in these countries. In China, growth is seven per cent, in India it is five per cent, in Brazil it is one or two per cent, Russia maybe three per cent. You see a lot of differences as these countries face different challenges. They are all great opportunities, but they are not moving in a consistent pattern. I think each of these economies is at a very different stage of development and the growth rates will follow what is happening in the individual economies.

Q. When do you see India's growth plateau?

A. Not for many years to come. You look at the potential you have in a country like India. You have a significant middle class that is going to help in development. You have the appetite for growth for many, many years.