Private banks are consistently beating the public sector banks in terms of the market cap growth. And the difference is only widening.
By Anand Adhikari | Print Edition: November 20, 2016 The NEWEST KID on the bourses, RBL Bank (formerly known as Ratnakar Bank), is giving a kind of complex to some of the well-established, large public sector banks (PSBs). This old-generation private sector bank has debuted in the market with a market capitalisation of Rs 12,000 crore-plus, which was neck and neck with the country's fourth largest bank, the Bank of India. In contrast, the total assets of this (till recently) small regional bank are just one-20th of the Mumbai-headquartered bank. (In the month since its debut, RBL Bank has overtaken Bank of India in market cap.)

Stock markets are ruthless, and have no compunction in giving harsh reality checks to companies irrespective of their brand, size and scale. The market rewards high and stable growth, consistent profitability, and high quality management. In a challenging operating environment for the banking industry, the loans and advances, and profits of RBL Bank have grown by a massive 45-50 per cent CAGR in the past four years. If this scorching pace of growth continues in the next couple of years, RBL, which was turned around by ex-Bank of America India head Vishwavir Ahuja, will easily surpass some of the top 10 banks like Canara Bank, Central Bank of India and IDBI Bank in terms of market capitalisation.

RBL Bank actually mirrors the growth and profitability of other new-generation private banks such as HDFC Bank, Kotak Mahindra Bank, Yes Bank and IndusInd Bank. According to RBI statistics, the returns of PSBs have plunged into the negative territory at -0.26 per cent as against 1.54 per cent of private banks for March 2016. The deposits growth of PSBs is at a historic low of 4.6 per cent whereas private banks are growing their deposit base at 17.3 per cent. Similarly, the asset quality of PSBs is at its worst level, with gross non-performing assets (NPAs) close to 10 per cent. Comparably, private banks' NPAs are less than 3 per cent as of March 2016. "There are many encouraging initiatives like the BBB, long tenure of CEOs, larger capital infusion by government, holding company structure and more ethical policies"

This uninspiring show of PSBs reflects in the BT500 ranking. The private banks are clear winners, whereas PSBs are struggling.

So, what's working in favour of private sector banks that have a market share of around 15 per cent in deposits and advances? In the past two decades, the private banks - led by HDFC Bank - have cautiously built their business model around retail banking, working capital loans, advisory and SME loans. PSBs, traditionally corporate bankers, failed to capture the boom in consumer banking. With no legacy issues, private banks used technology to bring speed and efficiency in their operations. The 2008 global financial meltdown jolted the PSBs as the slowdown impacted corporate borrowers and also put a lid on fresh advances. The reckless lending during the boom period of 2005-2008 came back to haunt them in a big way, whereas the private banks remained unaffected because of their focus on risk and diversified business mix of retail and corporate. In future, competition could come from digital banking and new business models like peer-to-peer (P2P) players. "There are already microfinance, micro-housing companies and NBFCs specialising in areas like consumer durables financing, financing second hand bikes, etc. in the market. These could give competition to full-scale banks in certain segments," says Khushroo Panthaky, Director at Grant Thornton.

The challenging operating environment - with low credit offtake - has already put the PSBs in a tight spot. Their capital adequacy ratio is fast receding, with capital levels at 11.82 per cent as against the private banks' 15.68 per cent (RBI's minimum mandate is 9 per cent). In fact, there is no internal capital generation by way of profits as PSBs are either in losses or witnessing lower profitability. In 2015/16, the entire PSB space recorded combined losses of Rs 20,000 crore with provisioning for NPAs at Rs 1,44,608 crore. In contrast, the private banks recorded profits of Rs 39,672 crore after making NPA provisioning of Rs 39,672 crore. PSBs also have very few options to raise capital as their valuations are too low. For example, the price to book, a measure of current market price as a multiple of book value, is far higher for private banks. Kotak Mahindra Bank today commands a price-to-book value of 5.2 times. In the PSB pack, only SBI comes in the top with a market price to book value of 1.1 times (see Private Bet).

Analysts say the operating environment for PSBs is only going to become more challenging. Two decades ago, when private banks led by ICICI Bank launched ATMs, core banking solutions, faster branch banking and a host of other customer friendly initiatives, the PSBs took time to react and adjust to the changes. Partly, legacy issues came in the way and partly, it was the missing leadership at the top with frequent interference from the government. Many now wonder about the PSBs' capacity to face an altogether new kind of competition - digitisation and disruption. The banking regulator has opened the gates for new banking licences from a policy of 'stop and go' earlier.

Under the new licensing regime, two niche banks - IDFC Bank and Bandhan bank - are already up and running. Similarly, close to two dozen banks under the differentiated licensing regime - payments banks and small finance banks - would be making their debut in the next one year. These banks are going to give full-scale banks a run for their money in transaction banking as well as rural and semi-urban areas. The NBFCs - especially from big business houses like Tatas, Reliance and Aditya Birla Group - are spreading their wings in consumer banking.

PSB veterans say it is too early to write their obituary. After all, the PSBs still dominate banking with over two-third share in deposits and advances. Unlike private banks, the PSBs are at the forefront of implementing the government's vision of financial inclusion and reaching out to remote areas. They also lend to sectors like aviation, mining, real estate and infrastructure where private players are a bit reluctant. "There are many encouraging initiatives like the BBB, long tenure of CEOs, larger capital infusion by government, holding company structure and more ethical policies," says Birendra Kumar, a former deputy MD at SBI, who now heads an asset reconstruction company. 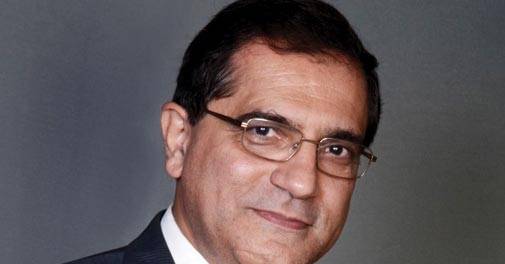 "The consolidation of PSBs would help in terms of synergies, better distribution network and facing the competition"

But these measures would pay dividends in the long run as the current rut in the system will take years to clean up. RBI's Deputy Governor S.S. Mundra recently talked about greater governance autonomy for the PSBs. "The immediate roadmap should be towards complete managerial autonomy," said Mundra. SBI's Chairman Arundhati Bhattacharya recently told BT in an interview that there is a lot of work it needs to do in the HR area. "At the end of the day, the banks are service organisations. They will be as good as their employees. You really need to work with people because people are all the resources you have," she said.

Going forward, the biggest game changer would be the consolidation in the PSB space. "The consolidation would help in terms of synergies, better distribution network and facing the competition," says Panthaky of Grant Thornton. But there has to be a strategic rationale to drive value, points out a private banker. The timing, too, isn't right as PSBs are passing through one of the most difficult phases in their life. Kumar of SBI says the country does need a few large banks to be globally competitive, but we have to first address the deteriorating asset quality issue. "We have to clean the balance sheet before effecting mega mergers," he says. That would certainly be a good way to start on a clean slate.