Aditi Mathew, 20, is a child of the post-liberalisation era. She, however, does not care for brands. Curiously, her mother Seema, 44, does. Belonging to a fairly affluent family, Aditi, a third-year economics student at Stella Maris College, Chennai, gets plenty of pocket money.

Yet she likes hunting for value. "I think spending a fortune on just a brand is a waste," she says. "I'd rather buy the cheaper stuff. I prefer to splurge my allowance with friends." 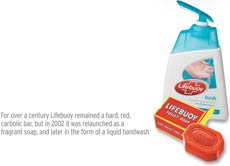 Click here to Enlarge
Seema, a homemaker, is different, "My husband and Aditi are alike, but my two other children and I are big on brands," she says. "I would spend more for a branded product if I felt it offered better quality or fitted with the image I seek." She recalls her growing up years in Kolkata. "I did not make the consumption choices my children do," she adds.

"I was given things and I was happy with them." Though belonging to a different socio-economic section, Sangeetha, a domestic help in Chennai, has much in common with Seema. "I do not trust any shampoo other than Clinic Plus for my hair," she says. "I only buy good products whose ads I see on television, or which my friends use." 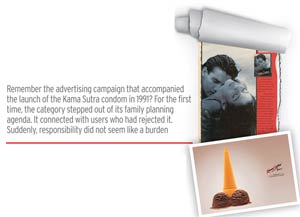 Click here to Enlarge
Equally conscious of brands is Jivesh Sehgal, a well-off, third-year college student in Delhi. "Obviously I would choose a branded product if I felt it offered me better quality," he says. "I will certainly not refuse if someone gifts me a product sporting a bigger, better brand than the one I have." Aditi and he, however, have one feature in common: both are ready to spend in the company of friends, and on entertainment. "I'm happy hanging out with friends and spending on entertainment," says Sehgal.

Click here to Enlarge
This is a sampling of the attitudes of consumers today, which in turn is influencing the way marketers shape and position their products and brands. As is well known, for many decades after Independence, socialist austerity was seen as a virtue, and price was the sole determinant of value. People had too little disposable income to indulge themselves.

Click here to Enlarge
Consumerism got a boost in then finance minister V.P. Singh's 1985 Budget, which reduced the highest income tax slab to 50 per cent from 97 per cent. By 1990/91, when the economy was liberalised, giving consumerism a thrust it had never had before, per capita income was already above Rs 6,000 and Maruti 800s had flooded the streets. Currently, there are over 100 different models of cars available.

With a third of India's 1.2 billion people below 14, and around 60 per cent in the 15 to 59 age bracket, the number of potential buyers is staggering. And no longer are those living in the metros the only big buyers. A recent report by market research firm ACNielsen says the fast-moving consumer goods market in 400 small towns with populations between 100,000 and one million, will cross $20 billion by 2018. Even aspiration levels in rural areas are rising, with consumption choices becoming similar to those of the cities. 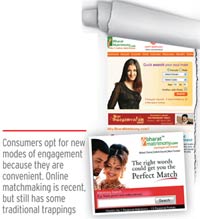 Click here to Enlarge
Have brands, too, evolved in step with the changing consumer? Y.L.R. Moorthi, Professor of Marketing at Indian Institute of Management, Bangalore, says the new companies with new brands have been far more proactive than the old, established ones. He points to the pace of growth of the South Korean entrants, Samsung and LG, which entered India only in the 1990s. "Look at the aggression of a mobile phone manufacturer like Micromax or that of those who make the Ghadi detergent," he adds. "Why did it take Bajaj Auto so long to shift focus from scooters to bikes?" Radical ideas have mostly come from start-ups. Who would have imagined that a small company started in 1981 called Infosys, by six people all new to entrepreneurship, would give Indians a new identity across the globe? Other new brands with new ideas that have been wildly successful are Meru Cabs, bharatmatrimony. com and naukri.com.

However, some old, venerable brands have also seen the writing on the wall and adjusted well. A telling example is Hindustan Unilever's Lifebuoy soap. For over a century Lifebuoy was a hard, red, carbolic bar, which evoked images of gritty workers. But in 2002 it was relaunched as a fragrant soap and is currently available in several variants, including a liquid handwash variety.

Even more remarkable is the makeover of the Indian Railways Catering and Tourism Corporation, or IRCTC, a subsidiary of the state-owned Indian Railways, which has gone online with a vengeance, obviating the need for the computer literate to ever queue up for a train ticket. "IRCTC is probably the biggest e-commerce site in the country. Not even IRCTC would have dreamt of this," says Moorthi. State Bank of India and Life Insurance Corpo-ration are two other public sector giants that have made adjustments and successfully withstood the onslaught of private players in their respective sectors.

Click here to Enlarge
Private behemoths that have moved in new directions, in response to the new challenges, include the Tata Group, the Aditya Birla Group and Reliance Industries, or RIL. While the Tata and Aditya Birla groups have carried out bold takeovers - Corus and Jaguar Land Rover in the first case, Novellis and Madura Garments in the second - RIL has entered a host of new sectors.

"Today, two-thirds of their revenue reportedly come from global markets," says Moorthi. "However, RIL, which really led from the front till the new millennium, is now in 'pause' mode."

With less time to spare, consumers now seek instant gratification. A striking example of a brand that cashed in on this demand is T20 cricket, which the Board of Control for Cricket in India successfully monetised. "People are impatient," says Moorthi. "Products and services need to reflect that." 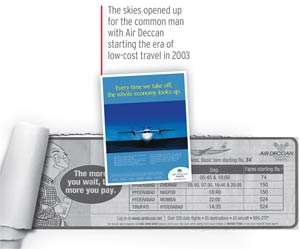 Click here to Enlarge
No doubt, if more of the established players have not been overly adventurous, there is a reason for it. Some of the pioneers in this direction had found the going tough. "The early ones which offered mature market products had a bad time," says Harish Bijoor, a marketing and brand strategy expert. "There was a long gestation period before they broke even and made profits." A classic example is tea bags, which have achieved widespread acceptability only in recent years. "Taj Mahal tea bags did evangelical work and struggled with lack of profits for as long as 20 years," adds Bijoor.

Such instances saw others becoming cautious, marketing items mostly the way consumers wanted them. There have, however, been exceptions, such as Nescafe instant coffee and Maggie noodles, which, even in previous decades, were successful as soon as they hit the market. 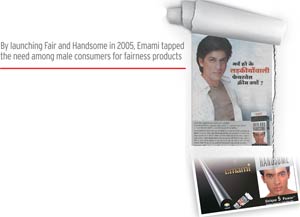 Click here to Enlarge
So much for products. What about their marketing? Changing times have impacted marketing, too. Indeed, at times, clever advertising has altered a product's image radically, without any feature of the product changing. One such memorable disruption was the advertising campaign that accompanied the launch of the Kama Sutra condom in 1991. It was just another condom, but was made to look different. "Until then this product was always seen in the context of family planning and responsibility," says Santosh Desai, CEO and Managing Director of brand consultancy firm, Futurebrands. "Suddenly, you had imagery that suggested this was not such a burden."It is another matter that Kama Sutra has not been able to capitalise on its initial gains, and its recent campaigns - such as the one linking the condom to chocolates - have been less successful.

The most significant change has been in the images of women projected by advertisements. "She has moved from the frame of being a housewife or an achiever to being a perennially anxious being," adds Desai. "She is shown as always worried about being less than perfect - be it in her looks or in an office environment."

Ultimately, it is convenience that matters to the consumer. "Consumers use technology only when it makes life simpler for them," says Moorthi. "Using the Internet saves time and money. That is the reason people are logging on, not because it is an earthshakingly new technology."

How Mistry won the race to Bombay House

Idea Icons: How these leaders change the way India works