Pushing the accelerator instead of brakes

Over the last nine months, R. Subramanian has aged much beyond his 43 years. The Managing Director of Subhiksha Trading Services-which pioneered the discounted retail format in India- has been struggling to get his brainchild operational again after it collapsed in February following a cash cycle squeeze. In fact, the change in Subhiksha's fortunes has been as dramatic as its rapid rise from being just a regional player to a national one.

"We were a darling company that could do no wrong till September 2008 and suddenly we were in trouble," rues a dishevelled Subramanian, as he looked back at Subhiksha's early days-clearly successful- and the recent crisis-without doubt an avoidable tragedy.

Vendor payments were defaulted and shelves ran empty
It was in 1996 that the idea of Subhiksha (prosperity in Sanskrit) came to his mind. Organised retail, in India, was non-existent. Subramanian, an IIT Madras and IIM Ahmedabad alumnus, was then into the financial services business of asset securitisation.

Research revealed that grocery was one of the largest categories of spending for the average customer, that they were extremely price sensitive on groceries and that discount stores were the largest growing format. But unlike in the West, people in India preferred to shop groceries close by. The model slowly fell into place-a large number of small stores with easy accessibility offering products at a discount.

"We opened our first shop in Chennai in March 1997 with funds from the financial services business, a team of passionate youngsters with little retail experience and a plan to set up a Chennai-centric retail business with low prices and high level of neighbourhood focus as the USP," recalls Subramanian.

In the first year 10 stores were opened and the count rose to 19 by March 1999. By then Subhiksha was breaking even, volumes were picking up and customers were responding. Problems did arise initially though, as its unique discounting model enraged the retail trade in Chennai, which accused it of unfairly undercutting their business.

By 2000 Subhiksha grew to nearly 50 shops in Chennai retailing groceries and medicines. ICICI Venture's decision then to pick up a 10 per cent stake in Subhiksha for Rs 15 crore gave the retailer enhanced credibility in the market.

This money was used to expand outside Chennai, into the rest of Tamil Nadu. By 2002-03, Subhiksha had 140 stores across 30 towns in Tamil Nadu. Sales grew steadily. Cash flows were reasonable and debt, at Rs 15 crore against the net worth of Rs 23 crore, was comfortable.

Expanded too fast too soon
In 2004, the retail sector was seeing an enhanced level of activity. In what proved to be a watershed decision later in its brief history, Subhiksha decided to expand nationally and more so, scale up at a rapid pace.

"We realised that we had done our bit in Tamil Nadu and it was time to go national. The question we faced was do we expand sequentially (one state at a time) or parallely (many states simultaneously)? We opted for the latter," reveals Subramanian.

Between late 2004 and early 2007, Rs 160 crore worth of equity was raised. That apart, a debt of Rs 220 crore and a bridge loan of Rs 125 crore (pending raising of equity from capital markets) was arranged to fund the national rollout. On an average, 60 to 70 stores were added in a month. 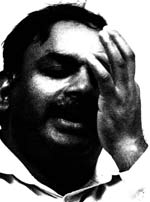 R. Subramanian
It was clearly the highest point in the retailer's history (and, in a way, beginning of its decline too). The company, which had been contemplating and postponing initial public offering (IPO) since 2007, failed to capitalise on Premji's investment and the goodwill it created to raise money from the market.

"We kept thinking: why dilute equity for shareholders? We wanted to keep equity low and raise more debt. This strategy will return better money for shareholders as stock market is booming. But we should have raised equity in March 2008. There was a lot of investor interest in Subhiksha. Not doing it then was a mistake," concedes Subramanian.

Subhiksha entered 2008-09 with a Rs 1,000-crore investment plan for increasing the store count to 2,200 (from 1,320 as of March 2008) and add a new line of business-consumer durables information technology (CDIT) products retailing. It was to be funded by Rs 400 crore equity and Rs 600 crore debt. In June 2008, it announced a merger plan with Blue Green Construction Ltd, a company listed on the Madras Stock Exchange, and which had done some research on the CDIT business.

By then the stock markets had begun to weaken. "A weak market, we thought, would at best lower our valuation by 10 per cent or so. There was nothing to tell us that we were in for a complete collapse of the equity markets," explains Subramanian. The banks were getting worried too. The bridge loan of Rs 125 crore was coming up for repayment in September 2008 and there was no sign of equity. They were finding it difficult to lend.

Used working capital for expansion
"By July 2008, we were finding it difficult to borrow. But we kept the expansion going as we were confident of raising equity. In fact, in September we had some good offers for equity but before we could grab it Lehman Brothers collapsed and the markets fell off," reveals Subramanian.

In the absence of borrowings, Subhiksha made the cardinal mistake of diverting working capital to fund expansion. Consequently vendor payments were defaulted. They stopped supplies and the shelves ran empty. Salaries and other statutory dues were not paid. Security staff deserted their jobs and over 600 stores were vandalised in November-December 2008.

"We desperately worked with various stakeholders to put something together to prevent a collapse. All we needed then was Rs 125 crore to be back in shape. Between September and November 2008, we had four meetings of the collective financial stakeholders. But unfortunately it was a period when liquidity was tight. Investors, too, could not do much as the markets were crazy," rues Subhiksha's founder, adding, "In a way we got into trouble at the wrong time."

By end-February 2009 operations came to a standstill. Says Subramanian, "At this stage, everybody's reaction was emotional. There were people who said we should have been more careful in managing our money, which is perfectly right, and that we did not have a plan B."

Independent directors quit, relations with ICICI Venture soured (it withdrew its nominees from the board and reportedly sought government investigation into the affairs of Subhiksha). Premji and ICICI Venture objected to the merger of Subhikhsa with Blue Green Construction Ltd.

Cash flow mismanagement
Subramanian is now banking on the much-delayed corporate debt restructuring (CDR) process (involving 13 banks with cumulative exposure of over Rs 800 crore) to bring Subhiksha back to life. "I don't see ourselves getting back to 1,650 stores. We will probably restart about 1,200 stores once the CDR process is through. We should clearly be back in business in the second quarter of the current fiscal," claims Subramanian. He adds: "Regaining the credibility of vendors, lenders, investors and the employees will be the toughest challenge for us."

Has the discounted retail model failed? His response is quick: "Subhiksha's problem was cash flow mismanagement. We ran a profitable business. We were completely overconfident when it came to raising equity. If anybody wants to be a serious grocery player in India, they have to follow our path. The model is eminently successful."