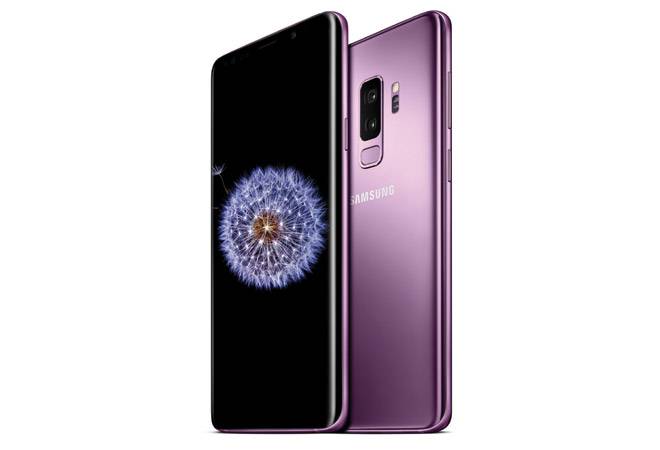 Don't judge a book by its cover. This adage holds true when looking at the new Samsung Galaxy S9+ because of how similar it looks to the S8+ launched last year. Switch on the Galaxy S9+ to be greeted by a 6.2-inch super bright infinity display. The fingerprint scanner has been repositioned below the camera module making it intuitive to use. In addition to the face and iris unlocking feature, there is the Intelligent Scan, a combination of the two scanners, that can unlock the phone in low or harsh light. However, it failed to unlock the phone when I was wearing sunglasses.

The S9+ is the first S-series smartphone to have a dual camera for capturing DSLR-like depth images. Accessible through the 'Live Focus' mode, the depth effect can be adjusted while capturing an image or later by choosing a picture from the gallery. But it is the addition of dual aperture - f/1.5 and f/2.4 - in the rear camera (a first in smartphones) that helps S9+ capture stunning low-light images. It works just like the human iris. In the dark, the lens automatically opens up to the widest aperture available to let in more light. The S9+ can also capture super slow-motion videos at 960 frames per second.

Another highlight of the S9+ is Bixby Vision with modes for live translation, image search, AR-based location search, QR Code scanner and more. Using live translation, I could instantly translate Spanish to English; the image search for chapatti using the Bixby food mode threw up suggestions like phulka roti and jolada roti, along with nutritional information, recipes, videos and an option to log the entry in Samsung Health app. But for all this to work, Bixby Vision needs internet connectivity.

Samsung has introduced an additional security feature. To access the 'secure folder', one can add a dedicated fingerprint scan, different from what is used to unlock the phone. The Galaxy S9+ is a combination of functionality with great performance. And for Rs 64,990, it is the best flagship smartphone in the market. 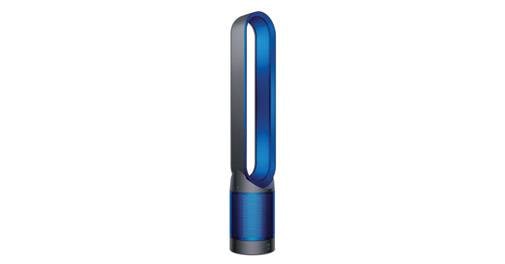 It looks good; and cleans indoor air with finesse. Dyson's Pure Cool Link Tower has an unconventional design - an oval bladeless fan at the top with a circular bottom housing the filter. Installation is simple - place the loop on top of the circular base and push it gently. The click sound confirms that the two are locked and the air purifier is ready to use. Use the compact remote to power it on/off, control fan speed, swing, turn on night mode, set timer and more; it can also be controlled using the Dyson app.

None of the air purifiers we have tested in the past has managed to bring down the PM 2.5 level down so efficiently. In less than an hour, the level of PM 2.5 in my room was zero. The circular mesh at the bottom sucks in impurities in the air from all directions and purifies the air using the HEPA filter, before circulating it through the loop across the room. Although a silent operator, it gets a little noisy when pushing air at higher levels (7 and above).

Priced at Rs 39,990, the Dyson Pure Link Tower is clearly one of the best air purifiers in the market. 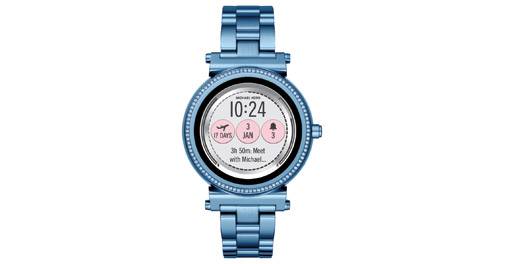 The Sofie smartwatch, from fashion brand Michael Kors stands out with its distinct glamorous look. The elegant looking watch has a 42-mm stainless steel casing, a 1.19-inch bright display, and is water and dust resistant. There is a button on the right, which, other than powering the watch, loads the watch menu on a single press and activates voice assistant on a long press. Sofie is compatible with iPhones and Android smartphones. I had to instal the Android Wear app to set up the watch. There are 30 MK watch faces that can be accessed from the app, and more can be downloaded from the Play Store. Sofie can be used to answer/reject or even dial a call, show feeds, set an alarm, send messages, track fitness routine, use Google translator and more. Apps can be installed on the watch directly using the Google Play Store app. Sofie packs in a 300 mAh battery that lasts close to 22 hours.
Tags: Samsung Galaxy S9 | camera | Dyson