SEBI's diktat to mutual funds to disclose distributors gross commission for greater transparency can stunt the growth of the industry. 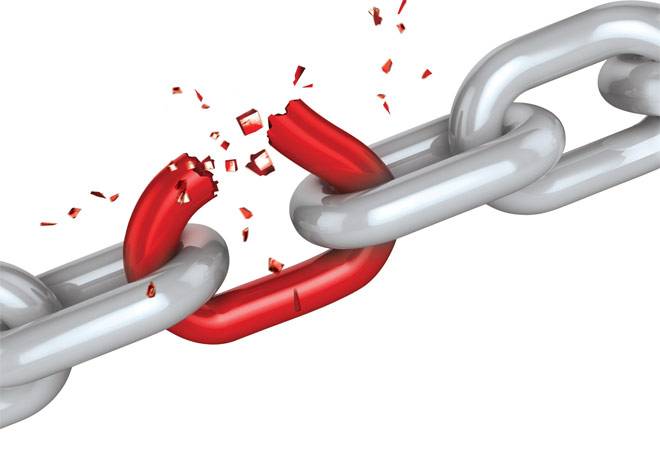 It appears to be a move to inject transparency in the system, but it has stirred up a hornet's nest. The Securities and Exchange Board of India (SEBI) has decided to make it mandatory for mutual funds to disclose to investors the gross commission earned by their distributors from October 2016, but the plan has already run into stiff opposition. The industry association, Association of Mutual Funds in India (AMFI), is itself questioning its rationale. "Nowhere in the world does such a practice exist. One could have understood if the distributors were earning huge sums of money. Disclosing gross commission paid to distributors is harsh on them," says C.V.R. Rajendran, CEO, AMFI.

The worry for AMFI and the distributors is that the regulator isn't portraying the right picture to investors. The commission doesn't include a distributor's expenses, they point out. "My worry is if their commission is disclosed, investors may ask for pass back which would be bad for the overall mutual fund industry. It will slow down the growth of retail book," says Pawan Agarwal, founder of investguru.in, a Noida-based mutual fund distributor that has 4,000 clients and manages around Rs 58 crore of assets under management (AUM).

Till a few years ago, distributors were earning commissions of 5-6 per cent. The ground reality is different now as SEBI has fixed the fee charged from investors by distributors - the asset management companies (AMCs) can pay them more but have to do so from their own pocket. Today, the distributors make around 1 per cent through upfront fees and trail fees collected from mutual funds, besides the fee they charge the investor (trail fees is paid on an annual basis as long as the investors remain invested in a fund). "On an average the distributor starts making money only in the second year," says Rajendran. In contrast, a chemist earns a 15-20 per cent commission on sale of drugs.

It could be argued that SEBI is insisting on disclosing distributor's commission in an effort to make the system more transparent. As far as regulation goes, the Indian mutual fund industry is in sync with global standards even though distributors - a vital cog in the industry's wheels - are not directly regulated by SEBI.

Mutual funds remain under-penetrated in India and the earnings of distributors are abysmal. Consider this: on an average, an investor from a B15 city (beyond the top 15 cities in India) parks Rs 61,000 in mutual funds every year. In the top 15 cities the situation is slightly better and an average investor puts in up to Rs 1,71,000 per year. Even if we assume that the entire Rs 1,71,000 is invested in an equity mutual fund, the commission earned by distributors is about 1 per cent or Rs 1,710 for the entire year. Considering that half of his commission or revenue is eaten up by expenses, his total earning from one client will be around Rs 855 for a year. If the distributor has to make around Rs 5-6 lakh a year, he will need to have around 585-700 customers. To build a business of that scale and size would easily take three to four years. The new rule clearly places more hurdles in the path of distributors. "SEBI should also ask the AMCs to disclose their earnings per investor. If the AMC does it, then it would be fair to disclose distributor's commission," says a national level distributor on condition of anonymity.

In the past eight to 10 years the number of mutual fund distributors has gone down by 30 per cent to 71,000. Of this, active mutual fund distributors are around 8,000. Today, more than 85 per cent of individual investors' money comes through the distribution network - only 13.5 per cent money comes through the direct route. "Our worry is disclosing absolute commission would see more attrition of distributors," says Rajendran. AMFI is trying to convince SEBI to reconsider the proposed guidelines and is stressing on the need to disclose commissions only on demand. "If the investors ask, then give it to them," says Rajendran. "An investor isn't bothered about the commission. He only wants good return on his investments."

Investor-wise composition of AUM (Rs crore); *Defined as individuals investing Rs 5 lakh and above; Others include banks/FIs and FIIs; Source: Crisil & AMFI

The reason why SEBI is refusing to budge on mandatory disclosure of commissions and other agent payouts by mutual funds is because its chairman wants investors to buy mutual funds directly. The regulator did not respond to BT's queries.Direct plans have lower costs because there are no distributors' commissions and marketing expenses. The regulator obviously believes that middlemen are not required in the system. For direct selling, there are plans to come out with an online platform for buying and selling.

SEBI also intends to make registered investment advisory (RIA) a success. SEBI's RIA model clearly states that an advisor will receive a cut only for guiding investors and will not sell mutual funds directly. Today, not many have opted for RIA. "No one pays for advice. Also, mutual fund is a push product. It has to be sold to investors, they don't buy on their own. In such a scenario, RIA isn't the best option for distributors," says Agarwal, adding that investors often don't have the knowledge about what to buy or sell. In Singapore, for instance, investors have to pass a test if they have to buy directly, he points out.

Indeed, SEBIs thought process is ahead of time and may not work in India, say analysts. "In the US, mutual fund investments are double that of bank deposits, while in India 40 per cent of the population have access to bank account and only 1.5 per cent of population has invested in mutual funds. Therefore, we have a long way to go even before we consider going to the advisory model," says Rajendran.

Meanwhile, the distributor community, on hopes of getting industry status, is in favour of being regulated by SEBI. In fact, a self-regulatory organisation (SRO) for mutual fund distributors also ran into trouble two years ago. Then, financial planning supervisory foundation (FSPF) had challenged SEBI's decision to grant in-principle approval to Institution of Mutual Fund Intermediaries (IMFI) - a subsidiaries of AMFI - to be the SRO for distributors. "When was the last time SEBI or AMFI did anything for the development of the distributors?," says Agarwal.

Clearly, the mutual fund industry needs distributors to grow. SEBI needs to create a regulatory environment that will allow distributors to expand their business and increase the penetration of mutual funds. Nilesh Shah, MD & CEO at Kotak Mutual Fund, sums it up. "We have built a fine infrastructure on par with global peers. What we need is a Jan Nivesh Scheme on the lines of Jan Dhana Yojana, which will allow retail Indians to own the India growth story."