Global downturn is forcing a restructuring in the BPO sector. Here is what will separate winners from losers.

Over the past decade, India’s information technology and business services industry has grown from $4 billion in revenues to $52 billion today, and is expected to reach $310 billion by 2020, according to a McKinsey-NASSCOM survey released recently. (Its conservative forecast: $175 billion.) The star of the show, the business process outsourcing (BPO) sector, has been hit badly, after growing from around $1 billion to $12 billion over the decade. NASSCOM has no separate forecast for BPOs, but BT, after talking to industry insiders, reckons the 2020 figure could be $45-50 billion. 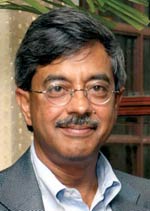 Pramod Bhasin
The BPO party, fuelled by lower labour costs, has always faced spoilers like protectionist rumbles, infrastructure costs and talk of emerging rival countries. With the unexpected global downturn, BPOs have to come up with a new, improved version. Should they follow the Infosys way of making better use of technology? Should they move more jobs to where their clients are? Should they look at the domestic market (see Call of the Small Town)?

As Pramod Bhasin, Chairman, NASSCOM, and President and CEO, Genpact, points out: “This (the lower growth) will not be because of increased protectionism as preached by President Obama. This will be because of our own failures.”

Bhasin, who pioneered the Indian BPO business, and his counterpart at Convergys, Sukant Srivastava, admit that the slowdown in the West is impacting the BPOs. But, while this has an upside (employee churn has stopped, so lowering hiring and training costs), the downside is that BPOs are feeling the pinch of costs they had so far accepted.

“I also run a power company, a taxi service and a catering operation,” Srivastava complains. Bhasin says India is still has an edge in costs and quality, so he does not personally expect much to come out of the ‘protectionist rhetoric’. Yet, Genpact has been farming out work to The Philippines and China. 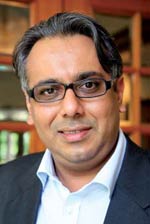 T.J. Singh
“Our experience in these countries proves that India cannot just expect work to come here as a natural course of action. We have to compete on cost and quality” Echoing Bhasin, a Booz&Company report says cheaper labour continues to be the main driver. On the latest protectionist talk in the US, it says overall impact will be “marginal” because an off shore presence is not only about cost advantage “but also about local presence in fast growth markets.” Amitabh Chaudhary, Managing Director, Infosys BPO
“We have two technology platforms already operational… We want to move from the current peoplecentric business model to a pay-per-transaction model. Then there are shared services centres, which save on people and infrastructure costs,” he says.

“We have reached the fourth stage in India and companies that can’t make this transition will have to look for other alternatives,” he contends. Lakshminarayanan has seen Dell’s BPO business grow 13-fold since 2000. He says Dell will now look to undertake KPO work like data analytics from its India centres. Ganesh Lakshminarayanan
T.J. Singh, Research Director at technology research firm Gartner, concurs. “The focus now has to be on realising higher value per employee, both through more intensive use of technology and the growth of high value services,” he says, but Indian vendors are just beginning to make this transition, with most focussed on the conventional model.

Today, clients in the BPOs’ main markets are leaning towards a more ‘onshore’ based model. Bhasin points to Tata Consultancy Services: “Not many people know that they are a huge company in Latin America, and that they have achieved this by taking skills and jobs there.”

Vineet Nayar, CEO, HCL Technologies, says: “We have to be seen as ‘job creators’ rather than ‘job stealers’, and I think the industry is moving in that direction.” Even as the financial services industry, the BPOs’ mainstay, continues to struggle, industry executives believe that BPOs have to look beyond their staple fare to survive. As all this happens, the slowdown is an opportunity for the industry to reinvent itself.

Call of the small town