Coverfox.com is changing the agent-driven insurance distribution market by aggregating offerings and helping in policy selection and claims. 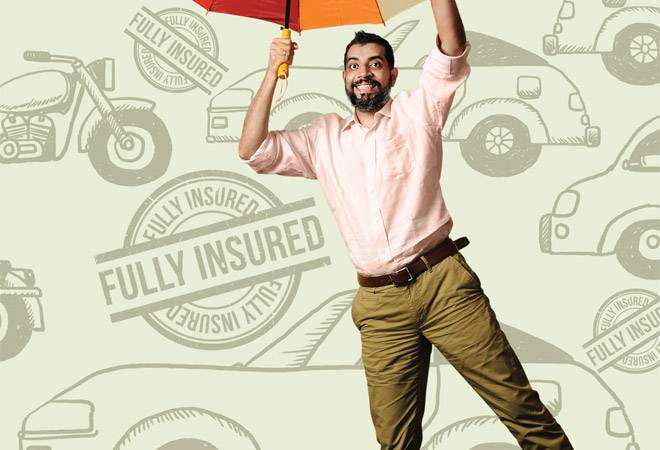 A motorbike insurance in four minutes and a car insurance in less than seven minutes. The Mumbai-based Coverfox has made buying insurance as easy as online shopping. One just needs to make a few clicks.

Though not the first insurance aggregator, nor the biggest, its technology-driven process aims to ensure complete transparency in the buying process, apart from helping in claim settlement. This in a market that was, till a few years ago, completely driven by agents, who used to push products with highest commissions.

Launched by Devendra Rane and Varun Dua - who left a few months ago - Coverfox had started out by offering technology solutions to insurance companies. It had over a dozen big clients, including ICICI Prudential Life, but soon realised that the model was not scalable. It changed tack and decided to tap the distribution space instead. Rane, who graduated from IIT-Mumbai in 2005 and co-founded three ventures before starting Coverfox, believes online distribution has big potential, be it e-commerce or aggregation of taxi/loan markets. Coverfox saw promise in the low level of technology adoption in the insurance industry. There was lack of awareness too, evident from low penetration levels.

For example, insurance penetration (expressed as premium collection over GDP) in India is around 3.4 per cent. The global average is 6 per cent. As per the available figures, the size of the general insurance market is Rs 1,20,000 crore while that of the life insurance market is Rs 1,75,000 crore. Coverfox is looking at the Rs 6,000 crore distribution pie, which is fast shifting to the digital channel. "Online insurance distribution is growing at 20-25 per cent a year," says Rane. A recent report by BCG-Google on digital payments said that by 2020, sale of three-fourth insurance policies will be influenced by digital channels. Coverfox wants to benefit from the trend.

Apart from selling policies, it is also offering customers advice on which policies suit them the most by asking questions and using algorithms at the backend. Thanks to the ease of use and the range of offerings, it is already the largest two-wheeler and four-wheeler insurance distributor online. "A case in point is our two-wheeler insurance that allows users to insure their vehicles in under four minutes," says Rane.

Coverfox is planning to expand its life insurance bouquet where it has been a bit slow so far. "Life insurance is complex. We are trying to learn and understand the product," he says. At present, it doesn't offer unit-linked insurance plans, which were massively mis-sold by distributors during the stock market boom from 2004 to 2008. Investors had suffered huge losses as a result.

The company works like an insurance brokerage. The segment includes players such as policybazaar, policyboss, easyinsuranceindia and GIBL.

Coverfox's backers include Mumbai-based Glitterbug Technologies, Narayana Murthy's Catamaran Ventures and global funds such as SAIF Partners and Accel India. By the end of 2015, it was selling 11,000 policies per month. It says it is doing 30,000 policies a month at present. The website gets over a million users every month.

The company plans to get more volumes from Tier-II and Tier-III cities. "Wherever internet arrives, e-commerce is the first one to benefit. The next revolution is going to be in banking and financial services. We see it playing out for insurance in the coming years," says Rane. The company is working towards completing the entire claims and endorsement process to reduce the turnaround time.

But the going may not be that easy. For instance, insurers themselves are adopting technology in a big way. All major players have a strong online presence that helps people buy policies online without physical documents. "But they don't provide choice. We aggregate products of all the companies and offer the best solution," says Rane. Globally, insurance companies are focusing on underwriting and leaving sales to aggregators. "We expect the trend to play out here as well," says Rane. This is already happening in the banking and NBFC space in India where start-ups are cornering the sourcing business whereas banks focus on their core business. The trend is expected to pick up pace in the coming years.

The other co-founder, Varun Dua, left and started a digital general insurance company, Acko, a new concept in India. The insurance regulator is encouraging such models as digitisation will not only reduce costs but also bring transparency. While Dua still has a shareholding in Coverfox, his new venture could be competition. "We partner with all insurance companies. Acko will probably be one of them," says Rane.

The race to digitise and make insurance hassle-free will only intensify in the coming years. Coverfox will have a lot to look forward to.

It All Adds Up