On a Rescue Mission

Rescue is a small part of the anti-trafficking activity and what matters most is rehabilitation.
E. Kumar Sharma | Print Edition: October 8, 2017 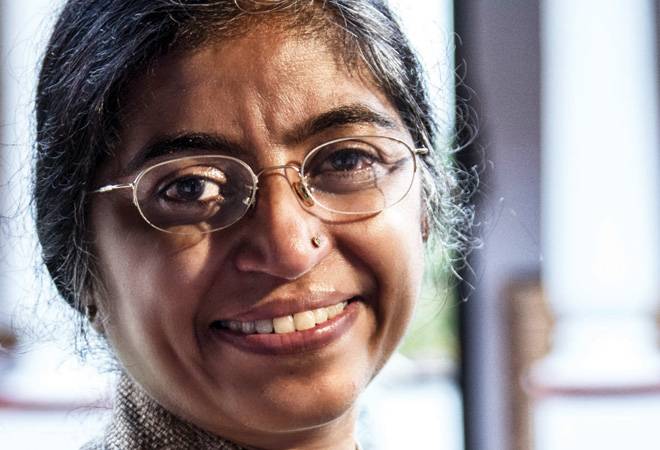 Sunitha Krishnan is proud. One of her young charges, a third-year medical student, has topped all her semester examinations. But unlike other talented youngsters, her life started on G.B. Road, a red light area in Delhi. Krishnan rescued the four-year-old along with another child who is now doing her master's in pharmacy. Their success stories are astonishing, and so is the journey of Prajwala (eternal fire), the organisation set up by Krishnan in 1996, which not only combats sex trafficking but also protects and rehabilitates women and children.

Prajwala started in a vacant brothel, following a High Court order to dismantle all such buildings in Mehboob ki Mehendi area in Hyderabad. Krishnan, whose mission is to end sex slavery and sex crimes globally and give the affected women and their children a life of dignity and an assimilation back into the society, started her first transition home and learning centre with just five children. Today, she has a 300-strong team and has rescued 18,500 victims. Add to that another 3,000-4,000 cases where rescues took place, but the people concerned did not want to involve the police. Prajwala has helped rehabilitate a total of 14,800.

Earlier, each rescue operation used to take a long time till Prajwala decided to take police help, which speeded up the procedure. Now the organisation rescues 60-70 people every week, and runs an emergency shelter, a shelter for children and one for adults.

According to Krishnan, a Padma Shri awardee, rescue is a small part of the anti-trafficking activity and what matters most is rehabilitation and skills training. Professional training requires a lot of funding, and it comes from all - large-hearted poor people to corporate houses. Microsoft, for instance, funded the training of 75 girls as security guards and connected Prajwala to a global security agency for learning and placement. Companies ranging from the Taj group of hotels to Lanco Infratech to technology firms to retail chains have employed these trained professionals for their calibre and competence.

Her husband Rajesh Touchriver is there as constant support. A film-maker by profession, he has helped design and execute the major shelter homes, including the one at Tukkuguda village. Krishnan sees it as her base camp for driving operations more intensely for, as she says, "This is war."