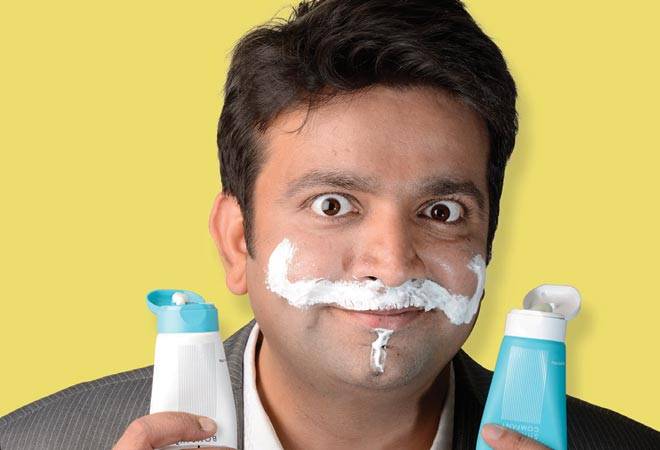 Kiran Gowda works as a manager at a well-known 5-star hotel in the heritage city of Mysuru - a city of palaces that draws nearly as many visitors as does the Taj Mahal. One of the prerequisites of Gowdas job is that he should be 'well-groomed and presentable at all times' while attending to the upmarket clientele.

"It is an unwritten code, which means one has to sport a clean-shaven look and wear impeccable clothes. So, during the peak tourist season, when I spend 10-12 hours on the job, I end up changing my clothes and shaving at least twice a day," says Gowda.

But he recently faced a problem that compelled him to change his shaving routine. In spite of using a multi-blade cartridge razor of a popular company, Gowda ended up with a razor burn that turned into an angry red welt and then became an infected pustule. The infection did heal eventually, but he took a friend's advice and opted for a single-blade, double-edged safety razor from Bombay Shaving Company (BSC). "I had never heard of them. They sold something called the 'six-part shaving system', which includes a razor, a blade, a brush, pre-shave scrub, shaving cream and post-shave balm. Used to slapping on some shaving foam and running a multi-blade cartridge over it, this was a revelation to me. I loved it," says Gowda.

That is the kind of feedback the company thrives upon in a market that is still niche. While the overall personal care market in India is estimated to be Rs 65,000 crore, the men's market is worth about Rs 25,000 crore. The trend is changing, though. As per a Euromonitor report, men's grooming market in India rose to Rs  9,000 crore by 2016 compared to Rs 1,200 crore in 2010.

A New Twist to Old Ritual

In spite of a market growing at 20-25 per cent per annum - choosing the business had not been easy for 29-year-old Shantanu Deshpande, co-founder and Chief Executive of BSC. An IIM-Lucknow alumnus, he had a strong interest in fast moving consumer goods (FMCG) and retail even when he worked for McKinsey. "After four years at McKinsey, I quit in August 2015 to launch my own venture."

He was tossing around ideas when a friend from the US told him about Dollar Shaving Club and Harry's. The former was eventually acquired by Unilever in 2016 for $1 billion. That gave him a nudge towards a grooming product that men can't do without. 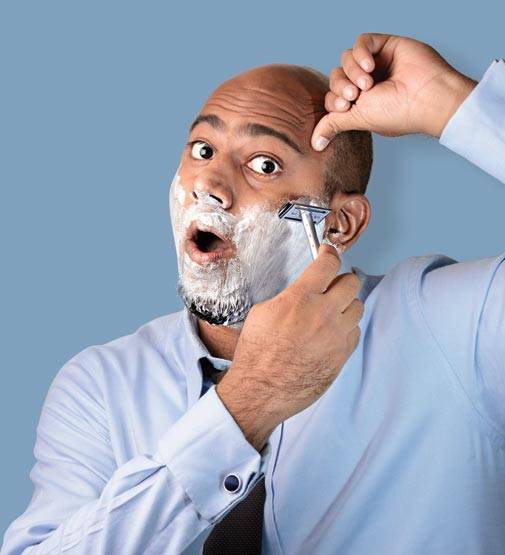 However, reviving a traditional shaving product that had been the norm till the early 1990s and then largely lost its impact had surprised many. Back in those days, the product was pocket friendly, but often led to painful nicks and cuts. So, first came the dual blades and then the multiple blades with added safety features, leading to present-day cartridges.

But here is the catch. While the razor is cheap, the replacement cartridges are quite expensive. The multi-blade cartridges are safe, but some purists think "they dont provide a close enough shave". In contrast, the double-edged safety razor offers the good old fine shaving - a slow, comfortable, luxurious shave that may last the entire day. With global brands like Merkur following the same USP and re-emerging as a market leader, Deshpande, too, saw an opportunity for disruption. He roped in his friends - Raunak Munot, Deepu Panicker and Rohit Jaiswal - as co-founders, and they took about a year to finalise the product and the strategy. Bombay Shaving Company was formally launched in June 2016. Ask why they put 'Bombay' in the company name and you get an enigmatic response. Well, all the co-founders are from Bombay (they won't call it Mumbai); the city is a blend of the old and the new (that's what their company stands for) and it is one of the four best-known Indian words globally, the other three being Taj, Himalaya and Gandhi.

On a serious note, BSC will tell you why it is different. In contrast to the market leader, which emphasises that more blades are better for a smoother shave, BSC claims its double-edged single blade provides a closer and more comfortable shave. "The in-house design is the key to success. The blade's tolerance has to be between 70-100 microns to ensure the level of quality shave we aim for. We have put in a lot of effort to understand the different skin types to develop appropriate solutions," says Deshpande. The manufacturing is outsourced, but the CEO claims that the process IP developed is not easy to replicate.

Of Money and Growth

BSC managed to raise `3.7 crore in October 2015 from a clutch of 25 angels, including 11 former McKinsey colleagues who had worked with Deshpande. One of the early investors is Subramanian Ramadorai, former CEO, MD and Vice Chairman of Tata Consultancy Services.

Commenting on the funding, Ramadorai says, "What is extremely exciting about the Bombay Shaving Company is its understanding of consumers. The company has set out on a journey to building world-class, thoughtful products. And the team has displayed razor-sharp execution skills over the past year. The healthy margins allow them to build a business with limited dependence on external capital. If they continue doing the right things, they will soon be a force to reckon with."

Deshpande says gross margins are around 75-80 per cent and that is why other start-ups such as The Man Company, Ustraa, LetsShave and Beardo are trying to grab market share. But the competition has left the newcomer quite unfazed. A lean team of seven and an asset-light distribution model - BSC sells its products only on e-commerce platforms such as Amazon and Flipkart - have taken care of any unwanted cash burn. It has a host of products in the pipeline, right from bath and shower to face and body products that will hit the market in the next few months. The company also wants to push offline retail to find a place in formats like Big Bazaar stores. "We want to be a multi-product, multi-channel play," says Deshpande, adding that in its first year of operations, BSC is likely to earn Rs 12 crore in revenues.

"The opportunity is very large and we are looking to capture a substantial share of the market," he says.