A detailed investigation of what led to the shattering of India's big oil and gas dream.
By Pradeep Gupta | Print Edition: December 18, 2016 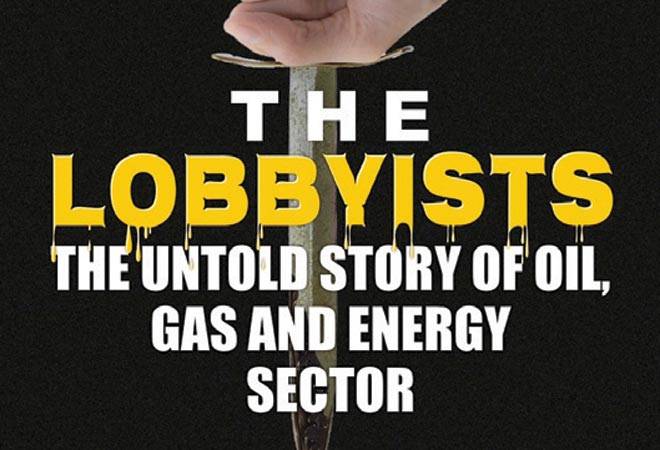 I do not know Jayaswal, the author, personally, but have followed his stories on oil and gas when he was a reporter at The Economic Times. Given his prolific reportage, I was eager to read it to tally my views and understanding about the crude oil industry of which I've been a part for two decades. There was also curiosity about the 'untold stories' mentioned in the title.

This book is insightful, and also iconoclastic. It explains how certain political and corporate elements took advantage of people's ignorance about the controversies in the crude oil sector, and created confusion to pursue their own interests. Although some of these controversies were highlighted by the media, many questions remained unanswered - what happened between 2004 and 2014, who killed the crude oil sector, who is responsible for India's energy security? The Lobbyists answers these, and brings to the fore many more crude facts hitherto uncovered.

The book chronicles developments from the days of the Manmohan Singh government to Modi Sarkar, with a special mention of Delhi CM Arvind Kejriwal. It talks in detail about the Middle-East's oil policy, nuclear deals, energy interests of the US, the Radia tapes, etc., enlightening the reader along the way.

For decades, the oil producers from Middle-East charged up to $6 per barrel more for the oil they sold to Asian customers, like India, than what they did to the US or European refiners. The differential OSP (official selling prices) set by countries like Saudi Arabia has led to billions of dollars being paid by India with no official record of the payments, the book claims. Indian refiners believe that if crude oil was sold to them at a price on a par with their American and European counterparts, their refining margins would have increased by up to $2 per barrel.

Then oil minister Mani Shankar Aiyar first raised the "price discrimination" issue between Asian buyers vis-à-vis European and US refiners at the OPEC seminar in Vienna in September 2004. Like Aiyar, his successor Murli Deora, too, tried to raise the issue when Manmohan Singh's official delegation went on a visit to Saudi Arabia between February 21 and March 1, 2010. King Abdullah had stated that he was not aware of the matter and would look into it.

Those were the days when the Singh-led UPA government let go of its oil minister Aiyar, severed age-old ties with Iran, alienated its Muslim vote bank, and ran a risk by forging a Civil Nuclear Deal with the US. The Left was not in support of 123 agreements in the deal and left the UPA. The net outcome of the deal in terms of India's energy security was negligible. Total capacity addition was only 660 MW, due to support from Russia. At the time of signing the deal in 2008, India's total installed nuclear power generation capacity was 4,120 MW, which rose to 4,780 MW at the end of the UPA rule in 2014.

Integrated Energy Policy, which captured the vision and strategies of the Singh government, predicted that India's nuclear power capacity could touch 63,000 MW by 2031/32. In fact, the author writes, even after 10 years of the historic deal, the nuclear power generation capacity lingered at around 5,000 MW. The author authenticates all these facts with relevant newspaper articles.

The book talks about the civil nuclear deal as a case of give and take. It was the US's diplomatic victory in coaxing India to indirectly accept the Nuclear Non-proliferation Treaty (NPT), which New Delhi had been unwilling to sign. India was happy that its nuclear isolation had ended, and the US was happy that it had brought majority of nuclear installations in India under the watchful eyes of IAEA (The International Atomic Energy Agency). The book provides a good understanding of this development.

Jayaswal diverts our attention to October 2012, when Kejriwal alleged that Singh removed Aiyar because he had refused to raise RIL's gas price from $2.34 per unit to $4.2 in 2006. But Kejriwal, he says, was wrong as there was no such proposal before the government during Aiyar's tenure (May 2004 - January 2006), and Aiyar also had himself denied this allegation.

The book is a good read for those seeking to understand the socio-political scenario of the past decade. It'll also help you understand the decisions made by the previous governments, and how much they helped in building the nation. Like the title suggests, it succeeds in uncovering several hidden truths. ~