The Sun has never shone brighter for the rooftop solar market in India. After years of neglect and false dawns, this segment is all set to break out of the shackles of utility solar and stand on its feet. In 2016, we have witnessed more installations than the entire installed capacity so far. Principally, there are a few key factors that have had a positive impact on the Indian rooftop solar industry. 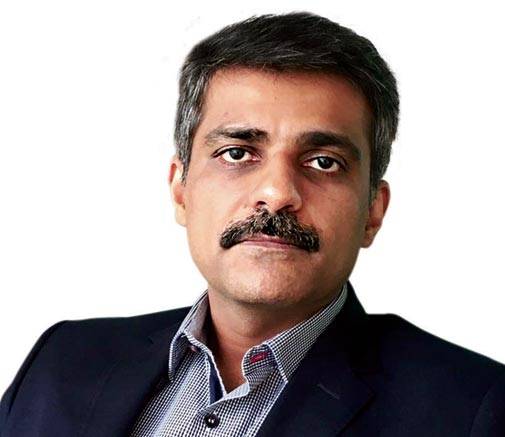 Gagan Vermani, the Founder and CEO of MYSUN, a technologybased solar marketplace, believes that the new dawn in solar rooftops will shine brighter and light up Indian households like never before.

While the ever-rising cost of grid power - increasing 3-5 per cent per annum - will touch about Rs 20 per unit in the next 20-25 years, the cost of solar power has been falling considerably and consumers can lock in an escalation-free cost of about Rs 6 per kWh for the next 25 years. Besides, with solar, we can generate and consume more energy without spending big money and resources on the already inefficient transmission and distribution infrastructure.

According to a research conducted by MYSUN for residential, commercial, industrial and institutional consumers all across India, buying a solar rooftop system today is financially viable for most people paying a monthly electricity bill of Rs 1,500 or more. Therefore, the small residential consumer is likely to drive the bulk of rooftop solar in a few years from now, more so, as the annual electricity use per household is expected to increase from 650 kWh in 2012 to 2,750 kWh by 2050. Moreover, with the advent of solar-powered smart cities, India is poised for exponential growth in the rooftop solar segment.

India also has huge cost advantages over the US in solar rooftop installations. For instance, a 4.68 kWh solar system by Solar City in California is priced at $15,000 (customer gets $4,500 tax credits and rebate) generating 6,400 kWh/ annum, whereas the same system in India will cost around $4,500 generating about 7,000 kWh/annum. However, there are still certain drawbacks on the policy front that need to be addressed.

Slow implementation: Policies like net-metering and gross-metering for solar rooftops have been announced almost by all states. But the implementation of these policies has been quite slow. In some states, it takes almost three to six months to get a net-metering connection.

Participation of DISCOMs: Good policies have been announced without providing for an incentive to DISCOMs to participate in the process. Today, DISCOMss don't want to lose their paying customers to switch to solar as it impacts their revenues and cashflows. Unless they have a stake in this change and some policies that help them, we will not see the rooftops market taking off.

Inefficient subsidies: As the cost of solar has dropped significantly, policymakers should assess whether giving direct subsidies is still required. Our experience and research show that a majority of the energy consumers don't need a subsidy. Moreover, subsidies mostly act as deterrents in rapid deployment of solar as they slow down the consumer decision-making process. Instead, we recommend that individuals be given tax breaks along the lines of a home loan.

Lack of financial products: After the Centre issued guidelines giving solar a priority sector lending status, banks were expected to roll out better and easy capital for rooftop solar. But most banks stayed away from providing suitable products.

Poor contract compliance norms: In recent times, we have seen some corporates signing long-term PPAs with solar developers. This model has grown as it gives the buyer of solar power freedom from investing into the solar power asset. However, one of the biggest concerns of solar developers in this segment is of 'contract compliance' as developers struggle to find enough credit-worthy customers. The policy should provide federal or state backing to PPAs, and local DISCOMs should be made a party to these contracts so that compliance is improved.

This opens up another hot topic. Which business model is better for India, solar PPA or solar loan? From a long-term perspective, we believe the PPA model may start seeing slowing growth as they will soon run out of enough customers with whom they can take the risk of signing long-term contracts. In comparison, buying a solar system is much easier and less complicated for consumers, provided there are easy loans available.

Consumer demand: For years, solar has been sold as an industrial product with little interest to know what the consumer wanted from it. So, rather than generating demand, the industry was busy 'selling'. It is time to change that mindset with a host of initiatives like using technology, algorithms and data analytics to map and forecast consumer behaviour and their buying potential. Efforts should also be made in simplifying solar and bringing in standardisation in quality, pricing and design so that consumers start 'trusting' solar.

Rather than generating demand, the solar industry was busy selling. It is time to change that mindset with a host of initiatives like using technology, algorithms and data analytics to map and forecast consumer behaviour and their buying potential. Photo: Vivan Mehra

Advanced site assessment: A major element in acquiring a customer is to provide an accurate solar system design meeting his or her personalised needs. Companies should rely on advanced tools and 3D mapping using drones and other locational mapping tools to create a complete solar system plant layout with highly accurate shading analysis for every roof that they work on. This will improve overall productivity of the solar companies and impact the entire solar industry positively.

Business models: Selling solar is not just tricky, but also expensive. Reducing costs and improving productivity is key. But Companies spend Rs 60,000-70,000 per customer acquisition. To work around the problem, highly trained executives at MYSUN conduct site assessments and provide detailed reports to all solar companies at a fraction of the cost, resulting in lower costs and higher productivity.

Storage: This is another area where we haven't seen much innovation. World-wide, the cost of storage is going down. It is surprising that we don't have new user-friendly and efficient battery technologies in India. A solar rooftop system with a quality and cost-effective storage device can contribute the most to the growth of rooftop solar.

Rise of 'Solar Prosumer': We are sure to see the rise of Solar Prosumers - individuals, institutes and industries, who produce and consume their own energy. And there is no reason why we cannot beat the 40 GW rooftop solar target by 2022. We just have to get into a mission mode to achieve this. ~

Change the Dialogue on Climate Change