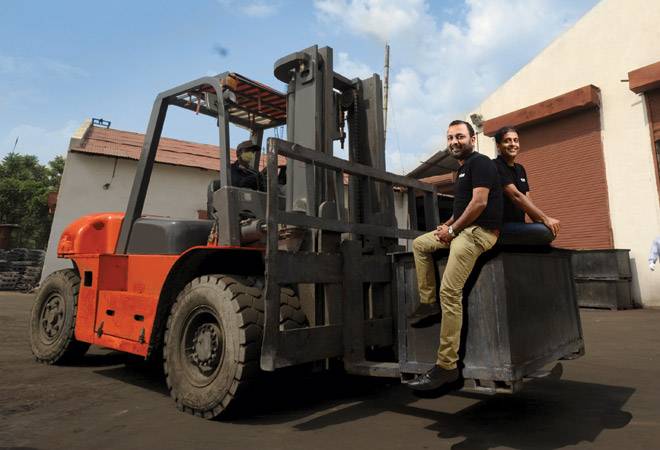 Next time you receive a parcel that you ordered online, have your food delivered or take a cab late in the night, take a close look at the delivery people who are often nameless and faceless. Millions of Indians are part of the grey economy, without access to proper jobs, credit or insurance, mostly because they lack digital footprints to establish their credentials.

Meet Anwarul Haque, a security guard working at a State Bank of India ATM in Bengaluru. An agricultural worker from Murshidabad in West Bengal, he has migrated in search of a better life and now wants to work as a delivery executive who usually earns Rs 15,000-18,000 a month. But Haque has failed to find an opening mainly because he does not own a vehicle and cannot raise a loan from a bank or a non-banking finance company, having no credit history. Also, the company he was trying to join was hesitant as its delivery guys are often responsible for high-value goods, sometimes worth lakhs. There is no way to check Haque's antecedents, and very few would vouch for him in a new city.

Background checks could be crucial, especially in urban areas, where migrant workers abound, and the on-demand economy thrives. In an 'Uberised' world, a U.S. multinational must be able to clear a delivery executive in Bengaluru or a cabbie in Delhi. Then there are different sets of job seekers - domestic help, cooks, drivers, security guards or service providers of all sorts - who would benefit if there is a quick and easy way to establish that they are trustworthy and creditworthy. This is where BetterPlace Safety Solutions comes in. The Bengaluru-based start-up uses a hybrid model comprising data analytics and physical verification to carry out extensive background checks. The company calls it a trust platform to help workers get 'better placed' although its beginning was mired in tragedy.

Pravin Agarwala was shocked when a six-year-old girl was raped at a Bengaluru school, allegedly by a service provider whose background was not verified. At the time, he was working as the global head of cloud development at the enterprise software major SAP. But the incident drove him to address the pain point (Agarwala has two daughters, which may explain it all) and BetterPlace Safety was set up. Saurabh Tandon, who had earlier worked with the data analytics firm Mu Sigma, also joined the new venture as a co-founder.

"There are over 400 million people in the informal economy. If we can verify their backgrounds, help them upskill and move them to the formal economy, they would have easy access to credit, banking services and much more," says Tandon.

The system developed is quite comprehensive. One part of it is verification through documents - ration card, voter ID, Aadhaar, driving licence and so on. Next, the feet on the street will check more details. Overall, it could be a five-stage process that looks into personal details, educational and employment history, criminal records and training-related verification. The data benefits both companies and their prospective hires by ensuring authentication and fast-tracking recruitment and referencing. It could also weed out undesirable candidates and bring down attrition rate, which could be as high as 80 per cent.

Business All the Way

Better Place offers a plethora of services and charges vary accordingly. The company has in place both subscription and per-person pricing models. It also links employees to credit service providers and insurance companies and takes a small cut in the process. The company claims to have 200-plus business-to-business customers, including Amazon, Flipkart, Ola, Swiggy, Delhivery, Portea Medical, Manipal Group and Security and Intelligence Services, among others. "Even some of the blue-collar hiring platforms and staffing companies are our customers," says Agarwala.

BetterPlace claims more than $1 million annual revenue run rate in the first year after its launch, which could bolster its plans. It has also raised about `5 crore from angel investor Lalitesh Katragadda, creator of Google Maps, Unitus Seed Fund and VH Capital.

Commenting on its growth opportunities, Will Poole, Managing Partner at Unitus Seed Fund, says, "India's growing market of 10 crore blue-collar workers are in desperate need of services. We invested in BetterPlace as it promises to help employers reduce costs and increase services to the rising base of entry-level workers who power India's economic growth."