Regulator without a fan

T.V. Ramachandran hands over his business card flip side up. It says: "Hello my name is TV." Dressed in a half-sleeve white shirt and blue tie, he hands over the card mock-ceremoniously. Next moment, the smile gone, he talks of being tired, very tired.

TV was the head of what used to be Essar Cellphone in the 1990s and ran the Cellular Operators Association of India (COAI) for a dozen years before joining Vodafone as Resident Director in New Delhi. He cannot believe he is, nearly two decades after joining the telecom industry, locked in yet another policy battle.

He is not alone. Chances are that by now you would have heard or read Sunil Bharti Mittal, who heads the group that bears his middle name, saying: "This has been the most destructive period of regulatory environment in 16 years." What Himanshu Kapania, Managing Director of Idea Cellular, tells BT is more ominous: "This is a dark period... We will move from wealth to death knell."

TV's global boss Vittorio Colao, Kapania's boss Kumar Mangalam Birla, and Mittal wrote a joint letter to the Prime Minister saying more of the same: their industry faced ruin because of policy proposals that made no sense.

Normally, in the marketplace, their rivalry is war minus the shooting. But now they stand together, watching each other's backs. What has brought them together is a set of proposals made by a soft-spoken sexagenarian. And they hate it. Click here to Enlarge
J.S. Sarma, the man the telecom companies revile, handed in a set of recommendations on April 23, just three weeks before he retired as the chairman of the Telecom Regulatory Authority of India (TRAI), on the auction of spectrum, the airwaves that carry telephony services.

He had to do it under an order by the Supreme Court, which on February 2 struck down the 122 licences that were under the 2G scam cloud and told the government to quickly re-auction them.

The recommendations that rile the industry the most are on pricing and re-farming. At Rs 3,622 crore for every megahertz (MHz) of the 1,800 MHz band, which is what the cancelled licences carried, it is 10 times what was paid under those licences in 2008.

2G auction proposals: All you need to know

And this is just the reserve price. In the 3G auctions of May 2010, which is the last spectrum price discovered through bidding and forms the basis of TRAI's calculations, the winning bids were up to five times the reserve price.

The naive thought this would end the aspirations of those stuck with cancelled licences - Uninor, Etisalat, Sistema Shyam, and others - which have already written off huge investments in the country and would struggle to muster the additional amounts needed to reactivate their licences. This has been the most destructive period of regulatory environment in 16 years: Sunil Bharti Mittal
That it would, but the entrenched players - the incumbents - are equally alarmed. Many of them hope to participate in the auctions and, more important, will need to renew their first licences, issued in the mid-1990s, from 2014 onwards. This is where TRAI struck what the industry saw as a second crippling blow.

The renewal of licences, Sarma's Trai believed, would be the right time to introduce re-farming: taking away the 900 MHz spectrum, mostly with the incumbents, and redistributing it. This spectrum, being of lower frequency, is more efficient and needs less investment in infrastructure than the 1800 MHz band and above.

No one was therefore surprised when, soon after the recommendations were released, executives of Bharti, Vodafone and Idea - the incumbents - spoke in one voice with Uninor and Videocon - holders of cancelled licences - that the recommendations would double the tariffs for consumers. 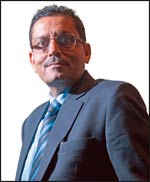 This is a dark period... We will move from wealth to death knell: Himanshu Kapania
It is not that their hearts bleed just for the consumer. Assuming that the spectrum purchases are funded by debt, the industry will have to raise additional loans worth Rs 2.72 trillion (one trillion equals 100,000 crore), according to an assessment of TRAI's recommendations done for COAI by consultancy firm PwC. That the industry is already creaking under a combined debt of nearly Rs 1.86 trillion is hardly a source of comfort.

"That is just the impact of acquiring spectrum; the companies will also have to make other investments in rolling out and operating their services," says Mohammad Chowdhury, who heads PwC's telecom practice and was the lead writer of the report.

IN NEWS: 2G auction to begin from August 6

And that is what just the pricing recommendations will do. The prospect of "re-farming" also strikes terror. If companies have to switch their services from one frequency to another, they will have to use different base transceiver stations, which connect the user to the network.

TRAI's recommendations will lead to prolonged disputes and litigation

"It is our estimate that Rs 25,000 crore worth of assets will have to be written off and fresh investment of Rs 1 trillion made by the industry in new equipment," says Idea's Kapania. Until this is done, large swathes of the country will stay disconnected, their phones no more than paperweights. "Rural consumers will be the worst hit; our 100,000 villages will be without services," says Kapania.

Telecom regulation has often been seen as capricious, favouring one company over another and one technology over the other. But this time there is more gloom than before. A generally ebullient top dog at a large company speaks for many of his peers when he says: "For the first time, it is a question of survival."

Click here to Enlarge
The tears do not move Sarma, whose drawing room has for three decades displayed imprints of a 1,000-year-old rock edict laying down the rules of India's trade with Rome. Appearing with his successor Rahul Khullar before a Joint Parliamentary Committee on May 29, he defended his recommendations with cool mathematics.

Re-farming will unconnect the connected

Those who know Sarma say he believes the companies can easily afford his prices. After all, they did bid exorbitant amounts in the 3G auctions just two years ago. His calculations say they can reap many times their investments. They can offer whichever service they want since the spectrum is being made completely technology-neutral. The impact on the consumer will be minimal because the tariffs will not rise any more than 5 paise for a call - a small price to pay when the government stands to gain Rs 7 trillion from the sale of spectrum. Click here to Enlarge
And that is where the companies join issue with Sarma. The intent of telecom policy, they say, should not be to maximise revenue to the government. That will kill the goose that lays golden eggs not only in its own nest but also in the related industries of information technology, e-commerce, health, and education.

"An increase of 10 per cent in telecom penetration adds 1.6 per cent to the gross domestic product," says Kapania.

IN NEWS: 8 blocks of 2G spectrum to be auctioned

Besides, the 3G bids rose because there was a small quantity of spectrum on offer and every company had to either have 3G in its bouquet or lose the high-end consumers. According to Kapania, the reserve price in this year's auction should be calculated by taking the 2008 price and factoring in notional interest taken at the State Bank of India's prime lending rate.

That would work out to less than a fourth of Sarma's price. Industry insiders say they will be happy even if the reserve price is fixed at twice this amount, or even a little more.

As of now, the companies may have their nose ahead. They say the new TRAI chairman looks sympathetic when they tell him their woes. They believe that the reserve price may be fixed considerably below Sarma's levels. There is a letter doing the rounds in which a senior bureaucrat questions some of TRAI's methods.

That the Telecom Commission, the highest policymaking body in the department of telecommunications, doubled the spectrum on offer to 10 MHz is seen as a big relief.

However, the New Telecom Policy approved by the Union Cabinet on May 31 embraces the refarming the industry so dreads.

So, what can be the worst case scenario?

"TRAI's recommendations seem to raise spectrum prices to a level where only the incumbents, mainly Bharti and Vodafone, can afford it. This could accelerate market consolidation without mergers and acquisitions. In the medium term, it is difficult to see any sustainable vendors beyond Bharti, Vodafone and maybe Idea," says Ankur Rudra, who heads telecom research for Mumbai-based Ambit Capital.

While we ponder that, Sarma will put his feet up and relax. Those who have spoken to him lately say he, too, feels tired - sick and tired.

Why rupee fall is hitting exporters this time

We will beat Google in all markets: Steve Ballmer