A poor and self-taught tribal woman has become an education activist. 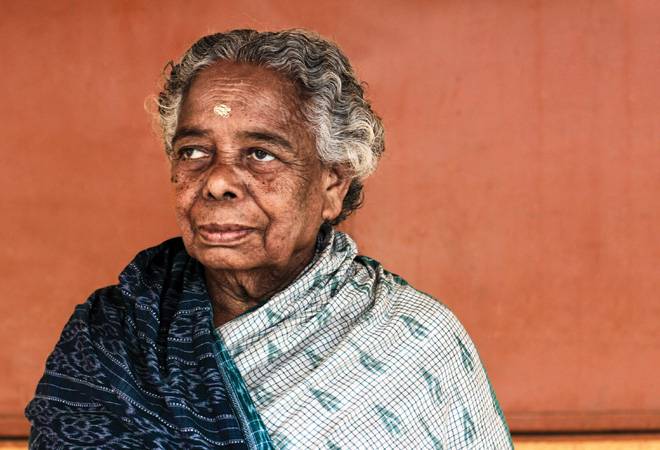 Even at 70, Tulasi Munda is in her element. As she walks down the corridor of the school she had founded, both students and teachers greet her with folded hands and some even touch her feet. While she acknowledges, nothing escapes her sharp eyes and the next moment she is bawling at the kids loitering outside their classrooms.

The story of Munda, a self-taught tribal woman from Keonjhar district in Odisha, is one of grit and gumption. Born into a poor tribal family, Munda had worked as a daily wage earner in Serenda village (Kendujhar district) since she was 12. For the next five years, she had taught herself whenever she could, worked with social activists who promoted women's education and became a follower of Vinoba Bhave.

She started her first school in Serenda in 1964, first on the veranda of the village head and then under a Mahua tree, on a small plot of land. All the time it was more a creche than a school where women engaged in daily labour used to leave their children. But the young teacher did not mind catching them young. Today the Adivasi Vikas Samiti School enrols 1,000 kids and provides education up to the 10th standard for a monthly fee of Rs 200. It also boasts a three-storey building, a playground and a hostel for boys and girls.

As awareness grew, so did the number of students and one school was not enough. So, Munda had to set up 10-11 more, although smaller ones, in other villages of the region. A total of 2,000 children are under her care, including the 1,000 in her Serenda school, and she has also employed 75-80 teachers.

She does not accept government help as it requires an elaborate compliance procedure but corporate donations to the tune of Rs 1-1.5 crore come in every year.

Her efforts to educate tribal children and develop self-sustaining economic models in Odisha villages have won her many awards, including the Padma Shri in 2001. A biopic, directed by Amiya Patnaik, successfully conveys her message: If you want to make a difference, you have to be selfless.