Sumant Sinha is Founder-Chairman and CEO, ReNew Power Ventures interest rates will need to soften to provide a fillip to demand as well as lower the pressure on corporates
Sumant Sinha | Print Edition: July 20, 2014 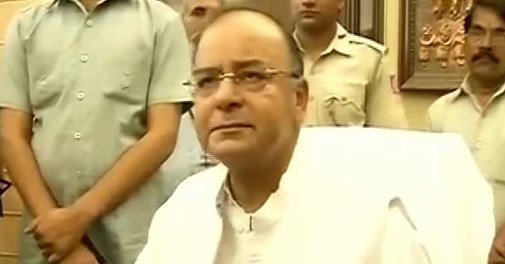 Sumant Sinha
This will be a seminal budget for several reasons - one, it is the first budget from a government which has a majority in Parliament after more than a quarter of a century. Second, Prime Minister Modi made development a key part of his election campaign. Third, this has therefore led to sky high expectations. Lastly, given the fragile economy and limited room for manoeuvre the budget's importance gets magnified manifold. In addition, this will be the first meaningful economic statement from the new government.

Manifestos do not communicate much and so cannot be taken as a pointer to the NDA government's economic philosophy. Let's look at the several areas that need to be addressed. The first is the macro economy. While the current account deficit has eased to the point where the RBI is now buying dollars and FX reserves are accreting again, the reality is that in a still vulnerable global economy,sentiment can turn quickly and therefore caution needs to be exercised. Inflation is still quite high and though reducing, needs to be addressed quickly through supply side interventions. Fiscal deficit and government borrowings need to be brought under control and the new FM will need to specifically state his intent on subsidies going forward. Credit the outgoing government with at least having brought the fiscal deficit under some semblance of control. Mr Jaitely will have to continue on this trajectory but by controlling revenue expenditure.

Hopefully an improving economy should help should provide fiscal tailwinds. But announcing a commitment to the FRBM targets, and laying out a clear road map, would important.

How will the government deal with interest rates and the RBI? Elements within the BJP have stated that they are not in agreement with the high interest rate strategy being pursued by the RBI and instead that growth should be given a boost, while the RBI governor has said that high inflation has to be brought down first as a precursorto growth resuming sustainably. It will be interesting to see how this particular difference plays out but given the political instincts of the governor and the need for the new government to show continuity, it may very well be that both sides nuance their positions going forward. Clearly however, interest rates will need to soften to provide a fillip to consumer demand as well as lowering the pressure on corporates.

The key to the economy, and therefore will need to be incorporated in the Budget in some way, are steps to revive growth. How can this be achieved in the backdrop of weak consumer demand, banks labouring under an NPA load that threatens to effectively wipe out half their Tier 1 capital, corporates suffering high interest ratesand stuck projects, and high government borrowings and fiscal deficit? The government does not have room to spend, corporates similarly need to de-lever and re-equitize, and consumers are suffering from an uncertain outlook and a weak jobs market.

There are a few solutions to get out of this conundrum. First, banks should be allowed to raise new capital through the capital markets, the genuine privatization of PSU's must be expedited now that the capital markets are doing well. The slowly improving global economy and better sentiments about India will help in this regard.

Second, the Budget will need to specify judicious increase in government spending on large infrastructure projects. The government could begin to implement some of the mooted schemes such as 100 new cities, the golden diamond and more efficient use of the railways, construction of more ports and airports, etc. This would also kickstart demand for steel, cement, etc.Third, there could be a statement of intent with specific steps to revive key sectors such as power and roads as these have become extremely dysfunctional. The FM will have to push for more rational (higher) power tariffs to improve the health of discoms ultimately leading to their privatization and a freer energy market. Fourth, capital markets need to be mademore effective and banks need to be recapitalized quickly to re-start the liquidity cycle which is a key ingredient of further investments.

Fifth, and critically, over the last few years doing business has become increasingly difficult. The reasons are multiple - investigations, tax cases, slow moving policies, and no clear cut economic vision. The new government, by simply stating its economic objectives clearly and believably in the Budget, can move the sentiment needle significantly - and this by itself can lead to a more robust response from the corporate sector. The sticky issues such as environmental clearances, land acquisition processes, retrospective taxation, lack of decision making, bureaucratic indifference, mis-aligned central and state governments, need to be addressed quickly also either through the Budget or in parallel.

Sixth, through the Budget the government should choose five or six sectors and lay out a clear long term roadmap. This is necessary as any new investor needs visibility to create new business plans and make investment decisions. Infrastructure sectors such as railways, power, roads, new banks, etc. would be the best candidates for this articulation. Specific tax breaks or incentives could be announced for these sectors. For example, clean energy implementation times are short. We could easily have $20 billion investment in this sector within a year through cheaper debt, tax breaks or incentives. The FM can fund this easily by increasing the cess on coal.

There are many ways in which a new government can break India out of its economic funk. What is needed initially more than anything else, is the articulation in the Budget of a coherent point of view, a coordinated approach within government, and a clearly spelt out road map of the direction and intention of the new government.

Telangana, Andhra gear up to deal with economic challenges