Stay Focused on Your Goals

I have always been inherently passionate and ambitious about work and family, and perhaps it has a lot to do with my genes. Growing up, it was often hard to separate the family from the business of Lupin.
Vinita Gupta | Print Edition: October 9, 2016 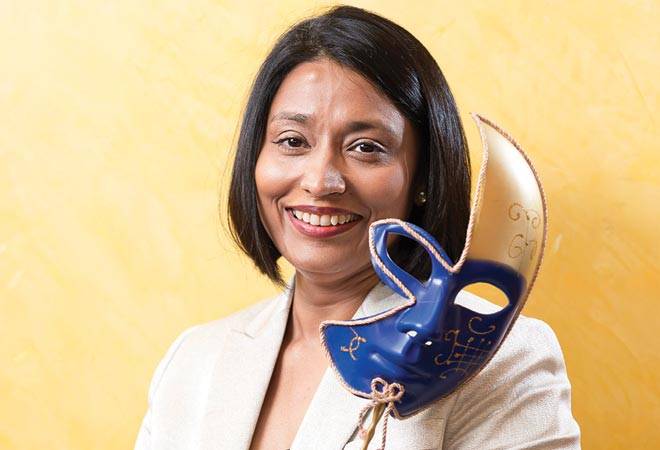 I have always been inherently passionate and ambitious about work and family, and perhaps it has a lot to do with my genes. Growing up, it was often hard to separate the family from the business of Lupin. Dinner conversations were interspersed with business updates and before I knew it, I was already a Lupinytt. I remember going to Switzerland as a 11-year-old - it was a business trip for my father and a vacation for us during the summer holidays. My father let me sit through a business meeting. It was one of my earliest memories of listening to him talk about the pharmaceutical sector and the vision he had for Lupin. A few years later, owing to my interest in arts and good grades in science, I was advised to study architecture. But I decided against it, and instead decided to pursue pharmacy at Mumbai University. In a sense, that was the first formal step of my journey towards Lupin.

The US chapter of my story began almost a year after earning the bachelor's degree in pharmacy. Having worked at Lupin for a year, I decided to study business management at Kellogg School of Management. Back then, Lupin was largely an India focused company but I was determined that we should be on the world stage. And sure enough, after having earned my masters degree at Kellogg, I wanted to take Lupin global by building and working on the company's entry into the most advanced, regulated and largest pharmaceutical market - the United States. We were very late entrants and had missed what the industry refers to as the first wave of generic companies that hit the market.

It was between 1996 and 2001 that I worked on building the right platform that would prepare Lupin for its eventual entry into the US. The next five years saw heightened activity - I set up our operations in the US and worked with Nilesh (Gupta, her brother) and our regulatory and research teams to build a differentiated quality pipeline. At the same time, we created a core team that would work on execution and managing the business as we grew.

Our focus on creating a differentiated approach from day one is amplified by the fact that Lupin actually entered the US by foraying into the brands business with the launch of Suprax, even as we worked to ramp up our generic filings with the Food and Drug Administration (FDA). We launched the US generic business in 2005. With our consistent investments in research, which have increased from 8 to12 per cent of our global revenues between 2005 and 2016, we have created a quality generic pipeline for the US that is second to none. We have the fifth largest Abbreviated New Drug Application (ANDA) pipeline pending approval with the FDA. This, coupled with flawless execution, has made Lupin the fifth largest pharmaceutical company (by prescriptions) in the US, with the market contributing close to 51 per cent of the company's global revenues. At the same time, I am making sure that we keep on creating new opportunities by adding new growth engines to the business, be it technology, products, new therapies, markets or the right people.

Besides creating a strong footprint in the US market, we have successfully used inorganic growth approaches (more than 15 acquisitions over the past decade), integrating the new businesses seamlessly to drive global expansion, creating new synergies to unlock further growth and deliver incremental value. For instance, we acquired Kyowa Pharmaceutical in Japan in FY 2007 and have since added to the business, growing it organically as well as augmenting it with smaller calibrated acquisitions that have resulted in revenues increasing from around JPY (Japanese Yen) 8 billion to over JPY 25.1 billion in FY 2016. Our recent acquisition of 21 long listed brands from Shionogi will add to the growth momentum. Lupin today is the sixth largest generic pharmaceutical company in the Japanese market. It remains the only Indian company with a leadership position in the Japanese market.

We have made a series of other strategic acquisitions to add commercial footprints in key countries or to add to our technology base - Pharma Dynamics in South Africa, Multicare Pharmaceuticals in Philippines, Nanomi in Netherlands, Grin SA De CV in Mexico and Medquimica in Brazil. The recent acquisition of Gavis (the largest by an Indian pharma company in the US and the largest pharma deal outside of India) is expected to give a big boost to the company's future pipeline there (adding over 130 products including 66 ANDAs filed and 65-plus under development).

The journey has been an exciting one and in many ways it has just begun. But it has also been important that we have ensured two things remain constant throughout: our values, specifically the entrepreneurial spirit that Lupin has been built on,and that we maintain a small company feel - entrepreneurial, agile, and decisive - while we grow our business.

As a leader, one must have the vision to stay ahead of the curve to recognize opportunities, the ambition to seize them at the right time, and the judgment to recognise a failure and cut losses. It is also important to realize that there are no competitive advantages that will last forever. The pace and the race to innovate is shrinking and you must be two steps ahead to be able to create differentiators consistently, otherwise you won't be able to create incremental value that is going to grow the business exponentially.

As an entrepreneur, I consider myself fortunate to be surrounded by family and colleagues who have encouraged me and have been a sounding board all the way through. Entrepreneurship is also about creating the right team - listening to, observing, building bridges with people and getting them to share your vision and add value. That is what leadership is all about. My leadership style is a function of the work culture we have created at Lupin and also from observing my father from a young age - to be inclusive. I believe that the next big idea could come from anyone, both within the company or outside. The key is to be open and at the same time be perceptive about it. And I also feel that part of being perceptive comes from setting milestones - for the organisation, yourself and the team. It helps measure progress and perform course corrections if needed. It also acts as a primary gauge for assessing opportunities and performance.

The pharmaceutical industry is amongst the most dynamic industries globally, and being a global company in such an environment comes with its own set of challenges. The scope and scale of innovation is huge when compared with other industries. We at Lupin have been aware of this fact and have always strived to be ahead of the curve.

Strategic acquisitions have helped us add strength and depth in key markets and create beachheads in markets where we didn't have presence. We are also expanding our manufacturing capabilities. All these factors are helping us deliver strong product portfolios across markets consistently. I feel we are just getting started - a sentiment shared by over 16,000 plus Lupinytts across the globe. As a CEO, this is perhaps one of the most satisfying and encouraging signs - the shared passion and conviction of 16,000 Lupinytts that the best is yet to come for Lupin.

Over the years, I have often been quizzed about my views on women empowerment. To be honest, I don't think of empowerment by gender. To me, the most important thing is to identify what you desire - and then to devote your life to getting there. In a lot of ways, that has been the sum total of my professional life so far. I have had the opportunity to meet several women leaders, and the one common theme I have learned from them is that your achievements are driven by your own imagination and drive to succeed. The key is to find the right balance between your professional and personal goals, and more importantly, to communicate those to the people who are integral in making that happen - be it family, friends or colleagues.

The writer is CEO, Lupin

How Vanitha Narayanan brought IBM back in the swing

Mulye has managed to make all her stints at ICICI count