The UDAY scheme for struggling power distribution companies is converting banks' high interest bearing loans into low yielding investments. What does it mean for the balance sheet of banks? In early 2000, state-owned power producers such as NTPC were forced to sign a Rs 40,000 crore one-time settlement with state-owned power distribution companies (discoms). The states issued tax-free bonds to power producers as recommended by the group of experts headed by former member of planning commission Montek Singh Ahluwalia. In less than a decade, the discoms were back with a begging bowl before the banks to restructure over Rs 2 lakh crore outstanding loans. Banks did restructure the loans, but not without setting stringent conditions for revival including increasing power tariffs, cutting distribution losses and also reducing power costs. But that was not to be.

In the past five years, the performance of discoms has only deteriorated, with accumulated losses at a staggering Rs 3.8 lakh crore. The outstanding loan has more than doubled, from Rs 2 lakh crore to Rs 4.3 lakh crore. Indeed, the discoms are on the verge of default on an amount of Rs 40,000 crore this year as the principal repayment was due to banks. The government, as it had done earlier, pulled another rabbit out of its hat to save the discoms. The Ujwal Discom Assurance Yojana (UDAY) has states taking over 75 per cent of the loans of discoms by March 2017. The states, in turn, will issue bonds to lending banks and other market participants. The balance 25 per cent of the loan on the books of discoms will be converted into credit at concessional rate - base rate plus 10 basis points or issued as bonds in the market. Call it yet another financial restructuring or a permanent revival strategy, the UDAY scheme comes with similar promise of improving operational as well as financial performance. And in the bargain, the banks, especially the public sector banks are once again getting shortchanged as they will end up subscribing to UDAY bonds.

The outstanding loan of Rs  4.3 lakh crore, earning 14-15 per cent annually for lenders (around Rs 64,500 crore), will now earn 8-9 per cent (Rs 38,700 crore). Now, given a choice, the banks would like to shed their exposure to discoms and use the funds for other activities where they could garner similar or higher returns. Rajat Bahl, Director at CRISIL Ratings, in his recent report has said that the profitability impact of this conversion of loan into bonds would be around Rs 4,300 crore per year, which amounts to 8 per cent of the profits of PSBs estimated for 2016/17. Clearly, the banks with higher exposure to discoms like Canara Bank, Bank of India, Central Bank of India and Syndicate Bank will get more impacted as compared with banks which have a lower exposure to the sector including IDBI Bank, Allahabad Bank and Andhra Bank. Bankers, however, defend the UDAY scheme. "Had UDAY bonds not come, the power exposure of some of the banks would have become NPAs. The banks would have been in bigger trouble," says Praveen Kumar Gupta, MD (Compliance & Risk Management) at State Bank of India. K. V. Brahmaji Rao, Executive Director at Punjab National Bank (PNB), lists out the benefits in the banks balance sheet. "The risk weights of these power loans would no longer be needed, which would save much needed capital. The banks will also have the benefit of writing back the provisions in some of these restructured loans," points out Brahmaji Rao of PNB.

Rating agency ICRA says that as the discom loans exposure attracted a risk weight of 20 per cent of the capital, the banks capital adequacy will improve on conversion into bonds. ICRA has estimated total capital relief in the range of Rs 4,000-5,500 crore.

Similarly, CRISIL estimates PSBs to benefit from a one-time provisioning write back of Rs 5,000 crore onrestructured loans of the discoms.

Not an Efficient Instrument

The biggest disadvantage of UDAY bonds for banks is the non-SLR (Statutory Liquidity Ratio) state development bond (SDL) status granted to them. Banks can borrow against SLR securities from the RBI window whenever they need money. SLR refers to the amount banks have to invest (currently a minimum of 21.25 per cent of net deposits) in the form of cash or gold or government approved securities before providing credit to the customers. Currently, the market borrowing by the Central government through G-Sec and the states through SDLs enjoy SLR status. Many banks hold SLR securities in excess of the prescribed minimum limit. 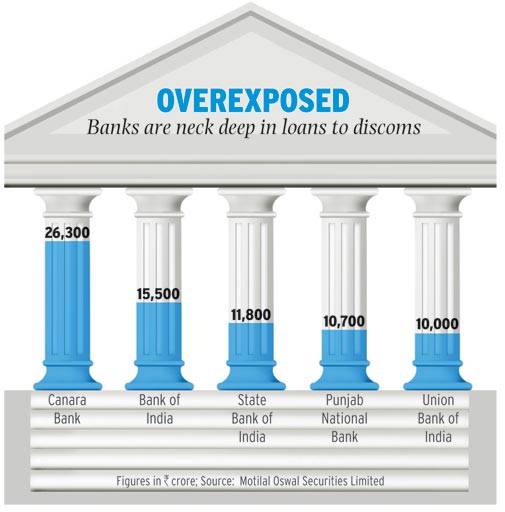 Bankers say UDAY bonds command a higher coupon rate, which actually compensates for the non-SLR status. The Rajasthan state government, for instance, recently issued its 10-year SDL at 8.09 per cent. The 10-year G-Sec paper was priced at 7.59 per cent. The UDAY scheme envisaged a maximum coupon of the 10 year G-Sec rate plus 75 basis points. As a result, Rajasthans UDAY bond was issued at 8.33 per cent.

Meanwhile, UDAY bonds are also allowed in the Held-to-Maturity (HTM) category. It protects banks from making any mark-to-market losses on these investments in the eventuality of a crash in bond prices. For instance, imagine that the bonds are not liquid and the interest rate goes up over the next 10-15 years. In such a scenario, there will be no demand for low-interest bearing UDAY bonds. The lower return would also impact the profitability of the banks. "But HTM is not an efficient way of running a treasury operation. The treasury in a bank is meant to maximise the returns from investment portfolio," says a debt market dealer. Bankers point out that there is a provision for transferring the HTM portfolio to available for sale (AFS). Rating agency ICRA in a report says that banks could consider selling UDAY bonds to protect their net interest margin (NIM) since their credit exposure is getting converted to more liquid SDLs. But it is easier said than done. The AFS conversion will also substantially expose these SDLs to mark-to-market losses.

There is also a trading risk in UDAY bonds as even SDLs that which enjoy SLR status are thinly traded in the secondary market. Central government backed G-Sec dominate the volumes. For example, the G-Sec market saw a transaction volume of Rs 92,06,700 crore in 2014/15 whereas SDL volume settled at Rs 1,88,600 crore. "So, where is the place for UDAY bonds, which are non-SLR when SDLs with SLR status are not traded frequently," says a debt dealer. Arun Khurana, Head (Global Market Group) at private sector IndusInd Bank, explains: "Normally, banks put SDLs in the HTM category and hence it doesnt come for trading."

The SDL market is still to develop as there are anomalies like higher coupon rate than G-Sec despite being sovereign backed and enjoying SLR status. Therefore, the market appetite for non-SLR UDAY bonds is still unclear. "The banks will need to provide liquidity in the market. If the bonds do not circulate and banks withold selling, there may not be much liquidity," says Killol Pandya, Head (Fixed Income) at Peerless Mutual Fund. The secondary market demand for UDAY bonds would be restricted because of higher power exposure of many public sector banks (PSBs). "Any fresh exposure by way of UDAY bonds will be taken in a composite way to compute the total power exposure. Globally, bond and loan exposure to a particular sector is treated on par. Both are credit instruments," says the CEO of a private sector bank. Clearly, PSBs, which dominate banking with two-third share of deposits and advances, would like to avoid enhancing their exposure to the power sector - particularly discoms - by way of bonds. That leaves insurance, mutual funds and private and foreign banks in the secondary market to absorb them.

Many suggest LIC could easily absorb these bonds. Pravin Kutumbe, Executive Director at LIC, says that the bonds are attractive and there is no possibility of a default. "The RBI will see to it that the payment is made to investors. In fact, RBI and the state has a mechanism of overdraft in case of a default," says Kutumbe. 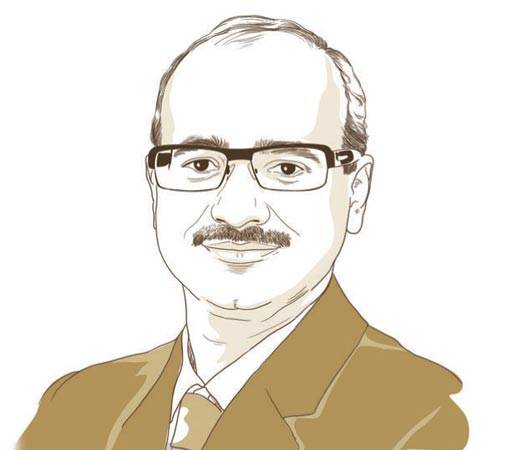 UDAY bonds could find takers in the mutual fund industry , but they will not be in a hurry to grab them. "The MFs are critically dependent on liquidity to meet their redemption requirement and need liquid stock. While Income and dynamic funds are best suited to to hold UDAY bonds, the extent to which MFs can hold the papers may not be enought to create liquidity in the market," says Pandya of Peerless MF.

There are some experts who compare Uday bonds to oil bonds issued way back in 1997/98. Faced with fiscal constraints , the United Front government issued bonds to oil marketing companies (OMCs) in lieu of pending subsidy arrears. OMCs, which got the bonds, often came to market to sell them whenever they needed money. "This used to result in over supply of bonds and would lead to price disturbance in the market," says Pandya of Peerless. The oil bonds saw a sharp fall in prices and consequent firming up of yields. Experts fear similar reaction in UDAY bonds as banks, who were stuck with discom exposures for decades, will now offload them in the market. "If the banks would offload the bonds in the market in a significant way, it may lead to a glut and the prices would fall," says Pandya of Peerless MF. "This would cause price disturbance in market which may be otherwise stable." The implications of such a reaction would be twofold. First, banks holding UDAY bonds as AFS would have to book mark-to-market losses. Second, the new additional offering , if any of such bonds , would have to offer a higher coupon rate. In fact, the impact of UDAY bonds on state finances will be visible after two years. Indeed, states have been given special concession for not including the loan taken over for calculation of fiscal deficit. "With UDAY bonds coming into operation, it is unlikely that states will be able to shrink their deficits, which puts pressure on the centre to adjust more," states the RBI study of State budgets of 2015/16.

Will discoms be third time lucky? The banks, RBI and the states have done their bit. It is now the turn of discoms to deliver operational and financial performance. First, they have to wipe out the annual losses of over Rs 60,000 crore as well as accumulated losses of Rs 3.8 lakh crore. Surprisingly, UDAY has set a very ambitious break even target of two-three years when almost all the discoms would be profitable as per the plan.

Like in the past, the major hurdle is going to be the tariff increase by states as it often becomes a big political issue. With two big states - UP and Punjab - going to polls soon, the UDAY Scheme would face many such hurdles going forward. Clearly, the focus is gradually shifting from banks to states. Banks, which would be eventually sitting on UDAY bond exposure of over Rs 4 lakh crore, would certainly pray for discoms to be third time lucky.

"The system is becoming more and more reliable"