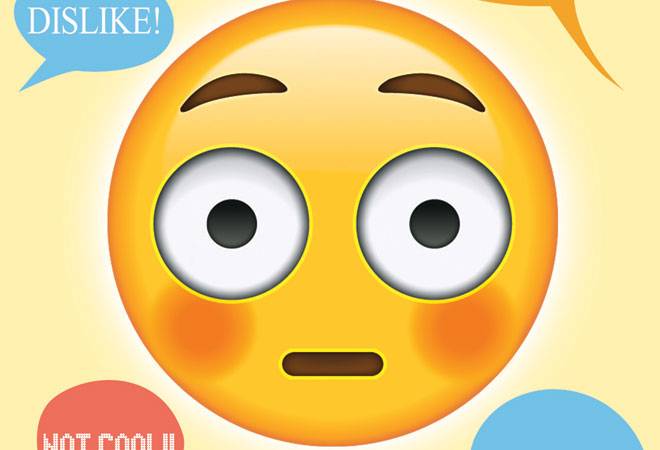 You may have a million followers on Twitter and a million fans on Facebook, but all it takes is one annoying post to turn them against you. Cricketer Yuvraj Singh learnt it the hard way when he launched his clothing line YWC Fashion and got his fellow sportsmen to tweet about the launch event. "Hope your event was a splendid success @YUVSTRONG12. Wish I could have been a part of @YWCFashion! My good wishes are with you," read the tweets from Gautam Gambhir, Brett Lee and Saina Nehwal, among others. Not one to mince 140 characters, Virendra Sehwag hit back with a tweet slyly chiding him for the barrage of promotional tweets. His tweet was liked by 1,688 people.

No one likes being spammed, not even by celebrities. According to a recent report by Sprout Social, a Chicago-based social media management software company, the most annoying activity by a brand on social media is posting too many promotions (57.7 per cent), while 38.4 per cent found the use of slang and jargon as most annoying. Other 'annoying' activities listed were 'brand accounts not having personality' (34.7 per cent), 'trying to be funny when they are not' (32.3 per cent), and 'not replying to messages' (24.7 per cent). The report is based on data from 257,000 public social media profiles.

In India, says Rajesh Lalwani, CEO of Scenario Consulting, a Delhi-based brand consultancy, brands make the mistake of using social media as a medium to sell. "With immediate sale as the objective, the focus is on selling rather than on trying to understand the consumer's need or engaging with him," he adds. The result is repetitive, annoying promotional posts, which do more harm than good to the brand's image.

Take, for instance, this tweet by a user named Eskimo, "Dear @Flipkart I am tired of seeing the #BigAppShoppingDays spam on my timeline. Kindly ask your influencers to put their own content."

Another action, rather inaction, by brands, that invites the wrath of users in India is 'not replying to messages'. Almost every company in the service industry has a presence on social media for customer care, but they usually either stick to standard replies or don't reply at all. "The customer is not really seeking an apology, he is seeking a solution," Lalwani says. It is the resulting frustration of customers that gets brands negative publicity on social media. And if the complainant is a celebrity or an influencer?brands better brace up.

In 2012, Vishal Gondal, Founder and CEO of GOQii, posted on Facebook about his Audi Q7 being mishandled and taken out for a drive while at servicing. The outrage spread across social media channels - Gondal had 22,000 followers on Twitter and 11,000 on Facebook, at the time - by the time Audi decided to reply to his post and later denied the said misuse. What harm can a little joke do? Plenty, if it's on social media. Zomato's cheeky hiring campaign 'Why Bangalore is better than Delhi', two years ago, caused the company a lot of grief. People uninstalled the app and its ratings on the Play Store plummeted. To placate customers from both cities, Zomato's CEO, Deepinder Goyal, had to issue an apology.

How can brands avoid these awkward situations? According to Aniketh Dsouza, Founder and CEO of Mindstorm, a digital marketing agency, some of these situations can be tackled by investing in tools such as Klout, which helps social media executives measure a person's score on social media. "Any person who has a score above 50/60 needs to be dealt with carefully. Similarly, Ripples helps you understand a person's tweeting pattern, the number of retweets they get, etc, in under 10 seconds," he adds. ~

Facebook now allows people with verified profiles on its network to make money via sponsored posts. Earlier, the company allowed only verified pages to post branded content. With the new policy, verified users, too, can share branded content such as sponsored text posts, photos, videos, Instant Articles, links, 360 videos and Live videos. However, conditions do apply. The social networking site wants people with verified profiles to add a handshake icon to the sponsored post that would let users tag the brand they are promoting. The tagged brand will get a notification from Facebook and will have an option to share it on its page, too. The brand will be able to turn the post into an advertisement using additional spends.

Tinder has rolled out a poll called 'Swipe the Vote' in 15 countries, including India, to help a user be matched with users of similar political views. The poll asks users to swipe (vote) on issues ranging from immigration to climate change to find out whether they support Hillary Clinton or Donald Trump. "When you see the 'Swipe the Vote' card, simply tap on the card and swipe in the direction of the option you agree with. To learn more about the issue, just tap the card before you swipe. Before you're matched with a candidate, you'll be asked whom you would choose to be the next President of the United States," said a spokesperson from Tinder. Users can learn more about their match by tapping on the names.

"Technology is not cheap in India"