The dawn of P2P lending 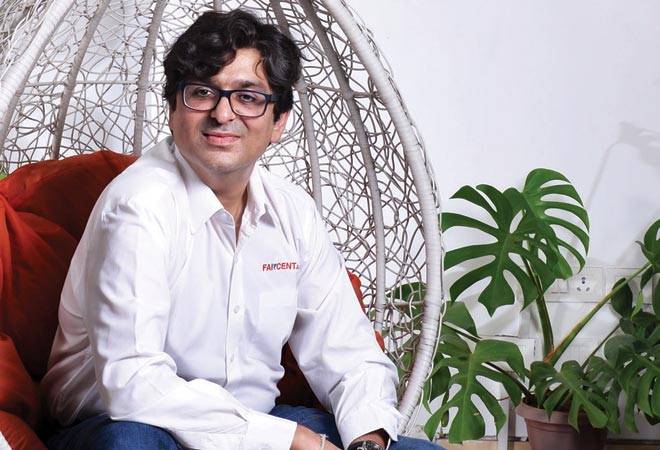 Rajat Gandhi, Founder and CEO of India’s largest P2P platform, Faircent.com, believes that the Modi government's thrust on building a cashless India may just provide the right platform for fintech to bloom in the country. P2P, in particular, is emerging as an exciting opportunity in the digital economy that the Prime Minister is trying to stitch together.

When Prime Minister Narendra Modi announced the decision to scrap Rs 500 and Rs 1,000 notes, one sector was suddenly thrust into the limelight. Indeed, companies operating in the fintech space are scrambling to take advantage of the new situation.

With demonetisation came a severe cash-crunch and the new normal needed new business models. Banks have been the bedrock of every financial system, but in this case they had a Herculean task at hand. Suddenly everyone wanted to do transactions through a mobile wallet, bank transfers became popular and cheque books were quickly dusted out.

Is this the Uber moment for fintech? Uber couldn't have been possible without everyone having a smart phone, a robust digital payment solution and, most importantly, GPS-enabled mapping system from Google. Similarly, the e-money-driven, cashless India envisaged by the government may just provide the right platform for fintech to bloom in India.

Within fintech, peer-to-peer lending (P2P), where an online platform looks to connect an individual lender to an individual borrower, is an exciting opportunity. P2P as a model works beautifully on top of a digital economy driven by JAM (Jan Dhan, Aadhaar and Mobile) and India Stack, which the prime minister and the government is trying to build.

Lending as a business has been highly restricted to a limited number of banks and other formal lending institutions. This has led to very few innovations and a large part of our population staying outside the formal credit sector. Lending as an asset class is most profitable in a credit-starved country like India. While there is no dearth of money that can be lent out, the problem with institutional credit is that it is cumbersome, has stifling rules and regulations, no incentive to be inclusive and the economics of reaching out to the unbanked simply does not work out.

P2P unlocks the supply side by connecting individuals who have surplus money to lend with the ones seeking a loan. Add technology into the mix and you get a powerful tool that can negate the problems traditional banks face. At Faircent we are building the infrastructure for a technology and data-driven credit appraisal system. We have entered into alliances with best in class players like Transunion and Yodlee.

In fact, this has been the hallmark of P2P sites where every player has very early on gauged the need for a digital economy and understood the ability of technology to solve problems that have hitherto been largely neglected. From evaluating borrowers with additional data points, thereby reducing the need for offline paper work, building new methods of disbursal and collection to building altogether new instruments of lending, technology has played a key and a differentiating part in the mix.

Globally, the market has grown tremendously. Lending Club, one of the prominent players in the US, issued $33 million in Q1 of 2009 and a staggering $20 billion in Q2 2016. Similarly, in the UK, spearheaded by players like Zopa and Funding Circle, the industry is estimated to reach $5 billion.

P2P is looked at differently in different parts of the world. For example, Canada and UK regulate P2P platforms as an intermediary, while France and Germany regard it similar to a bank. In the US, however, regulations vary from state to state. In India, the estimated nascent P2P lending is already worth Rs 20 crore, which is significant considering the sector did not exist about two years ago. We are growing at a fast pace and lending about Rs 1.25 crore per month. This has been possible because of the utility and value that P2P lending has been able to provide.

According to Tracxn, mobile payments ($212 million) and lending ($199 million) accounted for nearly 80 per cent of the total funding that went into the Indian Fintech space, year to date. Although, in terms of overall funding, there was an almost 64 per cent year-on-year decline at $51 million (83 rounds), total funding at the seed stage rose to $27 million, while the average investment ticket size at Series B saw a 24 per cent increase at $15.4 million. The sector also witnessed significant consolidation with over 10 acquisitions in the year to date. As per Tracxn, there are 19 start-ups in the P2P marketplace segment and five have been funded.

However, at this stage the sector is still outside the ambit of any regulation, but the central bank is seized of the matter. If the draft guidelines are anything to go by, the rules do seem to point us in the right direction. Regulations should not stifle innovation and look to create a conducive ecosystem, but at the same time ensure consumer protection and that there are no systemic risks involved. This will ensure the nascent sector grows in the right direction.

In India, along with like-minded players, we are trying to grow the industry in a calibrated manner, creating awareness, robust processes and business rules which are now industry standard. Be it the lender criteria, fractionalisation of loans, reverse auction, we are now creating benchmarks for others to follow and setting the norms for the sector.

The year will end for the Fintech space in a flurry of activity. Expect 2017 to be a strong year for Fintech players with P2P playing a bigger and more decisive role. ~

A Sea of Possibilities