A permanent and independent support system, and a specialised team must guide Parliamentary panels to come up with right solutions.
By Joe C. Mathew | Print Edition: February 12, 2017 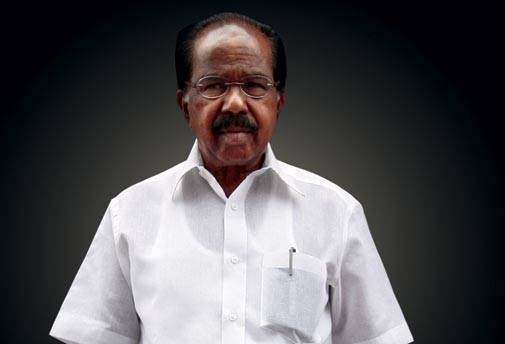 Ever since Prime Minister Narendra Modi announced his government's decision to demonetise high value currencies on November 8, there has been heightened activity among key parliamentary committees. At least four panels are looking at issues linked to demonetisation, its impact and the government's plans for a less-cash economy. However, other than the political and public debates such moves give rise to, it is perhaps time to turn Parliamentary panels more meaningful.

On January 18, RBI Governor Urjit Patel, along with senior officials, appeared before the Parliamentary Standing Committee on Finance (PSCF), headed by Congress leader M. Veerappa Moily, to explain the rationale behind the withdrawal of Rs 15.44 lakh crore of Rs 500 and Rs 1,000 notes.

The 31 member panel, which includes stalwarts like former Prime Minister Manmohan Singh, wanted to get an official response on the motive behind the move, and the planning and preparations that went into it before the announcement. The panel asked Patel why it was taking longer for the liquidity crisis to end given that the government had said that within 50 days things would normalise. It also wanted to have a comprehensive picture of major actions taken to mitigate problems of the common man.

However, all that Patel said was that new currency notes worth Rs 9.2 lakh crore were back into circulation. "We should not blame the RBI governor for not being able to answer all our queries. We were too excited about the whole issue and ended up asking questions for most of the time, without giving him an opportunity to respond," a panel member who attended the meeting said. He expected the central bank to provide more clarity into the issue when the governor is summoned before the committee again.

One cannot blame the parliamentarians either. Even economists have been divided over the move - some in favour of the government decision, while others extremely critical of the move. While the PSCF and Public Accounts Committee (PAC) - headed by another Congress leader K.V. Thomas - is looking into the origins and the operational aspects of demonetisation - whether RBI's autonomy was compromised; to what extent has it eliminated counterfeits; when will the currency flow normalise - the other two Parliamentary panels, Information Technology and Labour, chaired by BJP leaders Anurag Singh Thakur and Kirit Somaiya, respectively, are trying to understand India's preparedness to evolve into a less cashless society.

All the four committees are not in a position to come out with recommendations that are highly critical of the government, nor will they be able to take harsh measures like summoning the Prime Minister . Their views - dissent notes if any - at best can influence media debate and veer public opinion for or against demonetisation.

This is so because, unlike several other countries, Parliamentary panels in India hardly get any specialised research support, other than what is provided by its generic secretarial staff. Delhi-based Centre for Legislative Research and Advocacy (CLRA) says that none of the state legislatures or the Parliament of India have so far been able to establish specific and effective knowledge research or budget research services to bridge this gap.

Therefore, it is perhaps time to think of an independent Parliamentary Budget Office (PBO) - a body independent of the general parliamentary research services and information wings such as Library and Reference, Research, Documentation and Information Service (LARRDIS) and the Speakers Research Initiative (SRI) - with independent and specialised budget analysts, economists, public finance experts and social scientists, among others.

The PM's demonetisation move shook up the entire country, let it also shake up the system that can strengthen Parliamentary oversight, and bring in transparent and responsible governance. ~