With changes in WPI and IIP, along with a stabilised GST, GDP numbers may become more credible, says Pronab Sen 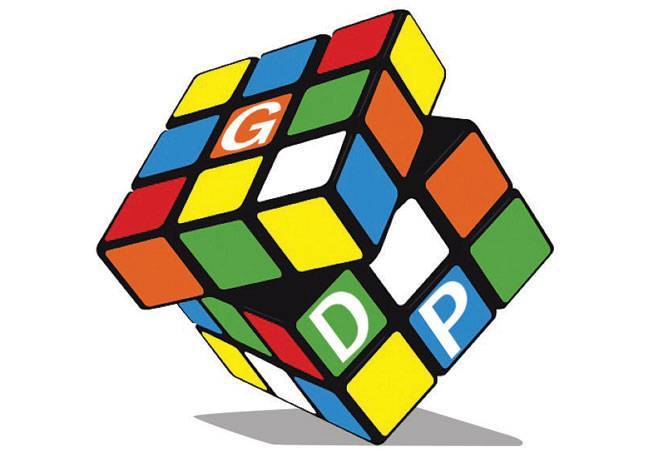 The recent changes in Wholesale Price Index (WPI) and the Index of Industrial Production (IIP) are a significant move towards making the gross domestic product or GDP growth numbers more credible.

While changes in the IIP are normal as in the case of a base change - there are new products and new reporting companies - the bigger change that has taken place conceptually concerns capital goods, where we are now going for work-in-progress valuation. But how effective it will be depends on how well companies understand the concept and whether they maintain their books of account in a manner that will provide a better estimation of the work in progress.

The change in WPI is a little more interesting as indirect taxes have been excluded from the calculation, which brings it closer to the methods used to calculate GDP.

WPI has assumed greater significance in GDP calculation. The reason is that for calculating GDP, you are getting company data from the Ministry of Corporate Affairs (MCA) and all that data is at current prices. So, to convert that to real Gross Value Addition (GVA), you need the WPI as the deflator.

Earlier, you were using IIP, which is a volume index, to calculate the real GDP and then multiplying it by the WPI to get the current price GDP. Nobody looks at the current price GDP (only the finance ministry uses the current price GDP for preparing the Union Budget and predicting taxes). Most analysts look at the constant price. So, people started getting worked up as discrepancies were cropping up because the WPI was old and no longer in sync with the data MCA was giving.

While the changes in WPI make it much better than what it was earlier, it is still not perfect. What is happening is that the MCA data we are getting is for the current year - let us say 2016/17 - reflects the product-wise structure of the current year, but the WPI will reflect the production structure of 2012/13. Therefore, it is better than 2004/05, but it is still not perfect. There is still a gap.

If we adopt such a system, that will take the WPI closer to the MCA data.

There are still problems with the changed WPI. We are not yet eliminating all the taxes. We are eliminating the taxes on the products; so essentially, we are excluding the excise duty but the taxes, which are built-in through the purchased inputs, are not factored out. So, there is no tax element left.

The Goods and Services Tax (GST) will be a game changer in this regard. In GST you get details of taxes paid both by the purchaser and the supplier. So, when we get the data from GST, we will be able to eliminate all the taxes from the WPI calculation. But for that, GST needs to be stabilised.

Nonetheless, the change in WPI calculation will make the GDP numbers more credible and if we move to the rolling index, it will become all the more credible.

RERA will clean up real estate sector, but fear is rise in home prices

The Sword of Damocles