The appointment of P. Chidambaram as Finance Minister has led to a surge in early morning traffic towards New Delhi's North Block, which houses his ministry. A workaholic, Chidambaram begins his day early and maintains a punishing schedule, sometimes working through weekends. Senior bureaucrats, TV crews and journalists are busy changing their work routine to match that of the new minister.

Indeed, all eyes are on Chidambaram - who has taken over the finance ministry for the third time - as he attempts to arrest the economic slowdown and revive global investor confidence in the India growth story. Above all, Chidambaram's international tax policies will be watched closely. So, will he persist with the contentious proposals of his predecessor Pranab Mukherjee or ring in a more liberal policy framework?

Far reaching changes are unlikely as Prime Minister Manmohan Singh, who held the finance portfolio as well for five weeks preceding Chidambaram's entry, had already started a process of calibrating India's international tax laws. Chidambaram, according to both bureaucrats and independent tax experts, agrees with the changes initiated by Singh. Thus he is likely to focus on ushering in a mindset change on the proposed legislation within the government rather than a significant overhaul.

The stance on the proposed General Anti-Avoidance Rule (GAAR) will provide the definitive measure of Chidambaram's approach. GAAR was introduced by Mukherjee in budget 2012, and soon postponed by him for a year in the wake of opposition by both Indian and international investors. 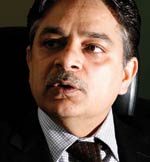 I doubt if implementation of GAAR will be deferred: Mukesh Butani
GAAR is a mechanism that seeks to curb moves by companies to avoid taxes by exploiting loopholes in the law. It requires income tax officials to take a call on a company's motive, and has triggered apprehensions of harassment among investors. Chidambaram is likely to go ahead with it as it was he who introduced the concept in the first draft of the proposed Direct Tax Code legislation, made public in 2009 by then finance minister Pranab Mukherjee. "I doubt if implementation of GAAR will be deferred," says Mukesh Butani, Chairman of consultancy firm BMR Advisors. Butani was a part of a working group set up by Mukherjee after the budget to detail the operating manual for implementing GAAR.

However, there have been departures from the Mukherjee era's approach to international tax. The first of these came when Manmohan Singh appointed a fourmember expert committee to fine-tune the GAAR proposals after the report of the working group set up earlier met with tepid response. It is headed by Parthasarathi Shome, director and chief executive of think-tank Indian Council for Research on International Economic Relations. Shome served as adviser to Chidambaram in his last stint as finance minister Significantly, the committee has three members from outside the finance ministry, and is seen as an attempt to get a wider perspective on the issue.

"There are no macroeconomic links kept in mind when making these proposals," says Sudhir Kapadia, partner, Ernst & Young, referrring to last budget's tax proposals which ran counter to the policy of attracting foreign investment. Kapadia counted 22 retrospective amendments "nullifying court cases" in Budget 2012, the highest he could recollect in one budget.

The 22 amendments, which spooked foreign investors , came at a time when India's current account deficit - the excess of imports over exports - touched a record 4.2 per cent of gross domestic product in 2011/12 and resulted in a drawdown of foreign exchange reserves by $13 billion. Just when India's economic policy had to be sensitive to foreign investment, the tax policy threatened to drive investors away Manmohan Singh responded to the situation by first setting up the committee on GAAR and then another one to address tax problems of MNCs that have set up development centres in India. Singh's media statement after the setting up of the second committee clearly set out the context in which tax policy would be framed. "India does not have a monopoly on development centres. This is a highly competitive field with other countries wanting to grab a share of the pie. There is need for clarity on their taxation," the statement said.

On August 6, Chidambaram in his first meet with the media echoed Singh. "Clarity in stated tax laws, a stable tax regime, non-adversarial tax administration, a fair mechanism for dispute resolution and an independent judiciary will provide great assurance to investors", he said. Chidamabram's first engagement with the media promised a sea change in the gloomy economic environment.

However, sifting through his media statements, the message that comes through is that there are no policy U-turns ahead. In the coming days expect steady work on clearing the choked arteries of the Indian economy.

Why inflation pain will not go away soon

All you need to know about Olympian economics