The Supreme Court's cancellation of coal blocks has left banks with high exposure to the power sector jittery. The apex court judgment will make the fuel costlier for the power sector. Power companies now have to scout for alternative fuel sources, which will certainly come at a higher cost. Then, the miners have to fork out penalty at the rate of Rs 295 per million tonne of coal extracted and the investment or capex in developing the mines has to be written off in the books. "All these are costs with implications on cost of production and profitability for power companies," says a banker on condition of anonymity. 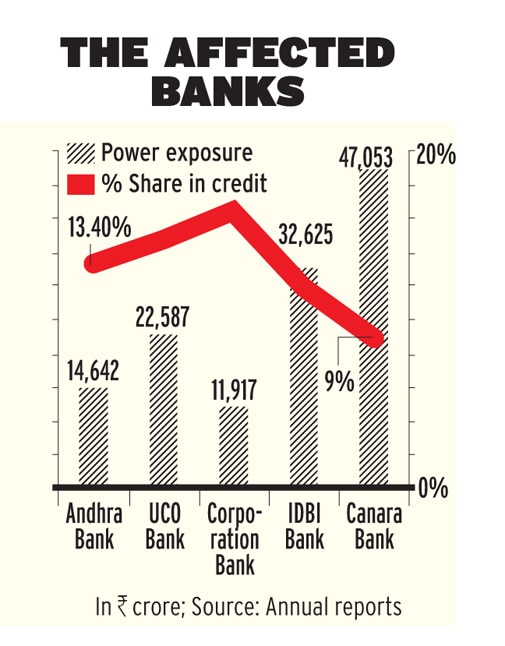 The bankers, however, say assets won't go directly to the non-performing loans account. There is a restructuring mechanism available under the Corporate Debt Restructuring window to provide relief in terms of moratorium on interest rates as well as extension of repayment period. G.S. Sandhu, Secretary at Finance Ministry, has hinted that banks would be approaching the Reserve Bank of India for some kind of flexibility to restructure those accounts. "The way forward is to have a quick plan of action for ensuring that coal supplies are not disrupted and thereafter a swift and transparent bidding process for reallocation of coal blocks," says Arundhati Bhattacharya, Chairman, State Bank of India.

Indeed, most bankers assert that delays in providing coal supplies could affect the entire power sector. Most power companies would agree. Tata Power, for instance, had two coal blocks whose allocation has been cancelled. The company now says that it is looking forward to "opportunities of having a new legally enforceable framework for coal blocks which could be awarded, perhaps at an early time."