Many of the recent initial public offerings were aimed at providing earlier investors an exit route rather than capital formation. 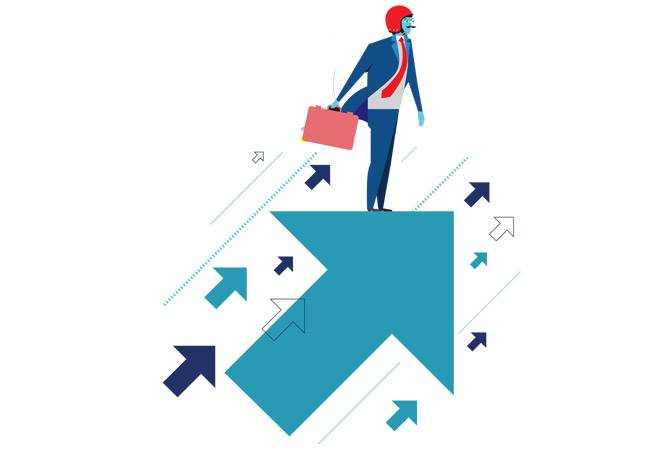 If it was not for some of our investors looking for an exit, we might have not listed our company," says Murugavel Janakiraman, CEO, Matrimony.com. The company, whose initial public offering, or IPO, in September mopped up nearly Rs500 crore at Rs985 per share, got only Rs 130 crore, as the rest went to exiting investors. The stock was subscribed 4.5 times but, since its listing, has had a tepid run, ending the first listing day at Rs901.20. As of September 26, it was down to Rs801.90, 18.5 per cent below its issue price. But Janakiraman is not worried. "The listing has given us liquidity and visibility, apart from allowing earlier investors an exit," he says. "We raised only Rs130 crore as we do not need more money."

Matrimony.com is not a one-off case. The aim of many IPOs in recent months has been to give early investors an exit. Some have been fairly successful, unlike in the past, when the market used to be wary of companies that earlier investors were exiting. What has changed? "The Indian IPO market has matured, one sign of which is the reduced resistance to secondary offerings - IPOs in which no fresh money is being raised," says Ramesh Venkat, founder and Partner at Fairwinds Private Equity. "Investors are looking for quality and growth. Whether it is a primary or a secondary offering is less important." S. Ramesh, Managing Director and CEO, Kotak Investment Banking, agrees. "Investors look at return on equity," he says. "While valuations of some recent IPOs have not been cheap, the market is still ready to pay a premium if it feels the company will deliver high growth."

Financial institutions are also encouraging listing. "Institutions, especially mutual funds, are sitting on huge cash piles and demanding IPOs," says Ramesh. It's a liquidity-driven market. Mutual funds are finding it difficult to buy quality stocks as they are costly across the board. Hence, they are buying shares of companies where they see good growth, especially the IPOs. This is one reason why IPO valuations have been high.

An estimate by Kotak Investment Banking says IPOs worth Rs60,000 crore and qualified institutional placements, or QIPs, of another Rs30,000 crore are lined up for this year, with banking, insurance and other financial services companies dominating. One example is the Rs7,000 crore issue of New India Assurance, which has received Sebi's approval. Bigger issues, such as that of NSE, HDFC Life and General Insurance Corporation, all Rs10,000 crore each, likely to hit the market this year, are awaiting Sebi approval. Alongside, the government's disinvestment programme, with leading public sector units such as NTPC, NHPC, SAIL, Indian Oil Corporation, Rural Electrification Corporation, Power Finance Corporation, Coal India and Neyveli Lignite Corporation, will lead to raising of another Rs70,000-75,000 crore.

How should retail investors respond? Not all IPOs have been a profitable proposition. A study by BT Research shows that if a solitary company's performance is excluded - that of Avenue Supermarts, whose IPO in March was subscribed 100 times and AU Small Fiannce Bank - first day listing gains have been below the fixed deposit rate. "We still leave some discount on the table for retail investors to make listing gains," says Ramesh. But that may not make up for other factors such as high valuations, global tensions and domestically subdued economic climate. "The current IPO market is facing a peculiar situation where high price receives high demand. This is because of the success of some issues like Avenue Supermarts, AU Small Finance Bank and CDSL where retail investors have not got much allotment due to high demand and are, therefore, chasing other issues without judging the quality of the companies," says Gurunath Mudlapur, Managing Director at Atherstone Capital Markets, a Mumbai-based investment bank. He feels one more key aspect of the recent IPOs is that there have been many offer for sales, where the IPO capital is for existing investors, without further value creation for the company, limiting earnings per share growth prospects. Sellers have become cautious. "Indemnity insurance by shareholders who are selling is a new phenomenon in India," says Venkat of Fairwinds. "Sellers are seeking protection from any liability arising out of inaccuracies or incomplete information in the draft red herring prospectus." In the last two years, insurance broking firm Marsh India Insurance Brokers has helped over 50 per cent of the companies which floated IPOs and QIPs to cover the risks arising out of their fund-raising effort. "Exiting shareholders, including PE companies, are covered against claims of misrepresentation, non-disclosure or benefiting at the cost of new investors, should such allegations be made against them," says Sanjay Kedia, Country Head and CEO at Marsh India.

"Capital markets have been in a bull run for over four years now, which is one of the longest positive runs for equities in the near past. Considering the high chance of consolidation and correction at this point and the high valuations at which many recent IPOs are being priced, there is little on the table for the investor," says Mudlapur. "The forthcoming earnings season can be a huge challenge. In this context, the risks far outweigh the rewards," he says. Thus, retail investors could still invest in IPOs, but they should do so with caution.