Questions over phasing out of export subsidies at the WTO may force India to shift to a new trade policy.
Joe C. Mathew | Print Edition: October 8, 2017 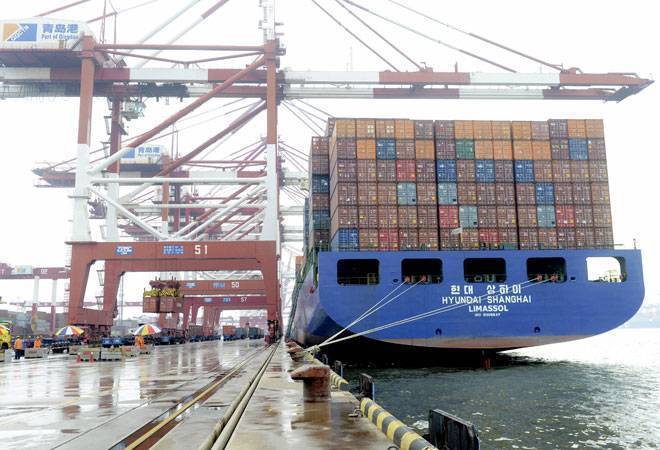 As India gets ready for the third mini-ministerial conference of the World Trade Organization (WTO) in Marrakesh, Morocco, next month, there is a query it could face from other member countries. How, and by when, will it phase out export subsidies that it provides under various foreign trade policies?

This is because low and middle income WTO members which are allowed to provide some export subsidies due to a special and differential treatment provision under the Agreement on Subsidies and Countervailing Measures are supposed to give up such concessions once their GNP per capita exceeds $1,000 per annum for three consecutive years. India has just breached that limit.

There is no doubt that India will have to provide an answer, and the government is working on it. But fixing a deadline for phasing out these exemptions is the least of the problems. What the government will have to do is to replace the subsidies in a way that ensures least disruption in the country's exports. This is a far more important issue,

It was in 2015 that the government had merged all major export incentive schemes like Focus Product Scheme, Market Linked Focus Product Scheme, Focus Market Scheme, Agriculture Infrastructure Incentive Scrip, etc, into a single scheme - the Merchandise Export From India Scheme (MEIS). Since then, the MEIS has been the most important form of direct support to exports. With the threat of phase-out of the MEIS, India's exports, reeling under years of decline until some recovery three months ago, will face huge problems in competitive pricing. The challenge before the government is to address that risk without losing face in the international trade grouping.

What should help the government is the fact that this crisis is not sudden. It was known right from 2010 that India would be moving towards this phase, sooner or later. There have been multiple rounds of consultations with stakeholders - industry, exporters, academia - on the subject. Suggestions range from production-linked support to industry-specific infrastructure support. The introduction of the goods and services tax (GST) was also seen as a measure to reduce the hidden costs paid by exporters. While the GST rollout has happened, the gains will not be visible until the transition pains are eased out and seamless input credit and credit back of IGST payments becomes the norm.

While the blueprint of the alternative arrangement is yet to be known, there is clear indication that there is a draft plan to enable the shift from export subsidy regime to production-based support. One can only hope that the long awaited Foreign Trade Policy review will chalk out those plans very soon.