Why the future of FDI in multi-brand retail looks bleak after the polls. A Tesco store in London

In the first week of April, the Bharatiya Janata Party (BJP) released its election manifesto. The document confirmed the party's opposition to foreign direct investment (FDI) in multi-brand retail. This came close on the heels of the Aam Aadmi Party also declaring its opposition to the ruling Congress's showpiece reform. Indeed, among major political parties, Congress now remains the sole supporter of the policy.A contentious proposal to begin with, its fate now depends on the electoral arithmetic after the general elections. Rachna Nath, Leader (Retail and Consumer) at PricewaterhouseCoopers India, says that the whole issue is now dependent on the number of seats contesting political parties get. "Till then, it's a wait-and-watch game for everyone," she says. 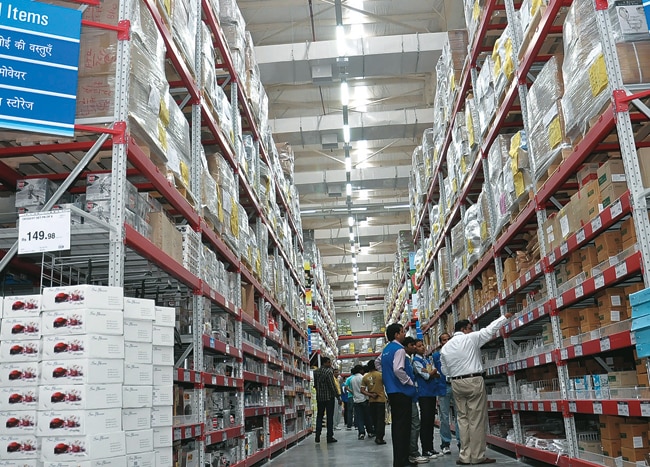 A Walmart cash-and-carry store in India
The United Progressive Alliance government in its second term made several attempts to bring foreign capital into the retail sector. The Indian government allowed 51 per cent FDI in multi-brand in September 2012, a few months after allowing 100 per cent in single brand retail. It did manage to attract some investments in single-brand retail - Swedish furniture-maker IKEA, British footwear retailer Pavers and Swedish retail-clothing company Hennes & Mauritz announced plans for India - but there has only been a single FDI proposal in multi-brand retail so far. British retailer Tesco will buy 50 per cent stake in Tata Group-owned Trent Hypermarkets for $110 million.

Several stipulations in the existing FDI policy are acting as deterrents for global retailers, say industry insiders. For example, the Department of Industrial Policy and Promotion (DIPP), the authority that frames FDI policy, stipulated that foreign retailers with plans to set-up multi-brand chains have to invest a minimum $100 million with 50 per cent of that amount spent in building back-end infrastructure such as warehouses and cold storage facilities. This proposal has upset retailers because investing 50 per cent in back-end operations initially is difficult when the focus has to be on increasing the store count to acquire scale. Harminder Sahni, Founder and Managing Director at retail consulting firm Wazir Advisors, says that it is not an attractive policy for retailers in its present form. "If the new government is interested in bringing foreign investors, the whole policy has to be rewritten," he says.

This appears unlikely after the elections given the opposition to the policy from most political parties. BJP is in favour of FDI in infrastructure and several other sectors but "we don't want FDI in multi-brand retail because that will save jobs in the manufacturing sector," says BJP spokesperson Prakash Javadekar. The main problem is the sourcing of products, according to him. "Global chains are expected to source their products from multiple countries which will lead to large scale job losses in manufacturing," he adds.

The opposition to multi-brand retail is also stemming from the threat that these global chains are likely to pose for local mom-and-pop shops. With their competitive pricing techniques, political parties feel that modern retailers can snatch away business from kirana stores.

Continued uncertainty on the issue of multi-brand retail could send wrong signals to the global business and investor community, say experts. A few months ago, 12 states and union territories had allowed FDI in multi-brand retail. In the last four months, two - Delhi and Rajasthan - have decided to opt out of this list with the formation of new governments. "If I was one of these foreign retail chains, I would be really concerned," says Amitabh Mall, Partner, Boston Consulting Group. 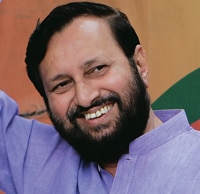 A long break-even period and limited geographical locations are forcing retailers to either hold back their India plans or look for other avenues to grow in the country. Walmart India, which currently operates 20 cash-and-carry - or wholesale trade - stores (named Best Price Modern Wholesale), has plans to open 50 more such stores in the next four to five years. Some consider expansion of cash-and-carry business a strategic decision. Retailers want to build strong network of vendors and stores which could support their front-end business as and when they get approvals.

India is trying to modernise its front-end retail sector. But with entry barriers to FDI being raised, it seems the country has taken two steps backward after a step forward.

Why PE funding in India is going through a churn

Rural Bharat is fast catching up with urban India