The central government is looking at allowing online sale of prescription drugs, but it may have serious implications for society as well as the healthcare sector.
P.B. Jayakumar | Print Edition: July 19, 2015 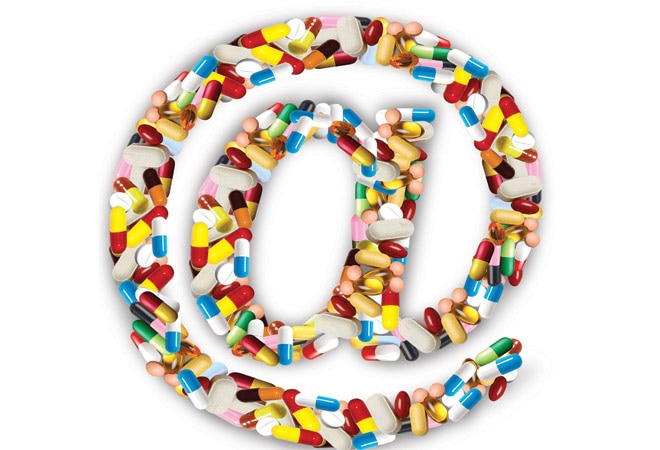 With the Centre willing to rewrite the rules related to sale of prescription drugs, the decks are being cleared for their online sales. In an industry meeting in New Delhi on June 17, Dr. G.N. Singh, the Drugs Controller General (India), said the pharmaceutical industry needs a new regulatory framework to bring e-pharmacy under its ambit. The Drugs and Cosmetics Act, 1945, does not have any provision for online sale of drugs. The regulator is planning to discuss and develop the guidelines within a few months in consultation with various stakeholders, including doctors, retailers, pharmacists and drug manufacturers. "The interests of small retailers will be protected and it will be ensured that e-pharmacy does not disturb the existing supply chain system. The aim would be to integrate e-pharmacy in the existing system," says Singh.

While pressure from industry lobbies is mounting on the regulator to allow sale of drugs online, other stakeholders are raising concerns about the safety aspect of such a move. "We are not going to allow e-commerce of medicines. Now, almost all children are capable of using the Internet and the concept of prescription drugs against a photocopy of a prescription uploaded online to get a medicine can create havoc," says J.S. Shinde, President, All India Organisation of Chemists and Druggists (AIOCD), which has 5.5 lakh medical shops registered as members. The AIOCD is planning a nationwide agitation against the move. The Indian Pharmaceutical Association, too, has written to the DCGI protesting the move.

"THE CENTRE MUST BRING IN FOOL-PROOF LAWS, SYSTEMS AND PROCESSES. ELSE, THERE ARE CHANCES OF MISUSE"

In India, one cannot sell or buy drugs on an e-commerce site. Drug sales are regulated by the Drugs and Cosmetics Act, 1940, and the Drugs and Magic Remedies and Objectionable Advertisement Act, 1945. Under existing laws, only licensed retailers are allowed to sell drugs on the basis of a doctor's prescription. Even for over-the-counter (OTC) drugs, a licence is mandatory. However, many companies are selling drugs online illegally and many more want to take the e-tailing route to tap the Rs 83,000 crore market.

In May 2015, the Maharashtra Food and Drug Administration (FDA) had filed a case against e-commerce major Snapdeal for selling drugs. The Gujarat FDA, too, initiated action against online pharmacies. "By law, there is nothing called an e-pharmacy and, hence, there are no guidelines required to regulate them. If a patient orders sleeping pills online and takes an extra dose, who will be held responsible?" asks Maharashtra FDA Commissioner Harshdeep Kamble. 'The pharma industry needs a new regulatory framework to effectively bring e-pharmacy under its ambit... the interests of small retailers will be protected', says Dr GN Singh, Drugs Controller General (India).
Recently, the Interpol, in a joint operation with other local international law enforcement agencies, initiated action against online pharmacies in 114 countries, closing down over 2,400 sites. From July 1, the European Union has mandated registration of such operators with regulatory authorities. The US FDA, too, recently took action against 400 online pharmacies. The US has comprehensive laws covering e-health and telemedicine.

"The drug distribution industry in India is poised to grow to $55 billion by 2020 and there is no harm in technology acting as an enabler in offering convenience to customers," says Phaneesh Murthy, Chairman of the soon-to-be-launched e-health exchange, PM Health & Life Care, and former i-Gate CEO. "Our lawyers studied the business plan and model. We have devised a system which complies with existing rules. Some former regulatory officials also vetted our system and found it fool-proof," says Hemant Kumar Bhardwaj, Chief Executive of PM Health.

"We will not sell physically to a customer, but note that no medical store keeps a record of prescriptions. It is a fact that patients order drugs over telephone and neighbourhood pharmacies deliver them. Then why is there such a big fuss about this model, which is convenient and customer-friendly?" says Pradeep Dadha, promoter of Netmed, a recently-launched online pharmacy based in Chennai. It has tied up with India Post to deliver drugs across India.

are illegal in India under existing rules

'We are against mobile app-based taxi services'