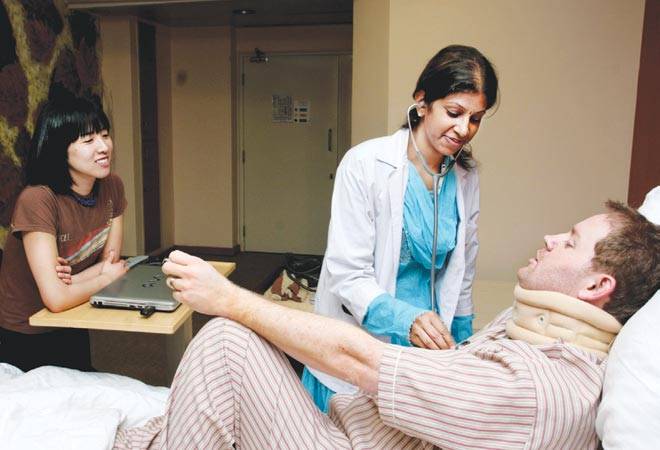 Soon after India ratified the World Trade Organization's (WTO) Trade Facilitation Agreement (TFA) in April to facilitate international trade in goods, the Narendra Modi-led government expressed its desire to have a similar agreement for the services sector. Commerce Minister Nirmala Sitharaman and senior ministry officials have, since then, said on several occasions that India is working on a draft TFA for services, which will be submitted before WTO's 162 member countries and trade blocks for consideration.

For a country that had, so far, only responded to proposals made by other WTO members, the move to initiate a new agenda is a positive development. Reducing barriers in services trade is also in India's interest as it has emerged as the most dynamic sector globally. Besides, with over 50 per cent share in the country's GDP and having contributed about 69 per cent of its growth between 2011/12 and 2015/16, the services sector has been the key driver of India's economic development, too. It has also emerged as the key component of India's export revenues, with a trade surplus that cushions the trade deficit in goods.

What India lacks, though, is clearly segmented data on the nature of foreign exchange earnings from services. While the Reserve Bank of India provides for the big picture in a fairly accurate manner, one often finds it difficult to attribute that revenue to a particular segment of services. For instance, if a patient comes from a foreign country on a tourist visa, and undergoes a wellness or medical treatment, which sector can that revenue be attributed to? Similarly, if a software company outsources a job for an engineering firm, or healthcare enterprise, will it just be software services or a service that can be categorised separately?

The distinction must be made, because it is important to facilitate India's trade negotiators to identify sectors that require policy push for growth. Therefore, the Centre has asked a Delhi-based economic think-tank to develop an institutional framework for collection of data on services trade in a segmented manner. While the draft TFA in services should not be held back until we have a foolproof system to analyse our strengths in services trade, a credible data source is needed for negotiating the best deal. Its importance, however, should not be undermined.

How India can still do nuclear business