To Hell and Back

After breaking out of the below-five per cent growth jinx, the next biggest challenge for the government is to sustain the momentum. 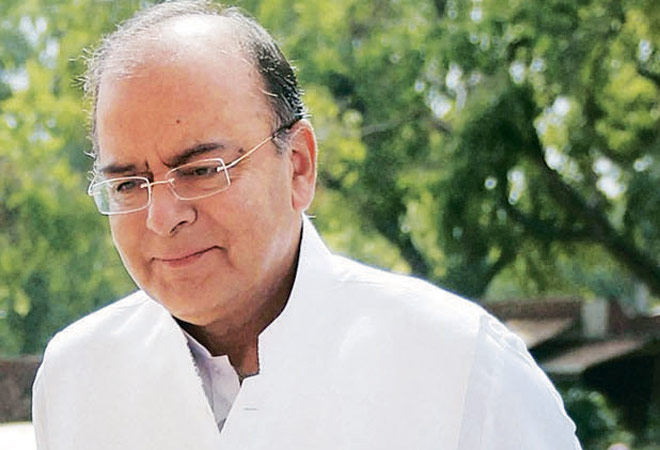 Soon after the GDP data was released, Finance Minister Arun Jaitley was quick to paint a rosy picture (Photo: Reuters)

The cheer is back, at least for the time being. The recent set of gross domestic product (GDP) data released by the Central Statistics Office shows a mild revival in the country's economic growth. GDP growth accelerated to 5.7 per cent in the fiscal first quarter through June, the highest pace of expansion in nine quarters.

Interestingly, it is only the second time in nine quarters that growth has crossed five per cent - GDP expanded by 5.15 per cent in the July-to-September period of 2013/14. Not just the headline number, most components have shown a sharp uptick.

The expansion is led primarily by a rise in activities in services such as finance, insurance, real estate, community, electricity, gas and water supply. Manufacturing, which contributes about 16 per cent to GDP, has also bounced back. It grew 3.5 per cent in the first quarter compared with a decline of 1.2 per cent a year earlier.

Some analysts attribute the high GDP growth to demand push, which partially came from election-related expenditure

Soon after the GDP data was released, Finance Minister Arun Jaitley was quick to paint a rosy picture. "With the long-term impact of the initiatives we have taken, I am sure, the impact in the coming quarters will be much larger," he said in a press conference.

But experts warn that the numbers need to be looked at with caution. There are several imponderables to sustain this pace of growth. To begin with, growth in the agriculture sector is likely to be subdued due to a weak monsoon. From June till September 3, the rainfall is 15 per cent below normal, according to the India Meteorological Department. The met department projects the entire rainfall deficit to be 13 per cent this monsoon season.

An August 26 report by ratings firm ICRA says that "agricultural growth in 2014/15 is expected to range between 0.5 and 1.5 per cent, with a weak performance in the second half of 2014 reflecting the unfavourable monsoon and delayed kharif sowing."

ICRA's expected growth is far lower than the 3.8 per cent the sector recorded in the first quarter.

Another ratings firm, CRISIL, expects the economy to grow 5.5 per cent in 2014/15 despite the constraints because of the low base effect.

"For the remaining three quarters, farm growth will slip due to below-normal monsoon. It is expected that industry and services sector will maintain the growth momentum," says DK Joshi, Chief Economist, CRISIL.

Even though inflation is trending down, a weak monsoon can have an impact on prices, especially those of food products. A high inflation may limit the prospects of the Reserve Bank of India reducing interest rates, which could hurt urban consumption.

Another area of concern is the poor credit offtake from banks as their books are replete with bad loans. This impairs the ability of the private sector to borrow money and make fresh investments. According to a report by audit firm PricewaterhouseCoopers, the total banking credit outstanding was Rs 57.90 trillion as of March 2013. Out of this, stressed assets (a mix of gross bad loans and restructured assets) are Rs 5.91 trillion, which is 10.2 per cent of the total credit outstanding.

The GDP component 'community, social and personal services', which is government spending, grew 9.1 per cent during the April-to-June period. Given that the government is facing a challenge to control the fiscal deficit, there will be lesser room to spend on these activities in the future.

D.K. Srivastava, Chief Policy Advisor at audit and consulting firm EY, says while the economy is turning around, there are significant fiscal risks ahead. "Fiscal revenue targets are likely to be missed.

More than 60 per cent of the full year fiscal deficit and more than 70 per cent of revenue deficit have already been incurred. We need more solid policy foundations for the recovery to be sustainable," he says.

In addition, gross tax revenues have grown at 5.5 per cent in the April-July period. This is far lower than the government's projection of 18 per cent for 2014/15.

The expansion is led primarily by a rise in activities in services such as finance, insurance, real estate, community, electricity, gas and water supply

Analysts say the improvement in business sentiment must be accompanied with substantive policy decisions. The new government has taken steps to improve economic conditions whether by allowing foreign direct investment in some sectors or through the budget, but some important constraints such as land acquisition and labour reforms have to be addressed.

Siddhartha Sanyal, Chief India Economist at Barclays, says measures are needed to remove bottlenecks in areas like coal, power and infrastructure. "Also, better coordination among ministries is needed to speed up project approvals."

Srivastava says manufacturing, construction and mining sectors have done well in the first quarter due to improved demand but it is difficult to sustain. "The government should not curtail expenditure for fear of fiscal slippages," he says. "That could dampen growth. Instead, the correct policy is to focus on growth."