Indo-Pak relations are at an all-time low. But trade between the two is going strong.
By Anilesh S. Mahajan        Print Edition: October 9, 2016 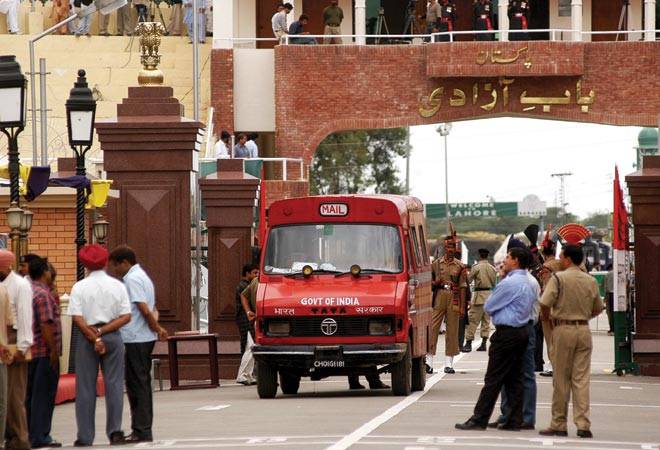 On August 15, Prime Minister Narendra Modi announced a shift in the country's strategy to tackle Pakistan by raising the issue of human rights violations in Balochistan and Pakistan-Occupied Kashmir or POK. The aim was to counter Pakistan's interference in Kashmir and its backing of the insurgency there. However, in faraway Mumbai, cotton traders were working out the nitty-gritties of shipping cotton to Pakistan. The reason - cotton production in Pakistan has fallen 35 per cent this year and imports from India turn out to be much cheaper than from Australia and Africa. Incidentally, Pakistan was the largest buyer of Indian cotton in the 2015/16 season (October-September). It bought 2.5 millon bales (one bale is 170 kg); India's total cotton exports were 6.5 million bales. Traditionally, the biggest buyer of Indian cotton has been China. However, this year, things are different, partly due to the economic slowdown there and partly due to its textile exports becoming less competitive due to rising wages and other factors.

Trade, it seems, is the only aspect of Indo-Pak relations that has not been hit by the deteriorating ties between the two countries. It rose 6.1 per cent to $409.96 million in the first quarter compared to the same period last year. In 2015/16, both countries had traded goods worth $5.31 billion, down from $6.71 billion in 2014/15. This year, though the trade may not surpass the 2014/15 numbers, it is projected to cross last year's level comfortably. It usually surges in winter when demand for fresh fruit, meat, nuts and other agriculture products increases on both sides.

There are good reasons for this optimism. Just as Pakistan is facing a cotton crisis, India has of late been unable to produce sufficient cement due to shortage of fly ash supplied by thermal power units. This has triggered a surge in cement imports from Pakistan. Cement from Pakistan turns out to be cheaper. The average price of a sack of an Indian brand is around Rs 550 but Pakistani supplies are sold at Rs 480-500. Cement imports do not attract basic Customs duty but all major inputs such as limestone, gypsum and pet coke do. Indian cement makers have been pushing for additional duties on imported cement.

A commerce ministry report says more than one million tonnes of cement is expected to be imported from Pakistan this year; the domestic production is 280 million tonnes. The supply from Pakistan is mostly sold in three-four districts of Punjab and some areas of Himachal Pradesh.

India has been traditionally supplying meat, chemicals, artefacts, medicines and agriculture products to Pakistan. This year, there has been a surge in demand for Indian cotton, dairy products and sugar, too. India buys nuts, fruit, cement, leather products, some chemicals and rare earth materials from Pakistan.

India has been pushing Pakistan for normalisation of trade on the basis of the September 2012 roadmap that mentioned removal of all restrictions on trade through the Attari/Wagah border and grant of the Most Favoured Nation (MFN) status to India by December 2012. Pakistan, however, did not adhere to the timeline. India has already given Pakistan the MFN status - which is nothing but a promise not to discriminate against imports from the country that has got the status. Afghanistan also wants to use the Pakistan route to trade with India. However, Pakistan has clarified that it can allow Afghanistan to bring its goods but will not give access to Indian traders. India and Pakistan trade from two routes - the Mumbai-Karachi sea route and the Attari/Wagah land route. There are two other points - Chakan Da Bagh in Poonch and Salamabad in Uri - but they are used only for trade between Kashmir and POK.

ICRIER recently said that informal and indirect trade between the two countries is worth more than $10 billion. The products that are traded include diamond/gold jewellery, scrap, machinery, electronics items and paper. These usually travel through a third country such as Dubai. Both countries lose out on Customs and other duties. Pakistan had agreed to comply with the tariff liberalisation plan of the South Asian Free Trade Area, which would have lowered tariffs, but not much movement has happened on this till date.

However, any big change in the situation is unlikely due to growing political tensions. Both countries have a restricted visa regime, high tariffs and inadequate trade infrastructure. Pakistan's negative list, for instance, has 1,209 items. India's has 614 items. Lack of direct banking channel, limited connectivity and hostile political environment also play spoilsport.