Vodafone verdict: The day after

A three-member bench of the Supreme Court pronounced a landmark verdict in the case of Vodafone in India's most debated tax dispute on January 20. The dispute surrounds Vodafone's acquisition of Hutchison Essar Limited (HEL) in India in 2007 and its obligation to withhold tax on payments made to Hutchison's Cayman Island company (the seller). Under Indian tax laws, liability to withhold tax is that of the payer and default of such obligation makes the payer a defaulter and consequently liable for principal sum, interest and penalties. 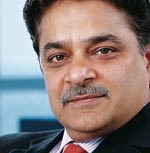 Mukesh Butani
Vodafone Netherlands (the buyer) acquired CGP, another Cayman Island company under the control of Hutchison Group, for a consideration of $11 billion. The tax department argued that the acquisition via the Cayman entity was nothing but a tax avoidance scheme. In substance, the acquisition (of CGP) pertained to Indian assets represented in HEL.

The first round of the dispute at the Bombay High Court and Supreme Court level was in relation to the validity of proceedings initiated by the tax department, which Vodafone lost. Thereafter, the department raised assessments demanding withholding tax to the tune of $2.1 billion, representing capital gains made by the seller. The Bombay High Court largely confirmed the decision of the department. It held that though the isolated sale of CGP shares is not taxable in India, the transaction has to be given a purposive intent. Further, what was also transferred represented 'rights and entitlement' (by way of use of the Hutch brand, noncompete agreement, loan obligations, option for acquiring additional 15 per cent interest in HEL, etc.) and not isolated sale of CGP shares.

The Supreme Court in its January 20 verdict has clarified important principles of law on tax treatment of such offshore transactions in addition to making crucial observations on the need for India's tax policy to embrace General Anti Avoidance Rules (GAAR). A detailed analysis of the judgment suggests far-reaching implications:

1. Vodafone's web of corporate holding structure interposed between CGP and HEL at an offshore level was given a thumbs-up. Taxpayers need to be mindful that the principle of respecting separate legal existence (of each entity) is subject to the satisfaction of a reasonable 'business purpose' test. In Vodafone's case the corporate structure of HEL above India evolved due to business and commercial reasons. The original telecom licence was granted in 1992 when foreign ownership in Indian telecom service companies was restricted to 49 per cent. This was subsequently diluted by allowing foreign investment via holding companies and thereafter 74 per cent direct investment by foreign companies. This coupled with a change in shareholding pattern resulted in a complex offshore structure for the original licensee. This aspect weighed heavily in the mind of the Supreme Court.

2. There are some key lessons on the interpretation of 'indirect' transfer of shares with underlying assets in India and the principle that the reference should be to 'income' and not 'capital asset'. This should come as a relief to private equity investors and financial investors who have often resorted to the structure to effect changes in shareholding. The principle that a deeming income fiction in the (present) law cannot be expanded and artificial 'look through' provision interposed is an added relief to taxpayers coupled with a clarification that it is the Direct Taxes Code (DTC) bill which specifically provides for taxing such indirect transfers.

3. The judgment has given precedence to legal form, though, without diluting the concept of substance. In addition, the tax department's right to judge a transaction and indulge in artificial bifurcation like the Bombay High Court made by allocating a portion of the $11 billion towards consideration for 'rights and entitlement' is not permitted. This joy is clearly short-lived as the GAAR provision under the DTC precisely addresses the 'substance over form' issue.

Some questions still
1. The foremost question that plays in an investor's mind is the applicability of the Vodafone ruling to similar transactions. In my view, the landmark ruling is not a 'blanket warrant' for exempting all offshore transfer of shares with an underlying asset in India. The Supreme Court seeks to distinguish transactions which fulfil the business purpose test as opposed to a structure which has been set up for tax avoidance. I do not rule out a situation where the tax administration will enforce higher degree of scrutiny on similar transactions.

2. As regards continuity of benefit under the Mauritius-India tax treaty, though the Supreme Court has not departed from its earlier position that a taxpayer is entitled to the benefit based on tax residency certificate, it seems that the Court has left the door open for the tax department to guard itself against subterfuges. This is true in the case of the 'form over substance' debate, too. In my opinion, foreign investors who seek to claim benefit under the treaty would be subject to a rigorous business purpose test.

3. Though the 'form over substance' debate will continue, what will be relevant is whether the facts of a particular taxpayer fulfil the business purpose test (the six prescribed criteria). In my view, this is nothing but a principle for applicability of GAAR and could perhaps be tested for each taxpayer.

4. The Supreme Court has made some critical observations about India's overall tax policy, the need for certainty (for the taxpayers and tax administration), and the need to legislate GAAR. While laying down the commercial substance test for applying judicial GAAR, the following tests have been prescribed: participation in investment, the duration the structure has been in place, period of business operations, generation of taxable revenues, timing of exit, and continuity of business on such exits.

5. The Supreme Court has cautioned that the tax department should approach application of GAAR in a judicious manner and concluded that its discretion to apply GAAR to Vodafone was misjudged. In the same breath, the court has supported the need for legislative GAAR in the Indian context, citing examples of other jurisdictions. It has not overlooked the need to take steps for combating tax avoidance, though it has cautioned that its success will depend on implementation.

In conclusion, I foresee the tax administration taking swift action in a few directions. Though it was generally anticipated by the tax fraternity that India would legislate some form of GAAR, irrespective of the passage of DTC, I see the Supreme Court verdict accelerating that process. There has been criticism in relation to the GAAR provision contained in the DTC Bill and the verdict may guide the administration to legislate regulations with safeguards for avoiding protracted litigation.

In the final analysis, I doubt if tax administration of any jurisdiction would have let go of revenues involved in the Vodafone litigation. That said, tax litigation in India has assumed unreasonable proportions. This is true of several other jurisdictions, but the difference in India is the criteria for selection of cases. Internationally, anti-avoidance rules are invoked selectively under exceptional situations and with adequate diligence. The question is whether India will develop its own 'risks-based' criteria for selecting cases that should invite the wrath of the tax administration. Only time will answer this question.

The author is Chairman at BMR Advisors, a tax, risk and M&A advisory firm

The FCCB clock is ticking for India Inc