Banking Mantra: Finance Minister P. Chidambaram, not known to mince words, has warned corporate promoters against wilful defaults at a meeting with heads of state-run banks. In an apparent reference to Kingfisher Airlines Chairman Vijay Mallya, he said: "We cannot have an affluent promoter and a sick company." It may be a downhill ride for the auto sector, but Mahindra & Mahindra wants to change the way people travel. The company's arm, Mahindra Reva, has launched the e2o, a four-seater electric hatchback priced at Rs 5.96 lakh in Delhi. The company claims that driving the e2o for an average monthly distance of 1,200 km would lead to annual savings of Rs 70,000. M&M says running costs will be as low as 50 paise per kilometre. Bihar Chief Minister Nitish Kumar
ECONOMY
With the DMK pulling out of the UPA regime, it is time to rethink alliances, especially keeping in mind the next general elections in 2014. A key political figure emerging from this scenario is Bihar Chief Minister Nitish Kumar, who is hoping to play kingmaker. He was in the capital recently to demand special category status and higher grants for the state.

The Cabinet has cleared the revised National Food Security Bill, which would provide a legal entitlement for cheap grain to about two-thirds of the population, at five kg monthly for each person. Rice would be provided at a uniform Rs 3 per kg (the market price is over Rs 20). Wheat will be sold at Rs 2 a kg (market price Rs 16) and coarse cereals at Rs 1 a kg. This will cost the exchequer around Rs 1.3 trillion.

Rs 3.49 tn Estimate of government borrowings in the first half of 2013/14. This amounts to 58 per cent of the total borrowing programme of Rs 5.79 trillion. Inflationindexed bonds worth Rs 12,000 to Rs 20,000 crore will hit the market from April 1. The average government borrowing size per week will be Rs 15,000 crore.

$730 mn Payment by Citigroup Inc., the third-largest US bank by assets, to settle claims that it misled investors about its condition during the financial crisis. The lawsuit was filed by investors who bought the bank bonds and preferred stock from 2006 till 2008.

MARKETS
State Bank of India, the country's largest lender, has received Rs 3,004 crore from the government as part of the recapitalisation plan for staterun banks. After the infusion, the government's shareholding in the bank has increased to 62.31 per cent from 61.58 per cent. The government plans to infuse around Rs 14,000 crore in state-run banks this financial year to boost their core capital ratios, as they prepare to comply with Basel III guidelines.

The Reserve Bank of India has said customer cheques still not compliant with the new electronic cheque truncation system will continue to be valid and accepted in all clearing houses until July 31.

COMING UP
The CII is organising its annual session on April 3 and 4 in Delhi. The theme is India of Tomorrow: Imperatives of Growth, Security and Governance. Over 2,000 business leaders are expected to attend the event, which is to be inaugurated by Prime Minister Manmohan Singh.

The annual supplement to the Foreign Trade Policy is expected to be unveiled in April. The policy may announce measures to boost exports that will bring down the current account deficit. Interest sops, focus product schemes and incentives to special economic zones are among the measures being considered. 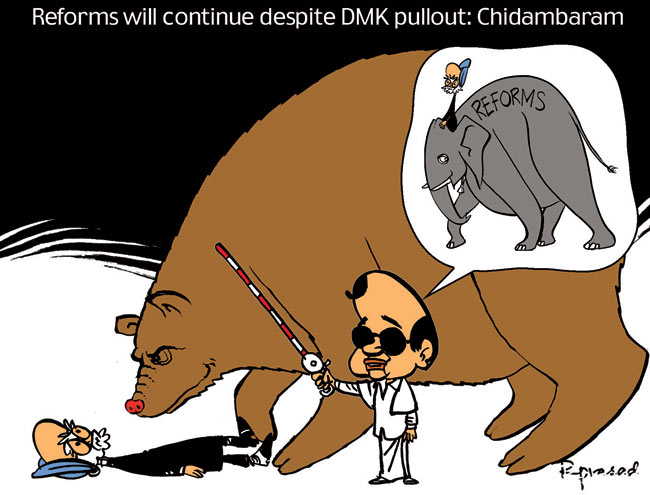