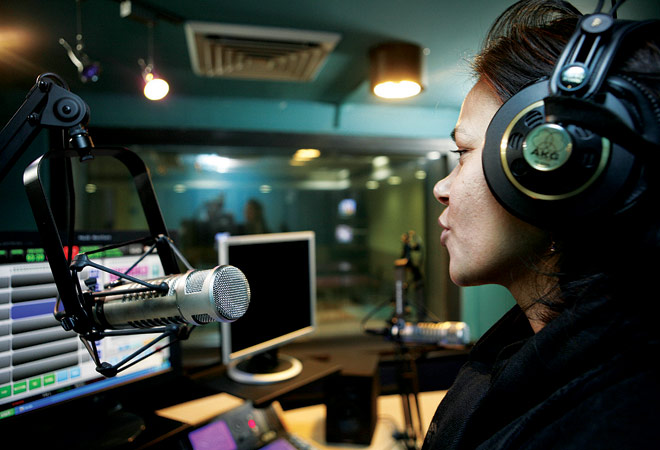 The first part of the recently concluded Phase III FM Radio auctions has seen the costliest bids in the history of the FM industry. Close to Rs 522 crore was bid for stations in the metro cities alone. HT Media (Fever FM) invested Rs 169 crore for the Delhi frequency (almost 30 per cent higher than the original reserve price), while it spent Rs 122 crore for the Mumbai frequency. Similarly, ENIL (Radio Mirchi) bought the Bangalore frequency for Rs 109 crore, by paying significantly higher than the reserve price.

This surely confirms that the most traditional media platform, radio, still commands huge investor interest. The analyst community expects the radio industry to grow upwards of 15 per cent year-on-year.

Once the second part of the Phase III auctions happen (which will cover many of the smaller cities), the projection is that radio would account for 10 per cent of the Rs 1.02 lakh crore ad revenue of the Indian media and entertainment industry, from the existing 4 to 5 per cent.

However, the pain point for all the radio companies is not so much the exorbitant bid prices, but the impact on the profitability of the radio industry at large. "A profitable industry will be rendered loss making," remarks Prashant Panday, CEO, ENIL as he explains the economics of the radio business.

In Phase III, the annual licence fee for the radio broadcasters would be 2.5 per cent of the highest bid received in each city. So, in Delhi, the fee for each broadcaster will be Rs 4.22 crore per annum - an exponential jump from what they paying earlier (4 per cent of revenue). "This is unfair, especially when no other media owner is paying a licence fee to the government. The auctions are designed to benefit only the government," says Apurva Purohit, CEO, Radio City.

The radio broadcasters also have to pay a one-time migration fee for a period of 15 years. In cities with no bids, renewal premiums were higher. For instance, for Coimbatore, which received no bids, the renewal price was Rs 16.9 crore. In contrast, it was Rs 13.1 crore in Indore, a city which saw healthy bidding. "A broadcaster who reported about Rs 20 crore in EBITDA last year will see almost half get eroded because of the change in the fee structure," says Panday.

While it may not be as challenging for the larger radio companies which have a pan-India presence and have the might of a large network to make their ends meet, life isn't going to be easy for the smaller one to two radio station companies. "It is going to be difficult for these companies to be profitable in the near future," agrees Tarun Katial, CEO of Reliance Broadcast, which owns the largest radio network in the country, Big FM.

So, is consolidation on the cards? It seems inevitable.