Pranab Mukherjee's final stint as finance minister lasted a little over three years. It was a stint he is unlikely to recall with pride. Coinciding with two global downturns which came in rapid succession, it saw India's growth slip badly . The rupee too fell steeply, industrial production headed for stagnation, the fiscal deficit and current account deficit soared, while inflation refused to be tamed. A look at key economic indicators during the Pranab era: 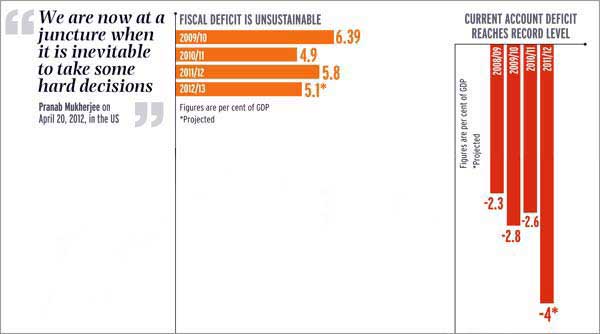 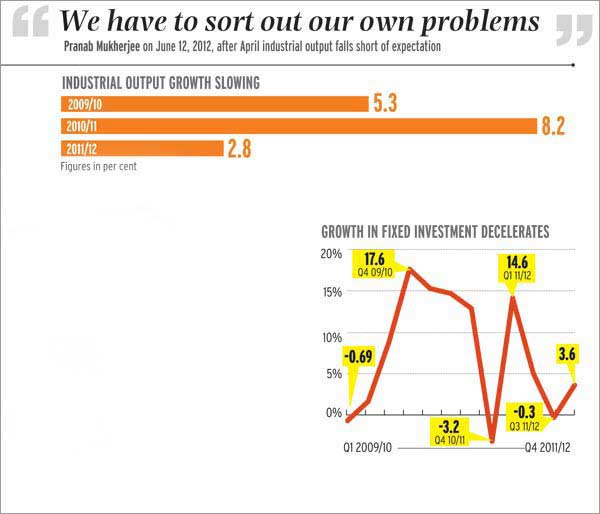 Setbacks to the economy are temporary: Moily