The debate over Article 370 has been revived. How do its provisions affect investment in Kashmir?
Anilesh S. Mahajan | Print Edition: Jan 5, 2014 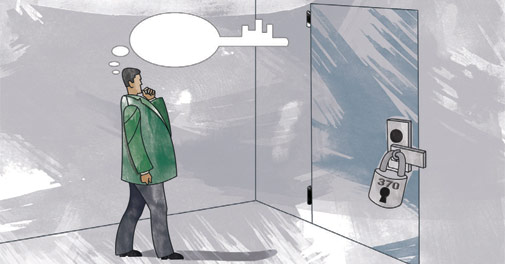 It was the winter of 2011 when Gujarat State Petronet Ltd (GSPL), leader of the consortium mandated to lay the 1,670 km gas pipeline from Mehsana in Gujarat to Srinagar in Jammu & Kashmir (J&K), encountered a roadblock. J&K did not have laws in place to give it the approvals required for laying such a pipeline in the state.

To avoid land acquisition, pipeline companies in the country opt for Right of Use (RoU). They lay the pipeline underground with the approval of the landowner, who can continue to use the property. GSPL officials said they had completed the RoU formalities in other states. But J&K had no provision in its state law to give an RoU at all. GSPL needed amendments to existing state laws, and persuaded the Petroleum and Natural Gas Regulatory Board to convince the state government to bring these about. Now, two years later, the law is in place after the J&K cabinet cleared an ordinance in November. This is despite the fact that Chief Minister Omar Abdullah had been supporting the pipeline project from the beginning.

"Just imagine, when a chief minister is backing the project, it took two years. If someone wants to come and invest without any state government intervention, it would be just impossible," said an industrialist, who did not wish to be named.

Article 370 of the Constitution gives the J&K legislature authority to make separate laws for the state. Indeed, laws approved by Parliament are not applicable in J&K, unless separately cleared by the state assembly. This often poses problems for businesses - they have to follow different laws in the state from those in the rest of the country. Narendra Modi, the Bharatiya Janata Party's (BJP) Prime Ministerial candidate, has now sought a debate on the provisions of Article 370.

One major hurdle for Indian companies is the provision that debars non-residents from buying property in the state. Some companies feel this prevents them from attracting talent. "The small and medium industries in the Jammu and Udhampur areas don't find talent, as people cannot buy property and settle there," says Avinash Rai Khanna, BJP Rajya Sabha Member of Parliament from the state.

Recently, Abdullah's government organised an investment summit in Srinagar, in which all the big corporate houses participated. But by Abdullah's own admission, no big investment rolled in. "We have a population of roughly 10 million, and geographically we are at one corner of the country. So neither are we a market nor at a logistic advantage," he told Business Today. Abdullah ruled out a review of Article 370 on the grounds that it would strengthen the hands of the separatists. But many industrialists still see it as a hurdle in expanding business operations in the state.
Tags: Kashmir | Omar Abdullah | Article 370 | Indian Constitution

'India gave more than it gained at WTO Bali meet'