Rovio, the Finnish computer game developer of the Angry Birds franchise, has now come up with Angry Birds Space . Not only is the new game fun with some new birds such as the 'Ice' bird, but it is also a great way of generating interest in the physics of planetary movements. It includes concepts like 'gravity assist', used by deep space missions such as the New Horizons spacecraft currently travelling to Pluto. The game also has a helpful NASA link.
+ve: Great physics, new 'angry' birds, lots of new levels
-ve: None, really
Price: $1.99 (iPad), Free (Android) 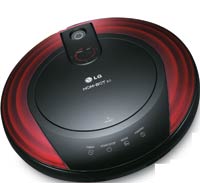 LG Hom-Bot 2.0
Cool, but pointless
Okay, so this is one of the coolest products we have reviewed in a while. Those familiar with the Roomba robot in the United States might be unimpressed, but this is a first for India.

The Hom-Bot robot vacuum cleaner goes about doing its job efficiently untouched by human hands, bouncing off changes in floor levels, even taking stairs in its stride. The powerful vacuum and copper brushes do a great job. But now for the downside. It is expensive and seems illogical in a country where domestic help is not too expensive. One suspects it works better in homes with wall-to-wall carpeting. Though the robot does a good job of cleaning carpets, it does frequently get stuck on the tassels. Great fun to play with, but seemingly pointless.
+ve: Excellent robot vacuum cleaner, avoids obstacles, high 'cool' quotient
-ve: Expensive, brushes can get tangled with carpet tassels
Price: Rs 43,990
TweetYoutube