A new way to buy software and who says cheap can't be cheerful? If people can comfortably buy a book online, why shouldn't they be able to easily purchase and download software on their computer? With computer form-factors getting thinner and thinner, does one really need to have an optical drive on a computer? Steve Jobs might have taken sick leave recently, but the last big thing Apple unveiled, the Mac AppStore, while he was at the helm, could dramatically change the way people buy software.

The Mac AppStore is not very different from AppStore for the iPhone, iPod Touch or the iPad. The interface remains more or less the same. Earlier, buying software online was not a smooth process, but Apple has made things a lot easier. Of course, it has been helped by the fact that Rovio Mobile has launched a version of Angry Birds for Macs, and one can only imagine what it would be like to play that on a 27-inch Mac (it was pretty good fun on a 13-inch MacBook Pro).

Apple has also made buying software easy, and chances are that this will make a lot of money. But it may not be easy enough for those who are yet to be indoctrinated into the cult of Mac.

+ve: Buying software easy
-ve: None, actually.
Price: Available as a free download to all those running recent generations of Mac
Bang for the buck 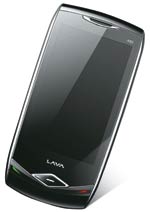 Can Indian manufacturers make a decent mobile device? A feel of Lava A10 makes you certain: yes, we can. The device, though not perfect, has slots for two SIM cards and a rather nice three-inch touch screen. It has quite a few features for a phone at its price - expandable memory, a good music player, and decent speakers.

In fact, the only thing holding it back is poor branding. A fairly inane advertisement for the device aside, the company has not done much on promoting the device, which needs much smarter branding.

And as for the service bit, with even the local kirana store repairing most makes of mobile devices, it should not be a concern any longer.