ONGC Strikes Again: Oil and Natural Gas Corp has discovered a new pool of reserves in the D-1 field of the western offshore basin. The find may make D-1 the basin's third-largest field, after Mumbai High and Heera fields. ONGC is producing 12,500 barrels of oil per day from D-1 and executing a plan to ramp up output to 36,000 barrels per day by February 2013. The latest find will help raise output to 60,000 barrels per day from January 2014. 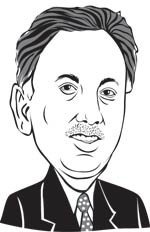 CORPORATE
Infosys won a reprieve when an Alabama district judge ruled in favour of the company in a civil suit. Jack B. Palmer, an Infosys employee and US national, had made allegations of "retaliation" after he blew the whistle on alleged visa misuse by the company. CEO S.D. Shibulal maintained that the company does not retaliate against whistleblowers.

In a major relief to Finance Minister P. Chidambaram, the Supreme Court has dismissed a petition for making him a co-accused in the 2G spectrum case. The court said there was no evidence against him of any criminal conspiracy or that he abused his office.

India has relaxed overseas borrowing rules for companies. Infrastructure and manufacturing companies will now find it easier to refinance rupee loans through overseas debt. With cheap dollar loans, housing finance companies such as HDFC are also expected to benefit.

Maruti Suzuki has resumed partial production at its Manesar plant, more than a month after a worker agitation forced it to shut operations. The auto maker has hired former commandos of the elite National Security Guards to provide security. 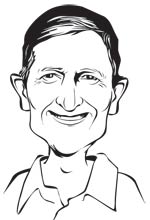 Apple, led by CEO Tim Cook, is now the world's most valuable company ever. The company's stock propelled its value to $623 billion, beating the $620.58 billion record for market capitalisation set by Microsoft in the days of the Internet boom. Apple is now worth 53 per cent more than number two, Exxon Mobil Corp. The tech giant's impending launch of iPhone5 and a smaller, cheaper iPad is exciting markets.

ECONOMY
With Assembly elections in Gujarat and Himachal Pradesh due to be announced soon, fuel subsidies are likely to continue. Prime Minister Manmohan Singh has said that the subsidy on diesel will continue to help farmers in drought-affected districts. The oil ministry has also told Parliament that the government is not planning to deregulate diesel, LPG and kerosene prices. Interestingly, C. Rangarajan, Chairman of the Prime Minister's Economic Advisory Council, has said that the price of diesel is expected to be raised in a couple of months. 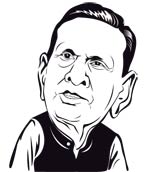 Inflation based on retail prices eased marginally year-on-year, to 9.86 per cent, in July. Consumers have little respite though, with prices of vegetables surging 27.33 per cent, edible oils rising 17.37 per cent, and pulses increasing 12.49 per cent during the month.

$11 billion Overseas investment in Indian stock markets so far this year. Foreign institutional investors have pumped in more than $1 billion in August alone. In contrast, FDI inflows to the services sector fell 18 per cent to $745 million (Rs 4,134 crore) during the April-May period.

Rs 52,446 cr Estimated cost of delays in executing mega infrastructure projects, including 28 power plants, 36 railway projects and 84 road schemes. The cost has gone up 36 per cent from Rs 1.45 trillion to Rs 1.97 trillion.

MARKETS
Non-performing assets (NPA)of public sector banks are on the rise. Gross NPAs of State Bank of India, the country's largest lender, stood at a steep Rs 47,000 crore in the April-June quarter. The bank's NPAs accounted for 4.9 per cent of gross advances against 3.52 per cent a year ago. Punjab National Bank, Canara Bank, Bank of India and Union Bank of India have also seen a spike in NPAs.

The RBI is opening some doors for Pakistan. A Pakistani citizen or an entity incorporated in that country may now purchase the shares and convertible debentures of an Indian company. FDI has been barred in the defence, space and atomic energy sectors and sectors or activities prohibited for foreign investment.

The Board of Approval for Special Economic Zones is set to consider fresh proposals for the taxfree enclaves and other policy issues during its meeting on September 14.

After a nudge from the finance ministry, the Indian Banks' Association is looking to speed up student loans. The association plans to do away with the mandatory collateral requirement for loans up to Rs 7.5 lakh.
TweetYoutube
Tags: ONGC | P. Chidambaram | Tim Cook