The IPL season has kicked off, but advertisers are yet to get excited. Advertisement rates are 15 per cent below last year. A 10-second spot during an IPL5 match broadcast costs anywhere between Rs 5-5.25 lakh for nonsponsors and around Rs 4.8 lakh for sponsors.

CORPORATE
The Supreme Court has declined to reconsider its order cancelling 122 telecom licences in the 2G spectrum case. The rejection marks the end for telcos such as Datacom and S Tel who had been ordered to surrender their 2G licences. The cancelled licences will now be redistributed under the direction of the Supreme Court.

A casualty in Tata Group's hunt for younger leaders has been the Bombay Stock Exchange. It has lost its Managing Director and CEO Madhu Kannan to Tata Sons. He will assist Chairmandesignate Cyrus Mistry, 43, at the $83-billion steel-to-software conglomerate. Kannan, 38, who joined BSE in 2009, was the youngest CEO of Asia's oldest stock exchange. 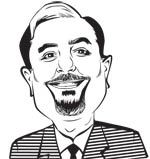 Subhash Chandra
Essel Group's Subhash Chandra has his eye on infrastructure company IVRCL . His group has become the largest shareholder in IVRCL and offered to buy out founder and promoter Sudhir Reddy's stake. Reddy and his associates own just 11.2 per cent in the company, but received offers of financial assistance from fellow businessmen in Andhra Pradesh to increase their stake in the company. The takeover 'battle' was far from over at the time of going to press.

In a rare Presidential decree, the government has forced Coal India to guarantee long-term fuel supply to private power firms. CIL will have to pay penalties if it fails to supply 80 per cent of its commitment. The move will partly mitigate the coal shortage power plants face.

Kingfisher Airlines Chairman Vijay Mallya has finally coughed up a month's salary for his junior staff, numbering around 6,000, four months late. The rest, too, have been assured they will get their dues in a staggered manner.

BMW India has launched the iconic BMW Mini, costing upwards of Rs 25 lakh. India is the 100th country for the British brand. Volkswagen Beetle and Fiat 500 are its main rivals here.

India, China, Nigeria, Indonesia and the United States will lead the world's growth in urban populations in the next four decades, says a new forecast by the United Nations. All five countries will face major challenges in providing jobs, housing, energy and infrastructure for this burgeoning mass. India's cities will add 497 million, increasing the current total population by more than 40 per cent.

The world's leading postal and logistics group , Deutsche Post DHL has acquired Lemuir Group's 24 per cent stake in the joint venture, DHL Lemuir Logistics. Deutsche Post DHL now holds 100 per cent in the venture and has thus further consolidated its position as leader in global freight forwarding services in India. The new entity will be renamed DHL Logistics Pvt Ltd.

ECONOMY
The Reserve Bank of India is seeking views from stakeholders as it formulates its monetary policy, due on April 17. Bankers expect the central bank to cut its cash reserve ratio (CRR), which currently stands at 4.75 per cent. Most bankers expect the RBI to reduce the CRR by 75 basis points (100 basis points equals one percentage point) and hope lending rates will fall after the cut. The step is expected to boost investment.

The expansion of India's manufacturing sector slowed for the third month in March as growth in new orders eased while costs for raw materials kept increasing. The HSBC manufacturing Purchasing Managers' Index (PMI) eased to 54.7 in March from 56.6 in February. In January, the PMI reading was 57.5. Though the index has remained above the 50 mark, which shows growth rather than contraction for the next three years, the sector could still begin contracting in the days ahead.

100 million Estimated 3G connections in India by 2014, according to the GSM Association. There are over 10 million HSPA (3G) connections across the country now. India is poised to overtake the US to become the second-largest mobile broadband market globally, after China, within the next four years, with 367 million mobile broadband connections by 2016.

$20 million Investment by the International Finance Corp in Pragati India Fund, which focuses on small and medium enterprises in states such as Bihar, Rajasthan and Madhya Pradesh. Though the low-income states are home to over 400 million people, they attract virtually no big private investments.

MARKETS
SEBI has allowed listing of local stock exchanges subject to a few conditions. Stock exchanges will now be allowed to list after their regulatory and business functions are separated to prevent any conflict of interest. However, self-listing of shares by exchanges has been barred though it is the norm in some countries.

State-run oil firms are projected to lose over Rs 2 trillion (a trillion is one lakh crore) in 2012/13, due to the government policy of selling both auto and cooking fuel at controlled rates. Diesel prices are currently at an alltime high. Indian Oil, HPCL and Bharat Petroleum lose close to Rs 670 crore a day on sale of diesel, domestic LPG and kerosene.

COMING UP
Infosys will announce its Q4 and FY 2012 earnings on April 13. The currency impact on its performance is expected to be more muted this quarter than in the last, since the rupee has been trading in the 49-52 range against the US dollar in the quarter ending March. Analysts expect its FY 2013 guidance to surprise the markets.

The National Asset Management Co, which is being created following dissolution of the Unit Trust of India, will start functioning in the next three months.

All you need to know about tsunami