Slipping Profits: Mukesh Ambani-led Reliance Industries has posted a 21 per cent fall in fourthquarter net profit at Rs 4,236 crore. While RIL's total income rose 18.8 per cent to Rs 87,477 crore, its other income saw a jump of 150 per cent at Rs 2,295 crore. Gross refining margins for RIL stayed at $7.6 a barrel against $9.2 a barrel in the year ago quarter. Cash reserves stood at Rs 70,252 crore.

CORPORATE
Nokia posted a net loss of e929 million ($1.2 billion) in the first quarter of 2012 due to tough competition and lower demand for feature phones. The world's largest cell phone maker reported sales at e 7.4 billion, down 30 per cent from a year ago period. The company has attributed its sequential decline in mobile phone volumes to reduced sales mostly in India and Europe. India generated the highest sales in mobile devices after China in 2011 and 2010.

HCL Tech CEO Vineet Nayar sports a broad smile these days. His company has registered its best ever quarter in booking terms - over $1.5 billion (Rs  7,767 crore). It posted a net profit of Rs 603 crore in Q3, a rise of 28.7 per cent from a year ago. BT RETRO
In the latest episode in its dispute with the government, Reliance Industries has moved the Supreme Court seeking appointment of an arbitrator over cost issues surrounding the KG basin gas field. For a long time, RIL enjoyed a good rapport with the petroleum ministry; no longer. See Low on Gas, BT, March 18 (www. businesstoday.in/mukesh-jaipal). 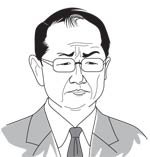 Jim Yong Kim
Jim Yong Kim will be the new World Bank President. He will replace Robert Zoellick, whose term ends on June 30. Kim is the first physician and Asian-American to head the lender, and he will continue the US monopoly on the job.

The Chairman and Chief Executive at Berkshire Hathaway, Warren Buffett, informed investors in a letter that he has prostate cancer that is treatable. In his typically reassuring tone, he claimed his energy level was 100 per cent. The 81-year-old Buffett's stake in Berkshire Hathaway is worth about $44.6 billion, and in recent years he has become one of the world's most generous philanthropists.

ECONOMY
Blame it on policy uncertainty and the slowdown globally. The International Monetary Fund (IMF) lowered its India growth forecast for 2012 to 6.9 per cent from 7 per cent earlier. The IMF, however, has kept its 2013 forecast for India unchanged at 7.3 per cent. The report says tighter fiscal policy and tackling supply bottlenecks are essential to maintain growth. However, Chief Economic Advisor to the Prime Minister, Kaushik Basu said major reforms are unlikely before the 2014 general elections.

The expansion of the Wholesale Price Index (WPI), the country's main inflation indicator, eased marginally in March due to softening prices of manufactured goods. The March headline inflation number came in at 6.89 per cent as compared to 6.95 per cent in February. Meanwhile, the retail price inflation, based on the consumer price index, rose 9.47 per cent in March. The inflation stood at 8.83 per cent in February. High prices of vegetables, milk and meat contributed to the common man's agony.

$1 billion Estimated external commercial borrowing window for aviation sector. The cap for individual airlines is pegged at $300 million. This is likely to help cash-strapped carriers such as Kingfisher Airlines to raise working capital abroad.

$112.5 mn Worth of recent FDI approvals. Shantha Biotechnics got the nod to hike foreign equity. Mahindra&Mahindra got the approval for a JV for radar systems.

MARKETS
Following the RBI's 50 basis points cut in repo rate, banks are easing the pressure on deposit and lending rates. IDBI Bank was first off the block in bringing down rates on loans and fixed deposits. Among other measures, ICICI Bank cut interest rates on retail fixed deposits for various tenors by 25 basis points. HDFC Bank has promised to cut its rates. Consumers can expect lower rates on home, education and auto loans.

UBS has downgraded Indian shares to 'Neutral' from 'Overweight' and sees better investment opportunities in China. The investment bank feels that India is less likely to see downside surprises on inflation, and hence no aggressive rate cuts.

COMING UP
Apple will start selling its new iPad in India from April 27. The Wi-Fi only model will start from Rs 30,500 and the one with 3G connectivity will cost at least Rs 38,900. The new iPad supports 4G. Airtel has launched 4G services in Kolkata.

Over 100 top companies, including Reliance Industries, Infosys and HDFC Bank, will participate in Citi's investor conference in Mumbai from May 30 to June 1.

A faster version of Akash, the low-cost tablet computer will be launched in May, according to Telecom Minister Kapil Sibal.

How India elects its President