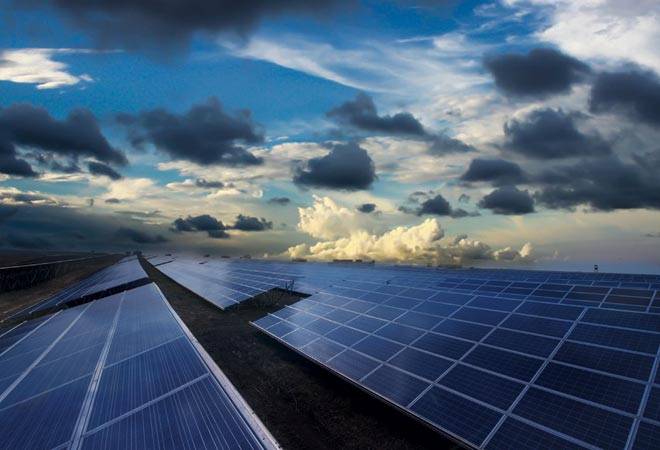 In the last week of April, SunEdison, the world's largest solar energy company, filed a bankruptcy note (Chapter 11 filing) in the US. Its tremors could be felt even in India. In the past two years, SunEdison had become the axis of India's run to become a global solar hub. It had developed 700 MW projects and another 1,500 MW were in the pipeline. This includes a 500-MW solar park in Andhra Pradesh, where it committed to provide electricity at Rs 4.63 a unit. This February, SunEdison had signed a PPA (power purchase agreement) with NTPC and state distribution companies, after elbowing out 32 companies last November to bag the project.

The project is one of the biggest to be executed by one firm in India. The government for the first time lowered the construction risk, and allocated land for this project along with the assurance that NTPC would off-take the entire generation. SunEdison has time till March 2017 to execute the project. For financial institutions, which were uncomfortable about the 'risky' project, the news of the bankruptcy has confirmed their worst fears. If SunEdison fails, NTPC would be free to encash the bank guarantee of about Rs 150 crore and call for fresh bids.

There is trouble for other companies, too, which followed SunEdison's footsteps and bid lower tariffs. Financial institutions and banks are averse to finance projects with less than Rs 5 per unit tariff commitment. They believe these bids are aggressive and too risky, and are suspicious of the fate of seven out of the 10 bids that made commitment below Rs 5 a unit, which several observers say is the new normal. It all started in July 2015 when Canadian company Sky Power bid Rs 5.05 per KwH for a 350-MW solar park in Madhya Pradesh. Just before SunEdison's bankruptcy note, Sky Power said that it was looking for partners. But market insiders feel the boat is shaky for them, partly because SunEdison too had tried to find equity partners and financers for its ambitious project for the past four months, but failed. SunEdison's officials, though, are still hopeful that their India story is not over, and they will execute all committed projects.

SunEdison's fate has also shaken the confidence of Indian solar power developers, who were earlier busy in engineering the crash of solar tariffs. On the face of it, Indian operators like Manoj Upadhyay of Acme, Sumant Sinha of ReNew Power or Sunil Jain of Hero Future Energy appear happy as they believe market prices will now correct. But on the ground, their projects too are facing problems because of lack of confidence of the bankers.

These financial institutions want the operators to put in more equity to access debt. Indian banks have their own challenge; they are yet to get a grip on their non-performing assets, many of which are from the infrastructure sector. Data from RBI show show that about 14 per cent of loans to the industry have soured or been written off. SunEdisons bankruptcy has only added to their woes. The existing Indian solar players have much lighter balance sheets. Sinha's ReNew Power, which has installed capacity of more than 1,000 MW (solar and wind combined), is one of the largest renewable energy firms in India. The company refused to share revenue numbers, but a back-of-the-envelope calculation suggests that, the revenues could be around Rs 1,300 crore. At current prices of panels (Chinese), one would require at least Rs 6 crore to install 1 MW of solar power. This can reflect how deep the impact could be if existing players are expected to shell out more equity.

This is bad news for Union power minister Piyush Goyal. This fiscal is scheduled to witness financial closure of more than 8 GW of solar projects, which would mean an additional investment of Rs 48,000 crore. Till date, India has installed capacity of 6.7 GW of solar, and has a roadmap for 100 GW in place. The country is expected to offer projects of 24 GW this year. At best, bank officials say they want 40-50 per cent equity participation before releasing the debt component. In most infrastructure projects where banks are comfortable, they financed 70-80 per cent of the project cost. This means operators would require more cash, since many of them are start-ups and don't have deeper coffers. What makes matter worse is another 1,000 MW under development projects of SunEdison may not see the light of day. The agreements require the projects to be delivered on time, failing which the PPA would be scrapped. Amid the hullabaloo of dipping confidence of investors, the CEO of Fortum India, Sanjay Aggarwal has put up a brave face. The Finnis company committed Rs 4.34 KwH for a 70-MW project in Rajasthan. On April 27, it, too, documented a PPA with Rajasthan and NTPC. Before that Aggarwal managed to convince the parent company to commit investment of euro 200-400 million in solar operations, a big chunk going into its Rajasthan project. Fortum, too, faced difficulty in scouting financers, and now the condition has deteriorated. However, Aggarwal is confident that they will be able to use the balance sheet of their parent and complete the project by May 2017.

The last thing Goyal wants is a squeeze of funds for these projects. He is working out a mechanism to push easy funding through IREDA, till the time the tide settles. In the past two years, India witnessed solar tariffs slide by 33 per cent. During this period, world has seen the tariff in Dubai crashing to $0.03 a unit, where radiation levels there are better. India, like Dubai, follows reverse bidding method, which is blamed for the tariff crash and 'over aggression' of players. For example, in China the tariff for the projects commissioned in 2016/17 is already determined at $0.12-$0.15 a unit; the country is expected to add 16 GW this year. Goyal expects India numbers to surpass that this year, but collapses like that of SunEdison or not-so-healthy situation of Sky Power and others would only add to his problems. And put a question mark on realising PM Narendra Modi's objective of having 100 GW solar capacity in the next six years.

Government clamps down on round-tripping