Infosys must bring back Narayana Murthy to return to a high growth path.
T.V. Mohandas Pai | Print Edition: May 12, 2013

The IT industry is doing reasonably well because the United States appears to be returning to the growth path. We have seen 1,35,000 applications for H1-B visas. The bills being introduced by US Senators seeking to curb H1-B visa usage may not pass with the proposed restrictions - the US is not producing enough engineers and there will be a serious shortage of skilled manpower.

We have also seen the settlement of the euro crisis. Nasscom's target of 12 to 14 per cent growth rate for the IT industry in 2013/14, therefore, has great credibility. What happened at Infosys was a very company-specific issue. It is trying to morph into an enterprise-led, consulting-led solutions company and is making heavy weather of it. A growth rate of six per cent for the full year (2013/14), I think, is ridiculously low. 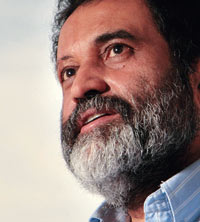 Infosys has always done well under a charismatic strong leader. Murthy has been one. He is a business icon and a man of great intellect with a proven track record: T.V. Mohandas Pai
One of the issues is that the Infosys strategy was not detailed enough. Second, in the last two years the company did not have a proper management structure in place. In 1999, before the Nasdaq IPO (initial public offering), Infosys had a COO (chief operating officer) in Nandan Nilekani and N.R. Narayana Murthy was Chairman and CEO. In 2001, Nandan became the CEO and Kris Gopalakrishnan the COO. When Kris became CEO, S.D. Shibulal became COO. There were always two people sharing the responsibility.

The COO handled operations while the CEO focused on finance, strategy, HR and sales. But in June 2011, when the board decided to appoint one of the founders as CEO, they did not appoint a COO. The entire burden of running the company fell on one person. It has not worked well. The burden fell on one person at a time of very rapid change in the company's strategy. Also, it was a period of reorganisation for Infosys and the marketplace, too, was hostile.

Obviously, in the last two years the company has shown indifferent growth and the strategy has not been executed well. Until Murthy retired, Infosys understood the market better than anybody else. Now, there are inconsistencies in its communication.

To me there is a four-point solution. First, Murthy has to return to the board again but as a mentor, with a specific task to remould leadership. Second, the company must have a new CEO-COO team to rebuild faith among customers, investors and employees. Third, the new team should be given adequate freedom to rework the strategy and go for growth. Fourth, there is also a need for change in the board composition with the induction of fresh blood.

Why does Murthy need to come back? Infosys has always done well under a charismatic strong leader. Murthy has been one. He is a business icon and a man of great intellect with a proven track record. His absence is being felt by the company.

The company's culture is built on high quality internal leadership. Murthy's leaving without settling the transitional process has hurt. He retired at the age of 65 and the board has passed a rule saying that new directors can stay on till 70. Murthy should be brought back for the next three years just as Steve Jobs made a comeback at Apple.

There are good leaders. Ashok Vemuri, B.G. Srinivas and V. Balakrishnan are all capable leaders who have been there for a long time and understand the company. Putting them in charge right now will be the right thing to do. Bringing in an outsider now for the top positions may not work as some healing is needed. However, introducing new senior talent is necessary.

Those who have been on the board for a long period of time should be replaced by new directors to bring in a fresh perspective in a very new market. I think the gap between the board and the company is huge now. The chairman and CEO typically connect the board with the company. In Infosys, the chairman is new, independent with a tremendous track record and has done well in the transition. But it is a complex company, very internally-driven and the connect needs to be rewired at the management level. The time for revamp is now.

The author is a former board member, Infosys. He is the currently the Chairman of Manipal Global Education As told to Goutam Das

How Golden Quadrilateral is helping the economy grow