How the burger crumbles

The spat between Vikram Bakshi and McDonald's points to the clear and present danger in most joint venture agreements.
Shamni Pande        Print Edition: Oct 13, 2013 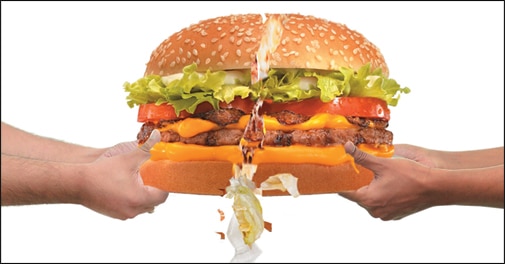 Joint ventures can sometimes be like minefields. One misstep and they blow up in your face. Take the recent spat between global fast-food chain McDonald's and Vikram Bakshi, for example. Bakshi was the Indian partner of McDonald's for 18 years, with equal stake in their joint venture, called Connaught Place Restaurants Pvt Ltd (CPRL). At the end of August, McDonald's suddenly announced that Bakshi would cease to be Managing Director (MD) of CPRL as his term had ended.

Bakshi has challenged the decision before the Company Law Board (CLB). He told the board in his petition that McDonald's removed him in a bid to buy out his 50 per cent share for a low valuation. McDonald's has its own justifications for the action. As the two sides slug it out, many have wondered whether this was a hostile takeover bid by a foreign partner.

The legal community is not convinced. "This doesn't appear to be a case of a hostile takeover, it seems a classic case of a shareholder dispute," says Sidharrth Shankar, Partner, J. Sagar Associates. He stresses this is his personal view, not his firm's.

The battle between McDonald's and Bakshi is the latest of many such joint venture disputes in India in recent years. Each case may have been different, but trust and mismanagement issues lie at the heart of almost all of them. German stationery company Faber-Castell is also locked in dispute with its local partner, Anup Bhaskaran Rana. It has filed a petition against Rana, MD of the Indian venture with 10 per cent share in the company, alleging mismanagement and misappropriation of funds.

Some cases are settled quickly, others drag on for years. In one of the more high-profile disputes, consumer goods giant Dabur India took Swiss multinational Nestle to the CLB in 2000 to appoint an independent administrator for their joint venture Excelsia Foods and also give an undertaking for a non-compete agreement because of fears Nestle planned to enter the biscuit market on its own. The case was eventually settled with both sides parting ways and Excelsia being wound up.

More recently, cracks appeared in the telecom joint venture between Norwegian telecommunications company Telenor and real estate major Unitech following the 2G spectrum scam in which their joint venture got embroiled. Telenor wanted to break away and accused Unitech of misrepresentation of facts. It even made an indemnity claim against Unitech, before the case was mutually settled last year. The joint venture has been dissolved.

Rajat Wahi, Partner, Consumer & Retail Practice, KPMG India, says joint venture disputes are more common in emerging economies where foreign multinationals tie up with new, local partners. "Often, when the JV companies are growing, the foreign partners tend to lose sight of, or overlook, how day-to-day management is being handled," he says.

A new bill may come to rescue of power distribution cos

Change is in the air for India's top-tier IT companies