With changes in the Mauritius treaty, the government has closed two popular destinations of round-tripping.
By Dipak Mondal | Print Edition: June 5, 2016 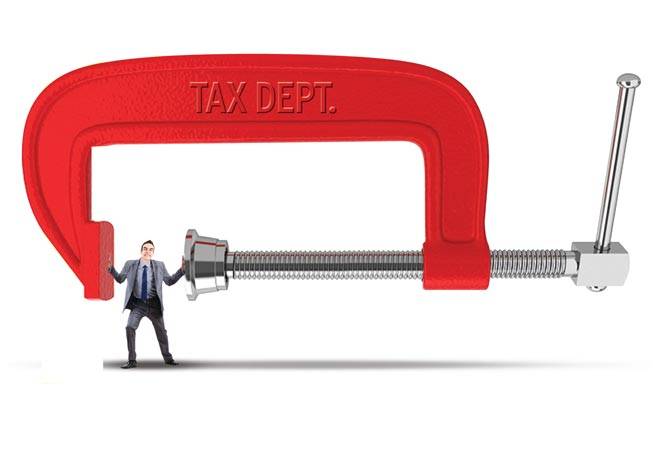 It is the end of the road for many 'shell' companies that used the Mauritius and Singapore routes to invest in India, and make gains without paying taxes here. After a long and hard negotiation, Indian and Mauritius governments have ironed out changes in their existing tax treaty, allowing India to tax capital gains from the sale of shares in Indian companies by entities based out of Mauritius.

Though the decision has been hailed as a move in the right direction, as it brings certainty to the treaty laws, there are apprehensions that it may dampen the spirit of foreign portfolio investors. This is because the change in the Mauritius treaty also effectively means that the exemption on capital gains tax from Singapore treaty - unless amended - would also cease to exist. The Singapore treaty entails that the capital gains exemption under the treaty would remain in force only till the time the Mauritius treaty provides such exemptions.

This means that the government has, at one stroke, closed the two most commonly used tax regimes for avoiding paying taxes in India. The move will impact investments from foreign portfolio investors (FPIs), as well as venture capital and private equity funds from the two countries. They account for a significant part of the foreign direct investment (FDI) coming into India. Between April 2000 and December 2015, Mauritius and Singapore accounted for 50 per cent of the total FDI inflows into India, with Mauritius alone accounting for 34 per cent.

"With this development, the two most popular jurisdictions for routing investments in India would no longer be tax efficient from the financial year 2019/20. This is expected to impact funds and companies from the US who used to come through Singapore/ Mauritius to avoid double taxation in lieu of peculiarity in the US domestic tax laws pertaining to foreign tax credit," says Amit Maheshwari, Managing Partner, Ashok Maheshwary & Associates.

A Nomura report, however, says that it does not "expect the treaty changes to significantly affect FDI inflows into India, as FDI is driven by more fundamental factors such as growth opportunities in India and ease of doing business, among others. However, inflows attributed to round-tripping could moderate". It quotes a 2011 study of top equity inflows into India during 2004-09 which stated that about 10 per cent of FDI inflows could be linked to round-tripping.

Equity markets have been jittery following the announcement of the treaty changes (on May 10), as the benchmark index - BSE Sensex - dropped 176 points (0.7 per cent) from 25,773 to 25,597, the next day, mainly on concerns that the change in tax treatment may lead to a pull-out of FPI investments. However, the fact that the amended treaty only talks about taxation of shares, and does not specifically mention derivatives gives some hope to FIIs, as derivatives account for 90 per cent of all equity trading in India.

According to the provisions of the new treaty, India has the right to tax any capital gain from the sale of shares in Indian companies by a Mauritius-based entity after March 31, 2017, till March 31, 2019 - at 50 per cent of the domestic tax rates, if the Mauritius entity fulfils the Limitation of Benefit (LOB) clause.

The LOB clause put down in the amended treaty requires the Mauritius entity to at least spend Rs 27 lakh (or 15 lakh Mauritius rupees) on operations in the immediately preceding 12 months. Under the Singapore treaty, a company can avail treaty benefits only if its expenditure on operations is at least $200,000. From April 2019, India can tax such gains at full tax rates. (See Major Changes). The treaty, however, has a grandfathering provision for any investments made till March 31, 2017 - that is, any investments up to the date would continue to avail the benefit under the existing tax treaty. Under the existing treaty clauses, India does not have a right to tax short-term gains made by selling shares of Indian companies by Mauritius-based foreign institutional investors (FIIs). Apart from that, there is no LOB condition in the existing treaty.

Daksha Baxi, Executive Director, Khaitan & Co, says, "The grandfathering provision ensures that there is no upsetting the apple cart for all those who have already invested in India through Mauritius under the existing provisions in the hope of saving Indian capital gains taxes, till March 31, 2017. Whatever the government had committed (that there would be no retrospective changes), it has fulfilled."

With the two most popular FPI routes - Mauritius and Singapore - losing the tax arbitrage, companies are already looking at other countries such as the Netherlands and Cyprus that provide tax efficient investment routes. Any Indian entity making a payment to a person or entity based in Cyprus requires to withhold 30 per cent tax, since Cyprus is a notified non-cooperative tax jurisdiction. This makes routing of investment through Cyprus less attractive. The Netherlands already accounted for 6 per cent of cumulative FDIs into India between April 2000 and December 2015. However, experts believe that FPIs can use the tax treaty to their benefit only if they can get around its complex tax laws.

The Netherlands treaty entails that if a Netherland-based entity holds less than 10 per cent share in an Indian company, the capital gains from sales of shares of such Indian companies is not taxable in India. "Given the fact that the capital gain exemptions are available only to those investors who hold less than 10 per cent shares in Indian companies, the route could be used by FPIs and not VC and PE funds," says Rajesh Gandhi, Partner, Deloitte Haskins & Sells.

However, given the global war against corporate entities using tax havens to avoid paying taxes on a majority of their profits, and India being at the forefront of this war - under the aegis of Organization of Economic Cooperation and Development - it is unlikely that the government will leave many loopholes to be exploited.