In today's global offices, managers are reporting to as many as four bosses, each with conflicting priorities and impossible deadlines. As a result, navigating between numerous reporting points can be trying, but there is a way out of this complex work matrix. A report by Tejaswi Shekhawat.

Smitashree Menon, 39, Head (Talent Acquisition, India and Emerging Markets), Motorola, has recently stepped into her new role. While the young manager has an effortless grasp on her functional area, she is literally dealing with a multi-faceted issue—Matrix reporting (Read: multiple lines of reporting, which has a geographical spread across various functions with or without an authority line). Smitashree Menon, Head (Talent Acquisition, India and Emerging Markets), Motorola
Menon reports to two bosses and has deliverables spread across five countries. “I report to Bangalore and Beijing. But my deliverables are quite diverse as I also study markets and provide inputs for Vietnam, Indonesia, The Philippines and Thailand,” she says.

One month into the new job, Menon has learnt a few valuable lessons— switching her hats and being adaptive. “I have two bosses—in Beijing and Bangalore. It is important to keep the cultural aspect into consideration. Understanding cross-cultural differences is critical. We (Indians) are very aggressive and communicative. I can go an extra mile if I know what I am doing is right. But the Chinese, on the other hand, are more reserved and used to functioning in a controlled hierarchy,” she says.

So, Menon had to adapt her ways to suit the more conservative style of her Beijing manager. Managing more than one boss means being adaptive. Follow their lead and wear the hat that suits them best, she says. In the same breath, Menon points out: “I feel that matrix reporting gives a lot of synergy and a clear sense of direction from the functional point of view as I gain core depth in my expertise. But on the flip side, unless your goals are interlinked and you have a clear and tangible role, there are a lot of grey areas.”

In today’s global offices, managers such as Menon almost always report to more than one person—they might even have three bosses. Hence, matrix reporting has become a norm. “Matrix reporting is important to leverage the power of the organisation across all sectors,” says Pramod Bhasin, President & CEO, Genpact, which manages business processes for companies around the world. 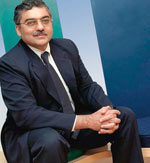 Ashish Bhasin, CEO (Southeast Asia), Aegis Media
Hence, in the new work environment, managers may report to as many as four bosses, each with conflicting priorities and impossible deadlines. It’s hard enough managing one boss; if you’re navigating more than one reporting point, you do face a serious challenge.

“In my opinion, which is based on extensive research, I believe that a majority of Indian managers cannot deal effectively with multiple bosses,” says Deepak Gupta, Country Head and MD, Korn/Ferry International.

Communication is the key

Nand Kishore, Director (Automotive Lighting), Philips India, has turned matrix reporting into a fine art. He is left with little option; his matrix is spread across the globe—Hong Kong, Japan, Korea, Germany, France, and the US—and his routine, in a nutshell, is stretched working hours. Kishore, who is in his early ’50s, chants the “planning in advance” mantra when asked about how he works around it. Taking a positive stand on his matrix, he says: “It’s all about how you take it. Technology and multiple communication networks have made it simpler.”

His biggest challenge was in getting the bosses to see the problem with the same intensity. “My immediate boss sees the situation better and with more perspective than my dotted line boss (i.e., functional boss). Geographical differences only make matters worse. The solution lies in connecting to people in the right way.”

Communication works best in these situations, he says. “Your bosses may not know how stretched you are. Given the crazy work pressures each of them would have, it’s likely that they are just not aware of the work you’re being dumped with by other managers. 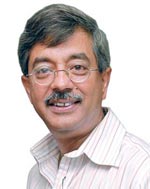 Pramod Bhasin, President & CEO, Genpact
The solution lies in speaking up,” he adds. Kishore believes in keeping it simple. The veteran manager feels it is important to clarify with each boss the work you are expected to do, explain what the other bosses want and how you can divide your time optimally between all of them, mark e-mails on critical projects to all, so that everyone is in the loop on what your workload is at any given point in time. “My experience is that if you are upfront and clear about the situation and keep realistic deadlines, then you should be fine,” feels Kishore.

Agrees Nina Chatrath, Senior Consultant, Korn/Ferry International: “Inevitably, when working for multiple bosses, one is swamped with tasks that all need to be done at the same time. Of course, you’re only human and there are only 24 usable hours in every day.

So, set your agendas ahead of time,” says Chatrath. Reporting to multiple bosses herself, she counts herself among the lucky few to have understanding bosses. But she feels it’s critical to be crisp and prepared and to know whose tasks get top priority, as reporting lines get blurred in matrix reporting. “Sometimes, it might be a certain type of task that takes priority, regardless of who assigns it to you. And you have to make that decision. Keep organisational interest on top while deciding.

Just make sure that all parties are clear about the way it works. You don’t want one boss feeling that he is always getting shoved to the bottom of the list,” she says.

Ravi Verma, 48, Vice President & Global Head (Human Resources), Nucleus Software, was lost initially, trying to work for multiple bosses. “It’s the balancing act that is a challenge. Working for multiple bosses requires serious organisation. You must constantly monitor the tasks and projects assigned by each individual. You must track various due dates, meetings, and timelines. There were times when I found it very difficult to meet expectations.” Eventually, he discovered his way out of this maze. “My solution lay in focussing on one important person, clarifying expectation and discussing the situation with others.”

So, what are the lessons he learnt from his matrix? “I think it’s very important to keep everyone in the loop. Optimise your outlook, colour code items on your task list and use different inboxes for different people. Being organised is the key,” he adds. There are, however, challenges galore. Since you’re part of many cross-functional teams, all at once, you have multiple reporting relationships to different people, who’re not just at different levels, but at different places, too. And each one of them wants his work completed first. You find yourself at your wit’s end trying to please everyone. But that’s exactly what you need to avoid. “I never let anyone up there dissect me threadbare,” says Verma. 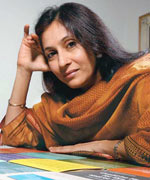 Nina Chatrath, Sr. Consultant, Korn/Ferry International
Pleasing many masters is a tricky business. But Bhasin feels it’s not all that difficult. “Though I feel performance is not a binary function, the focus should be on who gives you the increment and who impacts your salary,” he says. But Gupta begs to differ. “That’s a very cut and dried way of doing it. It’s a very practical and simple way. But in real life, it’s far more complex. You need to balance out every one,” he feels. “No two people handle their work in exactly the same way—even people who do the same job. You need to be aware of the differences in your boss’s personalities and in their work styles. There should be a clear understanding of what your boss wants from you, his perspectives and constraints,” he adds.

Ahead of the curve

As one of the many bosses to country managers, Ashish Bhasin, CEO (Southeast Asia), Aegis Media, feels that bosses these days are sensitive to the needs and constraints of the people reporting to them. For a company like Aegis, which has a number of specialised units under it, the challenge lies in coordinating between the functional boss and specialist boss, he says. “Sitting at the top of the matrix, it’s more of a coordination issue, with a lot of people reporting across various functions and geographies.

You need to recognise the fact that we live in virtual worlds amongst criss-cross wires. Good understanding and interpersonal skills from both the manager and the boss lead to successful functioning,” he says. As today’s executives are frequently required to communicate remotely across borders and continents, as well as across language and cultural barriers, those who possess great “people skills”, such as empathy, or the ability to sense what others are feeling, will be most successful in a global environment.

“Executives can achieve this by becoming more attuned to the values and aspirations of their workforce while connecting with ‘the field’ as much as possible, in person as well as virtually,” feels Chatrath. Working for multiple bosses has its fair share of positives—a faster learning curve and exposure to multiple areas and geographies, better organisation and management skills, and finally, a better chance that your hard work gets recognised and appreciated. If handled well, it could well turn out to be a win-win proposition for you.